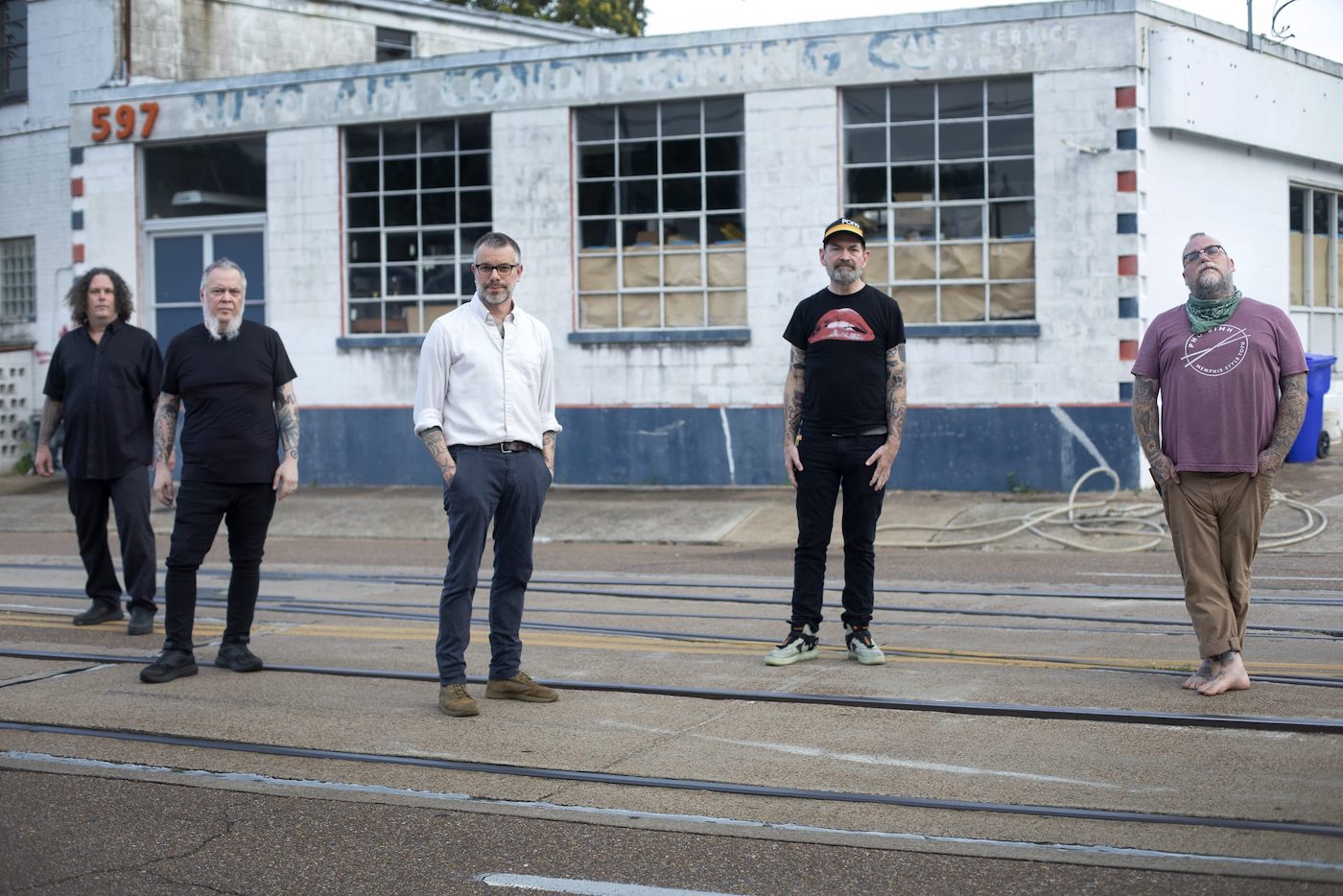 We have a 2012 Chevy Express Van and a trailer. Our first van was a Dodge Ram Van we bought in 1999 and we got about 300,000 miles out of it before we cracked a head on a cylinder and had to limp it back to Memphis from San Diego. We tried a Sprinter for a little bit but I think our trailer was too heavy for it and we switched to a Chevy Express Van just cause we found a cheap used one for sale. Brian (our guitar player) inherited that one when we bought the newer 2012 van. On longer tours we lease a bus and those come with a driver. I have to admit I don’t miss driving. I used to love it. I used to drive around all night just for fun before we started touring all the time. Now I’m just fine letting someone else drive.

I usually eat one meal a day on tour. Right before or right after soundcheck usually. I’ll eat snacks and stuff that are around of course but usually just one real meal. That’s one of the things I’ve missed the most from touring actually is not being able to eat at all my favorite places all across the country.

Don’t break strings as much as we used to because now we change our strings every two or three shows. We used to push it longer but changing them more often means less interruptions during the show and they stay in tune a little better. We buy strings in bulk now at a discount.

A few years back we were lucky enough to buy a building in Memphis right down the street from Sun Studios. And it’s so close to Sam Phillips’ Recording Service that we are actually able to push most the gear down the street when we record there. That is Lucero HQ now. It was an old garage so it has bay doors that make loading in and out super easy. A huge plus. After practicing in upstairs apartments and basement dungeons for 15 years, this old garage is like band-practice heaven.

I don’t exactly remember the first song I wrote. I do remember I had one called “Superhero Song” that was basically about comic books.

I played my first show with a Little Rock band called SFZ. They were friends of a friend and they needed a bass player. I auditioned and I think I got the gig because I was the only option and I knew how to play “Blood & Roses” by The Smithereens. The show was at a venue at 7th & Chester in downtown Little Rock that was called Mandrakes. The venue had previously been called the DMZ and later became Vino’s, which is where Lucero played a ton of shows in our early days.

My last day job was working at the family business: Nichols Furniture. My dad and my uncle had worked with my grandmother forever selling pianos and organs and when she moved to Memphis they transitioned into selling furniture as well as pianos. All through school I was in charge of putting together all the advertising that ran in the Arkansas Democrat Gazette. I did all the layouts and even drew all the furniture art we used in the ads. I’ve still got the giant binder with hundreds and hundreds of drawings of random pieces of furniture.

We’ve slowly grown our fan base bit by bit over the last 22 years. About 10 years ago we got to the point where I felt like we could pay all the band members a decent salary. Up until then, we’d all lived together in a crappy warehouse and nobody had a car except the tour van and we all shared a cell phone (when we eventually got one). That is all true. Now we have our own cell phones… so I guess we are doing alright.

I’d tell myself to take it a little easier. Slow down and don’t sweat the small stuff as much. It seems like no matter where I was, I was always more focused on where I wanted to go or where I’d rather be and I wish I would’ve just enjoyed where I actually was at the time a little more.

Since forming in late the ‘90s, Lucero – Ben Nichols, Brian Venable, Roy Berry, and John C. Stubblefield (keyboardist Rick Steff joined in 2006) – has mixed heartfelt lyrics with the sounds of early rock and roll, classic punk, country-folk, and deep-fried Southern soul. It’s a sound that stands on the pillars of American music, born more of feeling than technique, delivered night after night to legions of fans in dive bars and theaters, and on stages as august as Red Rocks Amphitheater and the Ryman. In short, it’s music that is built to last, impervious to trends.

In its time, Lucero has sung many a tune about whiskey, heartbreak, and loss — constant occupational hazards for a rock and roll band. But four years ago, Nichols became a husband and father, a major shift in his life that found its way into his songwriting. Nichols says his daughter Izzy, now four, is the center of his universe and influences everything he does. But Lucero fans need not worry: family life hasn’t turned Nichols into a more sanitized, “Dad rock”-type; if anything, it’s made him more expansive and ambitious with the pen, without sacrificing any of that characteristic raw edge.

For their tenth studio album, When You Found Me, the band continues its natural evolution, this time tapping into a more atmospheric, widescreen vision (one that wouldn’t seem out of place on a Reagan-era FM dial) while still staying tethered to its roots.

Connect with Ben Nichols and Lucero online and (eventually) on the road.