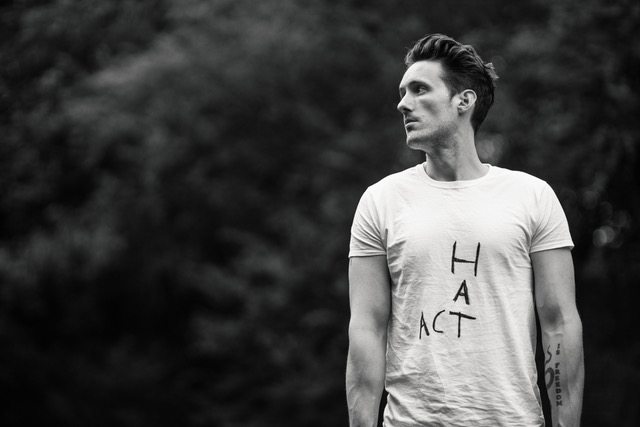 I used to tour in my sweet 2003 Dodge Neon. I had to bring gallons and gallons of water with me on every trip because it would overheat. I had the engine in the van we used to tour in seize up on me because I didn’t know that you had to throw some oil at it every now and then. I was twenty and the only one in the band with a drivers license. Had the ignition cylinder of my old VW snap in Alabama. Had a battery fail on the interstate in Syracuse. I used to always travel with my toolbox because of shit like this. But now I rent cars – the positive effect it has on my anxiety levels is worth the extra expense and it’s probably cheaper in the long run anyways.

I don’t really eat at all on the road. So I suppose that’s both cheap and unhealthy.

Well, since I only change the broken string I don’t really spend all that much. I think it gives the guitar personality. It just makes sense to me – you wouldn’t rip your whole jaw out if you just need a tooth pulled, right?

The first real song I wrote was probably “Sobriety and the Woman”. Terrible title, pretty terrible song. The first line was “she’s sleeping with some other guy/she doesn’t know why/but we all know/the things that we lose are ours for to keep”. You could say I haven’t traveled far, and you’d probably be right.

Oh man. Honestly I think my first gig was probably CBGBs with the metal band my brother and I started. I was probably twelve? We played there a bunch of times, hiding out in the dressing room and drinking the backwash from any unfinished beers we could find. Then as soon as we got off stage they’d kick us out.

Well, I’m currently about four hundred days late for my last day job. Although I still pick up shifts at my friend’s restaurant when I’m not on the road, interspersed with the occasional acting gig.

I guess maybe my favorite day job was working on a farm when I was eighteen.

Every year the guarantees get better. I make a little more money and I get a little smarter about not spending it all right away. But what’s most important is that the gigs are much better than they were five years ago. I’m not background music at coffee shops or shitty Irish pubs for tips anymore. For which I am eternally grateful.

Maybe I wish I’d known just how crazy I would become. But other than that I really can’t think of anything. Part of the beauty of doing what we do is that there are so many surprises. Every day is a strange gift.

To say Ben de la Cour has lived an eventful life in the course of keeping that flame lit would be putting it mildly. As a young man, Ben was a successful amateur boxer in his weight class, even moving to Cuba to train. After playing New York City dives like CBGBs with his brother a decade before he could legally drink, he had already stuffed himself into a bottle of bourbon and pulled the cork in tight over his head by the time he was twenty one. He was a handful to say the least. There were arrests, homes in tough neighborhoods all over the world, countless false starts and battles with mental health and substance abuse. But seven years ago Ben finally found himself in East Nashville, and after a successful stint in a dual-diagnosis facility he’s racked up two years sober and has just released his fourth album – Shadow Land.

Connect with de la Cour online and on the road.