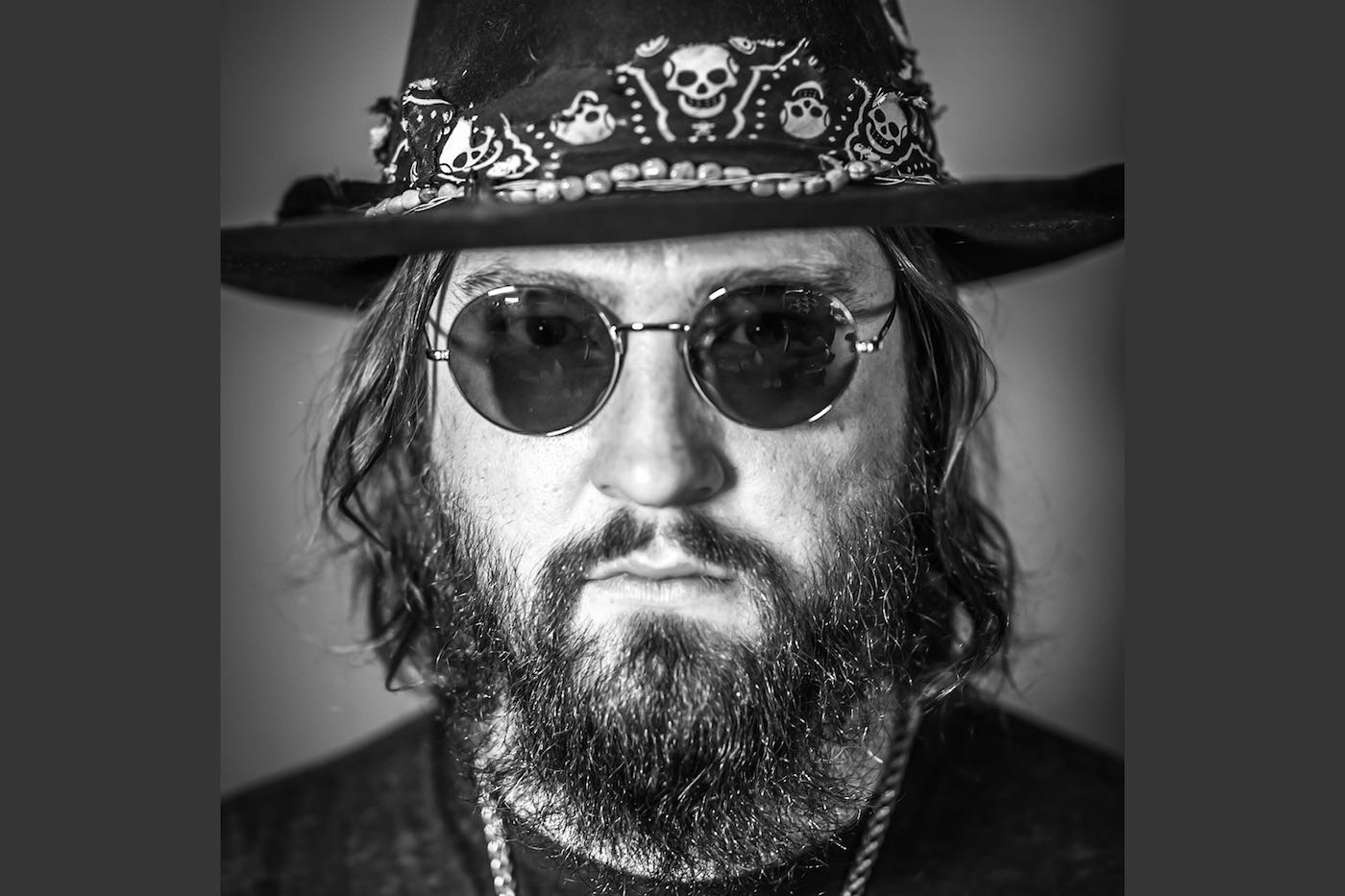 I have a 2014 Sprinter Van that I customized for touring. We just refer to it as the “Stormtrooper”. It has 4 bunks, a TV, fridge and AC. I designed it so I don’t have to pull a trailer; so all of the gear and luggage goes in the back of the van. It definitely has seen its share of wild road stories, everything from a battery fire to breaking down on the interstate 45 miles South of Denver. It’s been a great vehicle.

Like most touring musicians, I eat what I can when I can. Not always is the food the healthiest, but I strive to find the best quality food available.

The problem is most of the time the restaurants are all closed by the time we finish our gig, so we rely mostly on snacks in the van or late night fast food.

The best way I’ve found to eat better on the road is to bring an ice chest (and I fill the lil fridge in the van too…) and just hit up the local grocery store when you have some time to kill between shows.

Man, I sweat like a whore in church so I go through strings fast. Basically, I’ll change my strings every show or else I’ll break a string mid-set/song because the strings are already corroded from me sweating so much. My friend that techs my guitars is constantly in awe at the rate I go through strings and how corroded the metal becomes on the pickups and bridge. He calls me “swamp thang”. Hahaha. At roughly 7 to 8 bucks a pack, I’ll easily spend $100 on a 2 week run on strings and picks.

Well, our rehearsal space has changed over the years, but usually we’d practice at the local shithole rehearsal studios… that is until they jacked the rent prices up comparable to a local apartment! Although the place reeks of piss, beer and weed, it feels like home. I think every single musician in Austin, TX worth their salt has rehearsed in that space. Nothing crazy really happens, but a lotta great music is created in that building.

Oh God, if I could even remember what song it was I’d be too embarrassed to say. But it probably was super sad with a lotta teenage angst… probably a title like “Broken” or some shit like that. Hahahahaha

Again, you’re asking me to remember things…. I’ve been performing music live since I was a kid. I started playing music in church around the age of 11 or 12. I can’t really remember what was my “first show”, there’s just been too many. I’ve definitely played some wild gigs though; everything from honky tonks to VFW clubs to a freaking shoe store! Oh to be a young musician again….

Well, I haven’t worked for anyone else since I quit my machine shop job in 2012. It was then I decided I wouldn’t work any job outside of the music industry for the rest of my life. I guess you can say I’m a lifer.

But if I was to think about my favorite jobs outside of music, I guess it would be when I built custom houses as frame carpenter for about 3-4 years in my early 20s. Man, I’ve done everything from being a ranch hand to working in restaurants to factory jobs and machine shops to pipe fitting and carpentry. Nothing comes close to music though, that’s for sure.

It has changed a little. I guess it really depends on what revenue stream you look at, but it’s steady growth. Hopefully, in the next 5-10 years it’ll grow large enough I can start bringing a production crew on the road with us.

How to record and release an album properly, to always treat every show like it’s your biggest and don’t shit talk to anyone cuz you never know who’s listening! You know though, there’s no greater lesson in life than failure, and if I hadn’t of experienced those failures, I wouldn’t be where I am today. So, I’m grateful for all the experiences I’ve had in music, good or bad.

“Arkansas” Dave Pennington was born and raised in the piney swamps of South Arkansas. Bred on blues and rock n roll, Dave cut his teeth playing in dive bars and the best honky tonks Arkansas has to offer. Soon, Dave found himself in cahoots with a bunch of Texans, dubbing the traveling soul, Arkansas Dave.

The sound of Arkansas Dave is very much rooted in the music created by his predecessors. From the blues to gospel to rock n roll, his work comes full circle showcasing his raw talent. A self taught musician, Dave’s songs are interestingly original, blended with the humble sounds of the South.

Arkansas Dave has just released a Limited Edition Double LP, Live at Music in the Park – Montreux Jazz Festival, that chronicles his 2018 appearance at the famed festival. Connect with Arkansas Dave online and (eventually) on the road.