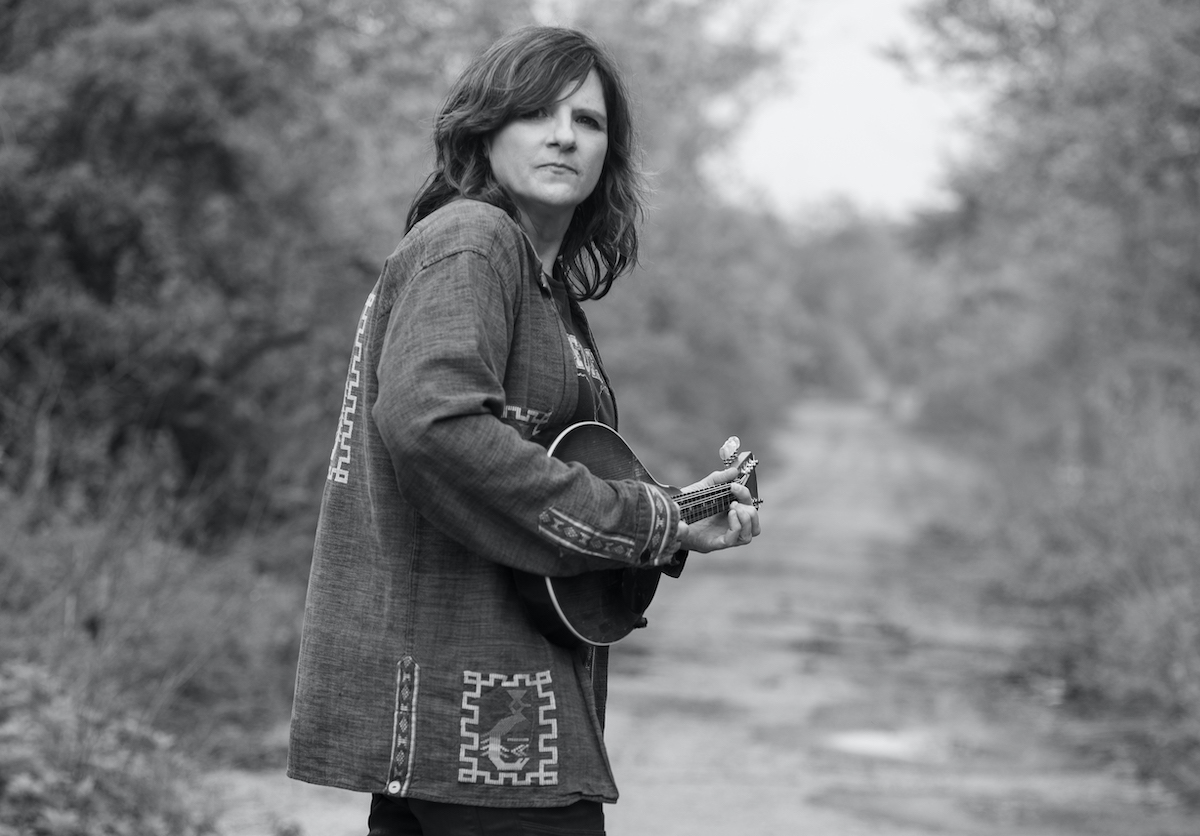 In my solo band, we tour in my Ford 15 passenger van with a trailer for our gear. We are usually a group of 6 or 7, so we need all the seats for stretching out. We bring all our instruments into hotel at night, but the heavy gear and merch stay in an alarmed trailer that I park under my hotel window.

We tried renting an RV once and it broke down so much that I left it at a gas station in Iowa and rented a van, then I took out a loan and bought the van that I rented, minus what I had spent on the rental!

Indigos tour in tour buses, but they break down too, actually more than my van…. we had a year recently when we ended by the side of the highway a few times.

Best memory though is when we got up to the top of a snowy mountain in Colorado and it was blocked so we had to turn the bus around in the road, digging the snow out to get it turned around, that was fun. We’ve had a lot of amazing bus drivers, that always managed to get us out of jams.

Solo – Grocery stores with prepared foods are super useful, and on days off, I usually go get frozen veggie meals and microwave them. The whole band loves Mexican, so we eat that a lot, but we steer clear of fast food. Sometimes we eat from the vending machine at the hotel, we always ask for a meal to be included in the gig. It saves time and money. If there is a restaurant attached to the venue, it’s always a grew thing for us. We try to stay in hotels with a decent free breakfast, that goes a long way for us.

Indigos – I take advantage of any meal the venue gives us, and usually eat food from the dressing room rider for breakfast and lunch the next day. If we are in one place for a few days, I try to get a room with a little kitchen and go to the grocery store. Thai and Indian food are my favs, so If I get a hankering for those foods, I have to just find them. With Indigos, it’s a lot easier to get food on a whim, it’s a lucky day when we are near good ethnic food.

On any tour, I try to keep up an exercise regimen. Run, bike, yoga and if I can find a canoe on a day off, I will paddle. It’s a lot harder on a solo tour, I at least try to do Yoga every day, I get a good workout loading and unloading the trailer and playing the shows on solo tours. Indigos try to stay in hotels with gyms or near gyms. I use my YMCA membership a lot too. I am always up for shooting hoops or hiking.

I change strings every 4 shows on my acoustic guitars, every 3 shows on my mandolin. and on my electrics about every 2 weeks.

I don’t love playing on new strings but I break a lot of strings, so I change them more often to avoid breaking them. I have no idea what I spend on string…between indigos and my solo stuff, probably a couple thousand dollars a year.

My solo band typically rehearses at my house in a room that is a library / recording / writing / rehearsal space. It’s got a little PA system. It’s pretty close quarters, but it allows us to hear each other better anyway.

If we have a big show and have not seen each other in a while, I sometimes try and get the venue to open early and pay someone to be there to run the PA so we can rehearse for the show on a stage, but this is rare. We have rented spaces in Seattle, Charlotte, NC and Atlanta to rehearse in the past. Nothing too crazy has happened, we just do our thing.

Indigos-Emily and I rehearse at our houses a lot. If we have a tour season starting with a new crew and new songs, we’ll rent a rehearsal space with a stage and sort it all out.

Solo – My first gig was in a rock band at my church, I think in the gymnasium. I was lead singer and we did cover songs, they kicked me out after one gig, I think ‘cause I was a girl…

Indigos – A place called Good Ol’ Days in Buckhead, Atlanta, GA. They served sandwiches in flowerpots and had an outdoor patio, it was a preppy crowd of drinkers, and we played cover songs. The manage let us play, even though we were underaged, because our parents came and talked to them. We still managed to find trouble…and even though it was kind of a hard gig with a lot of talking and drunks, we met some of our mentors there and ended up getting a lot of gigs from that gig. That’s how it works!

Last day job was a long time ago…1985 or 86/87 maybe…. I worked at Georgia Record Pressing Plant, I loved it. I had to quit though, mostly because the boss asked me to be his secretary, when he knew full well that I had no skills in that, I didn’t even know how to type, it was a blatant move to get me in his front office so he could flirt with me. I asked to be moved to the warehouse and then I ended up quitting. The guy that ran the presses and the warehouse was great, loved him, but the main boss was too flirty for me. I learned a lot there and pressed some cool records!

Among my other jobs…. I worked at Pizza Hut too. Did not love that and was not good at it.

Solo income – it’s a labor of love, I can barely pay the band, but whenever I break even on a tour, it makes me super proud. I don’t know what to expect in the future, I guess I will pay back the loan I took out to make my record “Holler”, but then I will take another loan out to make the next one…ha ha. I figure one day, I will have so many songs, the law of probability will be on my side.

Indigos – Record income way down and gig income about the same, it’s all good though, we are blessed.

To be a good songwriter, you really need to spend a lot of time writing, it’s a discipline, but it pays off and feels good, if you can get over the hump and put the work in. I wish I had really worked harder at the writing when I was in my 20’s.

The other important thing is: You can rarely fix a mix in the mastering so don’t let anyone tell you that.

Make sure your final mix sounds the way you want to, so the mastering is just there to give it depth and dimension.

For over 30 years, Amy Ray has been renowned as one half of the Grammy-award winning folk duo Indigo Girls. She is also a community activist and has had an indie label, Daemon Records since 1989. With her debut solo album, Stag (2001), Ray turned in her acoustic for an electric and delivered a critically acclaimed album that showed her love of punk and rock. Since then, she has released five more solo rock albums; Prom, Didn’t It Feel Kinder, Live from Knoxville, Lung of Love, and MVP Live.

Holler, her and her band’s new country album, was released in September 2018. It was recorded live to tape at her mainstay Echo Mountain Studio in Asheville, NC, with the added power and swagger of horns and strings that hearken back to the country music of the late 60’s. Holler features special guests: Alison Brown on banjo, Kofi Burbridge on keys, Derek Trucks on guitar, Vince Gill, Brandi Carlile, The Wood Brothers, Justin Vernon, Lucy Wainwright Roche and Phil Cook on harmonies.

Ray recently shared a new single titled “Muscadine“. The song was recorded with her band remotely in their respective homes.

Connect with Ray online and (eventually) on the road.