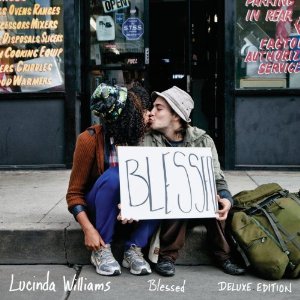 Ah, Lucinda, you lost me a bit with your last couple of releases. Not that I can hold it against you. Car Wheels and some of the earlier works set the bar so high that it would be hard to imagine being able to sustain that momentum. Well, you’ve won me back with your latest release.

Album opener “Buttercup” is a rollicking rocker, with an infectious melody that belies the tone of the lyrics, “now you want somebody to be your buttercup, good luck finding your buttercup.”

“Convince Me” is quintessential Williams, a simple blues-based song that speaks volumes through its musical and lyrical restraint.

“Seeing Black” is an angry dispatch to a friend who committed suicide. “When did you start seeing black, was it too much good you felt you lacked,” she exclaims,”was it too much weight riding on your back, when did you start seeing black.” The song also provides a tremendous showcase for the band, nearly two minutes of incendiary musical catharsis.

Williams is perhaps her most poignant when she delves the nature and emotions of relationships. Album closer “Kiss Like Your Kiss” proves the point, a fine finish to a powerful release.

Everything Is Saved, by David Wax Museum 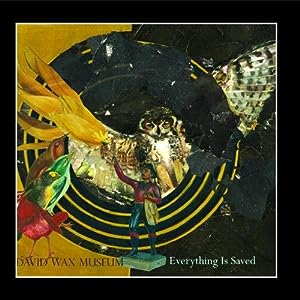 Alright, I’ll admit it. I’ve taken the David Wax Museum for granted. I’ve seen the Boston-based group play my local a few times, where they got their start a few years back. Since then they’ve gone on to wow the crowd at last year’s Newport Folk Festival. Fast forward to this month when they’re released the brilliant
Shame on me, really.

“Yes Maria Yes” features a donkey jawbone, a clear indication that this isn’t your typical fare. And that’s a good thing. The song is a joyous rapture, the tale of a smitten man trying to understand his love. “Your careless heart invites me in just to let me go,” sings Wax against a percussive musical backdrop.

“Unfruitful” has a Tom Waits vibe, a piano providing the musical backbone to some fine harmonies by Wax and Slezak. “Chuchumbe,” a traditional Mexican song rediscovered several years ago, is rousing fun, propelled by hand claps and filled with energy.

While it is easy to get lost in the distinctive musical style, it is the songwriting that truly shines. “The Least I Can Do” is an enchanting ballad about love gone astray. “I don’t think of you all that much, maybe once or twice each afternoon,” sings Wax, “you see my heart is like a flower, once it opens up it can’t un-bloom.” “That’s Not True” is an indie rock song masquerading as a Mexican-influenced folk song.

Simply put, Everything Is Saved is music so uplifting that even the ballads will bring forth a smile.

Smart Flesh, by The Low Anthem 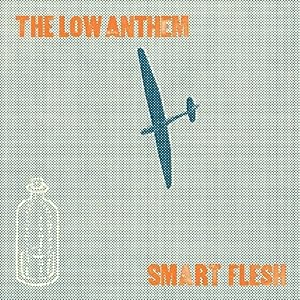 Would it surprise you to find out that the Low Anthem recorded their latest release in an abandoned pasta sauce factory? It was a brilliant choice as the structure’s character and emptiness permeates the release.

The band, now a four-piece, maintains their eclectic instrumentation. Each player moves seamlessly from one instrument to another. Guitars, bass and drums, of course, plus piano, clarinet, banjo, jaw harp, musical saw, stylophone, antique organs and whatever else the band had lying around. Top it off with some impressive harmonies – sometimes uplifting, sometimes bone-chilling – and the result is a striking release.

Stand-outs include the rambunctious “Boeing 737,” a reflection on loss that speaks directly to the 9/11 tragedy (“I was in the air when the towers came down, at a bar on the 84th floor”). “Apothecary Love” is a fine piece of country-folk (“I’ve got the cure for the shape that you’re in”) while “Golden Cattle” has a hymnal quality punctuated by tender clarinet (“As the blind walk the blind through the blackness of freedom, who writes the songs we all will be singing?”).

Worcester Boy, Mooncussers (from the self-released Aperitif)
Columbus, Ohio’s Mooncussers impressed us last year with their demos ep. Well, they’re back again with another killer ep. This track reminds me of Jason Isbell with its great rock vibe that pairs gruff guitars with a foot-tapping melody. More please.

KMAG YOYO, Hayes Carll (from the Lost Highway release KMAG YOYO)
Carll does his best talking blues on this tale of a young soldier bouncing his way through the armed forces, “Slipping out the back door, gonna join the peace corps, tell me I’m hero now so someone else can fight this war…” See Kelly’s review here.

Car Crash, Telekinesis (from the Merge Records release 12 Desperate Straight Lines)
You gotta love a sub-three minute pop song. Telekinesis is the mastermind of Michael Benjamin Lerner, a songwriter in the Robert Pollard tradition. This track hits the spot – in two minutes and forty seconds – with a percussive-driven melody and a “ooh-ooh-ooh” chorus.

Wedding Ring, Fourkiller Flats (from the self-released Treasure & Trash)
The Tuscon, Arizona quartet return after a nearly eight year hiatus and pick up right where they left off. They give their rock and roll a bit of honky-tonk flair, reminding me of the Bottle Rockets with more harmonies.

Who’s In Control, British Sea Power (from the Rough Trade Records release Valhalla Dancehall)
My indie rock fix, with the emphasis on rock. “Sometimes I wish protesting was sexy on a Saturday night.”

FROM THE ARCHIVES
Blue Blvd, Dave Alvin (from the Hightone Records release Blue Blvd)
Last week’s new single from Alvin sent me back to the catalogue. This is a longtime favorite, the title track from his 1991 release. Aside from being a brilliant song of heartbreak and loneliness, it is a quintessential driving song.

“Every night I remember, we took a ride in my car; and I aimed straight for heaven, but I ended up on Blue Boulevard.”