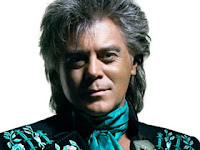 The new Marty Stuart release, Ghost Train , The Studio B Sessions, has everything a real Country album should have. The album was recorded at the famed RCA Studio B in Nashville. The studio was designed in the 50’s by Chet Atkins and quickly became the Country Capital’s premier recording venue. In fact, It would be easier to make a list of the “Nashville Sound” era artists that did not record there than a list of the ones that did. Marty Stuart has always played the role of being a bridge from the past to the present. He works hard to keep the traditional styles of Americana vibrant, even in the current Idol winner tuned hillbilly world of Country Music. Along the way he has been able to buck the trend and record some big hits of his own.

On Ghost Train  he decided to include as many of the styles and themes of traditional Country as possible. Of course there is the unmistakable influence of his former father-in-law, Johnny Cash. In fact, the executioner’s tale, “Hangman”, was co-written with Cash shortly before the Man in Black passed away. Ghost Train begins with the outlaw Honky-Tonk of “Branded”, then follows it up with a Rockabilly number, “Country Boy Rock”. The most emotional song is the heheartbreak ballad “Driftin’ Apart”. When Stuart sings “I’m a stranger in your world now and it’s driving me out of my mind”, you feel the pain of a love torn apart over time. Along the way he even works in a Bluegrass tune and themes such as the plight of the working man. It is as if Stuart is on a missionary’s journey to preserve the history of Americana Music. Hopefully, he wins a lot of converts along the way.