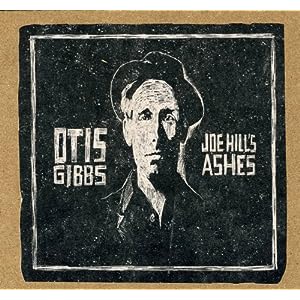 Gibbs is one of the most distinctive voices in Americana, both for the integrity in his songwriting and the authenticity of his voice. While some may find both a bit gruff, it gives his music a realism that can’t be doubted. Most songs are built around acoustic guitar, with tasteful accompaniment from mandolin, fiddle, upright bass and the occasional drum. The arrangements are simple yet compelling, keeping the focus where it should be: on Gibbs’ voice and lyrics.

The title track opens the album and sets a powerful tone for entire collection. Ostensibly the tale of Joe Hill, a union activist convicted of murder and subsequently executed, the song explores Gibbs’ observations about a disengaged society. “The world is full of lonely fools, staring at each other from across the room, wishing they could get up the nerve to speak their minds,” he sings. Despite the heavy sense of resignation in Gibb’s voice, he holds out some hope that the spirit still exists and is “waiting on a chance to shine.”

“Where Only the Graves Are Real” continues the social commentary with a potent punch.

Album closer “Something More” is a somber reflection on society’s shortcomings. The song imparts a plea for change but with a heavy heart reflective of the long road to making it real. 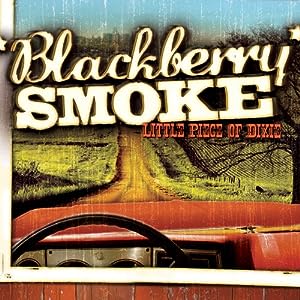 Call them southern rock’s new kids on the block. With twin guitars blazing, they “boogie on down to the redneck beat” as they proclaim in the blistering “Up in Smoke.” “Good One Comin’ On” has a relaxed swagger as the band pays tribute to the weekend, “2 6-packs of Shiner, 99 cent butane lighter, Lucky Strikes and a fifth of Patrón.” Sounds like the start of an interesting Friday night. “Prayer for the Little Man” starts as an acoustic ballad but builds into an easy-going mid-tempo rocker with a harmonized twin guitar solo. “Sanctified Woman” cranks it back up with a guitar riff reminiscent of Lynyrd Skynyrd’s “Gimme Three Steps.” Never a bad reference point. So grab that Shiner and crank it up.

March 11, 1962, Mary Gauthier (from the Razor & Tie release The Foundling)
Not surprisingly, the song title is Gauthier’s birthday. Yet this song is less than celebratory. Instead, it’s the heartbreaking personal tale of Gauthier’s quest to find her birth mother and the conversation that ensued. It is a vivid reminder of music’s raw emotional power, especially in the hands of a talented songwriter.

(I Want To) Burn You (Down), Mike Doughty (from the ATO Records release Sad Man Happy Man)
The former Soul Coughing singer strikes acoustic gold with his latest release. The percussive edge to his music is matched only by the sharpness of his lyrics. “Something is reaching me now, Something that lives in the dark of my mind, It’s like a small thought is gone, it’s like a millstone ground it to sand.”

ONOLA, Susan Cowsill (from the Threadhead Records release Lighthouse)
I challenge you to listen to this song and not get swept away in the emotion of Cowsill’s elegy to her hometown in the aftermath of Hurricane Katrina.

There’s a hole inside my heart I don’t want you to see
You’ve given me so much I only wanna give some back you see
So I’m leaving here today I’m no good to anyone this way
I’ve gone to save my soul and then I promise you that I’ll be back again.

Breakdown, Ketch Harbour Wolves (from the Dead Calm Records release Anachronisms)
The Canadian quintet create a powerful mood with their songs. Their songs are imbued with a sense of uneasiness and motion, as if they are always seeking something that lies beyond the horizon. In this case it’s a persistent guitar riff and a simmering synthesizer that provide a sense of urgency to the singer’s cry of “always heading for a breakdown.”

Stranger Here, Cowboy Junkies (from the Latent Recordings release Renmin Park)
It is hard to believe that the Cowboy Junkies have been together for over twenty years. Over the years their sound has been remarkably consistent – music with a natural, flowing quality, immediately accessible yet possessing a depth that rewards repeated listens. Their latest release was inspired by a three month visit to China by band member Mike Timmins and his family. It is an impressive musical chronicle of exploration. I highly recommend visiting the band’s web site for detailed writings about the experience and its translation into this impressive release.

Unbelievable, My Radio (from the self-released Give Up the Sun)
It was hard to leave the music behind when former Chauncey singer-songwriter JP Powell relocated from Boston to Roanoke, VA. Enter My Radio, the, pardon the pun, rock radio friendly group that Powell formed in his new hometown. This is but a sample of the group’s fare with its pulsing rhythm, pounding piano and hearty power guitar chords.

Wicked Heart, Tristen (from the self-released Tour EP)
I happened across Tristen late one night at my local. Their live show had a bit more edge than the tracks on their tour ep, but this Nashville-based group is one to watch.

Space Captain, Herbie Hancock with Susan Tedeschi and Derek Trucks (from the Herbie Hancock Records release The Imagine Project)
What happens when a legendary jazz pianist gathers together a diverse array of artists to cover an album’s worth of classic rock songs? Some impressive results, starting with this impressive take on the Joe Cocker classic. Tedeschi and Trucks bring their trademark blues swagger while Hancock peppers the song with some impressive jazz piano jams.

Slow Burn, The Henry Clay People (from the TBD Records release Somewhere on the Golden Coast)
Los Angeles quintet The Henry Clay People serve up intelligent indie rock that is downright infectious. This raucous track is propelled by some tasty slide guitar and the singer’s quirky yet endearing vocals. If you’re looking for a rock song that will force a smile across your face, this is it.

Colored Lights, John Mellencamp (from the Island Records release On the Rural Route 7609)
The first time that I heard this song it was performed by the Blasters. I was immediately captivated by Dave Alvin’s rousing guitar and Phil Alvin’s rich vocals. Imagine my surprise to subsequently learn that it was written by John Mellencamp. As part of his recently released career-spanning box set, Mellencamp at long last provides his take on the song. The simple arrangement of two guitars (an acoustic and an electric) gives the track a demo feel, but is no less satisfying. And belated thanks, John, for introducing me to the Blasters.