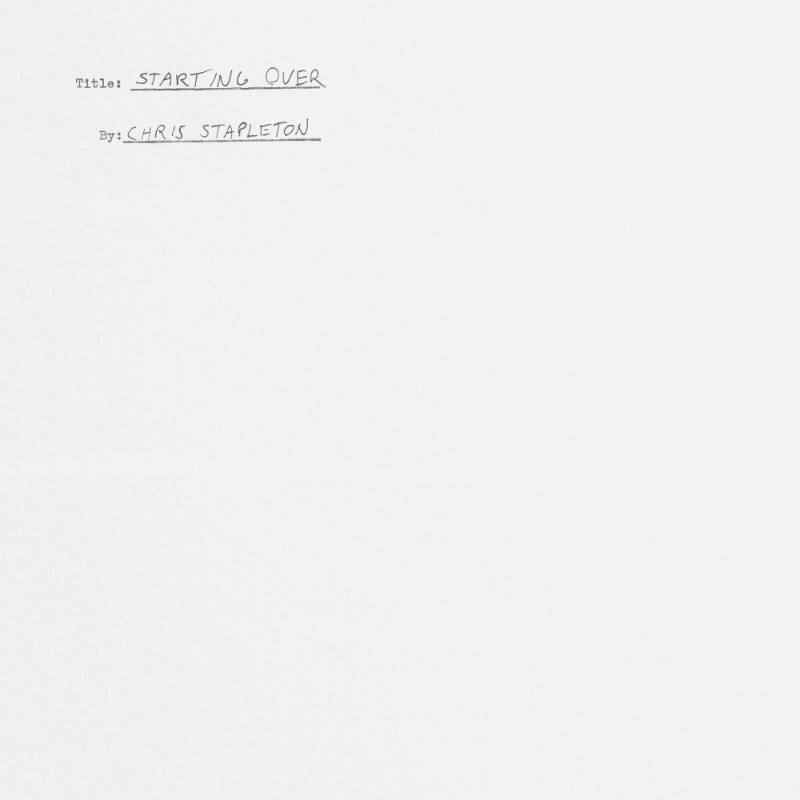 If you’d have told me a year ago that I’d be selecting Chris Stapleton as my choice for album of the year, I’d have told you that you were crazy. Past efforts had been a tad too countrified for my taste, but somehow Starting Over hit a sweet spot. I think it could be that this record brings a soulful  edge that I had not picked up on prior. Clearly, I was not paying close enough attention.

Starting Over had me at the first listen of “Cold” which is heart-wrenchingly powerful. But, let’s not leave it to sound alone. The songwriting in this album is full of introspection and wisdom. He ends the album with what looks to be a “thank you, next” addressed to Music City in “Nashville, TN”.

Now you won’t miss me when I’m gone
You’re custom made for movin’ on
And time to time I’ll pass you by
Face that I don’t recognize
And who knows, maybe years from now
You’ll be the one I think about
But I just can’t imagine that
‘Cause I’m not one for lookin’ back

All I can say is, pour yourself something sweet and crank this one to eleven—you won’t be sorry. If you don’t believe me, try turf-quaker “Arkansas” on for size. How it took four albums, I’m not quite sure. But, I’m officially riding the train from Twangville to Stapletown. Cheers!

Chris Stapleton performing “Starting Over” at the CMA Awards 2020