Here we are again… Thanksgiving 2020, y’all… which means we’re celebrating 15 years of Twangville’s existence. For as long as I can remember, I’ve been writing a Thanksgiving toast each year to thank our contributors, our community, and the artists who give us something to listen to and write about. Without someone to make the music, we’d have nothing to share. Without you gracious readers, we’d have no one to share music discovery with. All to say, thank you a hundred times over for being a part of this community.

Last year, we continued the Twangville Thanksgiving (aka Twangsgiving) tradition by letting you get to know one of our contributors a little better by toasting the extraordinary, Jeff McMahon. 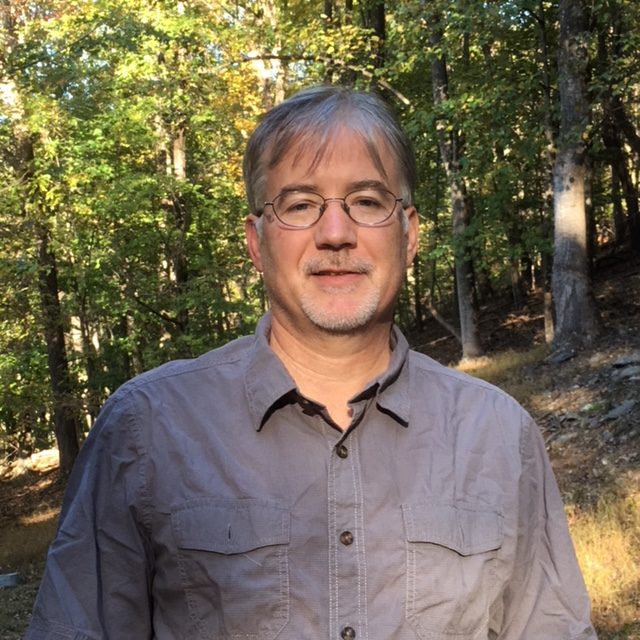 This Thanksgiving, let’s raise a glass to Bill Wilcox. When Bill joined us back in 2011, he single-handedly raised the bar for our Blues coverage. Before then, we could barely call ourselves an Americana & Blues blog. Not only does Bill share his latest discoveries, his reviews are often rooted in Blues history tying the now to the then. I get excited every time Bill posts an article because I know I’ll be enriched, both mind and soul. While I have yet to meet Bill in person, he’s no stranger. Having been a part of this community since 2011, he’s Twangville family for sure. Here’s to you, Bill! Thanks for bringing the good kind of Blues to us all. Twangville is, no doubt, a better place because of you.

[Twangville] What’s your first music memory?
[Bill] Listening to my sisters play “I Want to Hold Your Hand” on the radio as I hid inside the dishwasher nook in my kitchen.

What’s the first music you ever purchased?
I’d like to say it was something sophisticated or cool, but honestly it was probably something from the Monkees – “I’m a Believer” with “I’m Not Your Stepping Stone” on the B Side.

What drew you to the Blues?
I always liked minor pentatonic tones and bluesy music. My favorite Beatles song as a kid was “For You Blue,” the B side of “The Long and Winding Road,” on which John Lennon plays slide and mutters “Elmore James’s got nothing on this, baby.” Then someone gave me a John Mayall album, and I gradually explored further, starting with B.B. King, Muddy Waters, etc.

Do you have a favorite sub-genre of the Blues?
It depends on my mood, but I’m most frequently in the mood for country-acoustic blues or post-war Chicago stuff.

What do people generally not know about the Blues that they should?
While most people track the blues’ origin among enslaved people and, later, sharecroppers in the South, few understand how closely tied it really is to the pentatonic-based music of West African countries like Mali, Senegal and the Gambia or that the banjo has its roots in those African countries. Taj Mahal, Ry Cooder, Corey Harris and Eric Bibb have all done great collaborations with West African artists that highlight those connections. If you’re wondering what I’m talking about, check out Boubacar Traore, Ali Farka Toure, Habib Koite and Idrissa Soumaoro.

What artist would you want to put into the Twangville Hall of Fame?
John Prine is, was, and ever shall be America’s greatest songwriter (BTW, it was right here on Twangville where Prine was first dubbed the Mark Twain of singer-songwriters)

What artist would you consider a guilty pleasure?
I occasionally listen to some pop bands from the 70s and 80s (e.g., Men at Work), but a more frequent guilty pleasure these days has to be listening to mainstream country like George Strait or Garth Brooks.

What five songs would be on your desert island mix tape?
Songs? Not even albums? I was ready for albums (Great Days John Prine Anthology, Dylan’s Blood on the Tracks, Ry Cooder’s Paradise and Lunch, Corey Harris’s Greens from the Garden, Luther Allison’s Soul Fixin’ Man) but just songs is too hard. I give up.

What’s the best American city to see music in?
I’ve lived in and enjoyed roots and Americana music in Minneapolis, Washington, DC and Philadelphia. All had great venues for seeing our folks.

Any local bands from that city (or your own) should people see?

What’s the best way to support musicians?
Money. Buy their work, buy tickets to their shows.

Best way to cook a turkey?
Sorry, vegetarian. But when I did eat meat I was partial to having someone else doing the cooking.

Anything you’re thankful for this year?
That it’s almost over.

Suggestions for uncomfortable or controversial Thanksgiving dinner topics?
Since there’s a pandemic, responsible people will be avoiding those extended-family gatherings, so I don’t have to listen to inlaws drone on about politics.

Thank you, Bill! Happy Thanksgiving to you and your family.