Every year in mid-April I head to Austin for the Old Settler’s Music Festival.  Here are some of the highlights for me of the 4 day line-up. 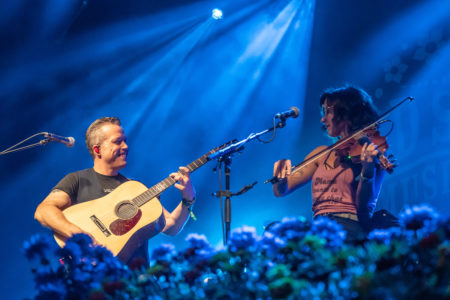 Kickin’ It Off:  The first night of music at OSMF is always in the campground and a nice welcome to get things started right.  The first band was Minnesota-based Feeding Leroy, who had everyone up and singing along to Norman Greenbaum’s classic Spirit In the Sky before people’s chairs and coolers were properly settled.  Next up, Jaimee Harris had a full band with her for this appearance and made the most of it with a rocking set.  South Austin Jug Band reprised their long-awaited reunion at Ray Benson’s Birthday Party with sets Thursday night and the after-hours stage on Friday.  The highlight of the evening was, no doubt, Paul Thorn.  No one since Ray Charles has put so much gospel into a rock and roll show, and the audience loved it. 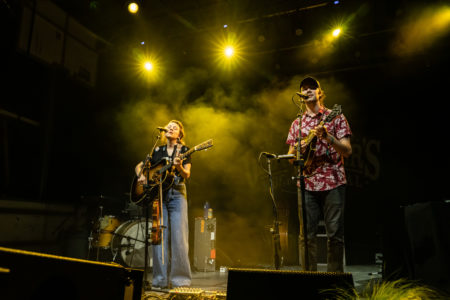 Hitting Stride:  Friday started with a bang with roots rockers The Last Bandoleros, followed immediately by rock and soul legend James Hunter with his six piece band.  Also on the smaller Bluebonnet Stage, Mandolin Orange showed you can still power a mosh pit with acoustic music.  For me, the highlights of the day were over on the Hill Country Stage.  Del McCoury showed he’s still an entertainer practically without peer, even at age 80.  Oh, and you get some of the finest bluegrass music in the world at the same time.  Right after Del was the evening’s headliner, Jason Isbell and the 400 Unit doing a rare all-acoustic set.  It didn’t have the punch the normal electric show does, but in many ways that just emphasized the power of Isbell’s songs. 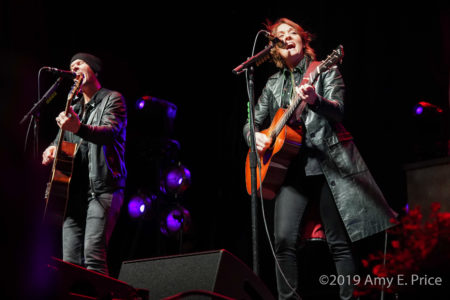 Wrapping It Up:  With their first time playing together happening at the after hours stage several years ago at OSMF, Grammy-nominated locals Wood & Wire made a triumphant and raucous return this year.  The best action, though, was a Saturday evening trifecta on the bigger stage.  It started with blues rocker Samanta Fish.  Walking up to the lip of the stage for several solos, you could practically see the smoke coming from her fingertips.  Next up, iconic and ironic singer-songwriter Hayes Carll enthralled the audience with his brand of country and folk and plenty of hilarious commentary between songs.  Finally, Brandi Carlile took the stage.  She fed off the energy of the crowd like almost no one else I’ve seen, and the crowd returned the favor, singing along at times loud enough to match the sound system.  If you’re one of the bazillion people who’ve seen her Grammy performance of The Joke, just know it’s not an outlier.

I’ll close out with a thank-you to organizer Jean Spivey for another fantastic Old Settler’s.