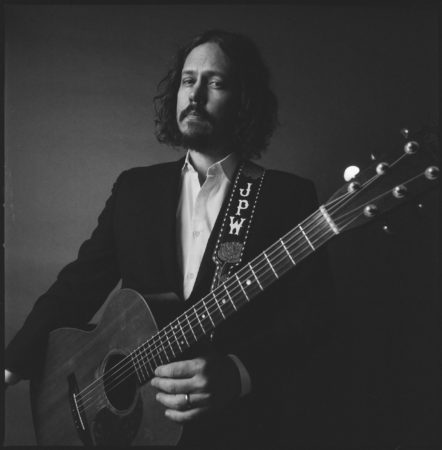 Three years after the release of his first post Civil Wars album, John Paul White is giving us “The Hurting Kind”. His previous release “Beulah” was a dark although very beautiful record. This new release is more sonically diverse and expansive, drawing upon a talented cast of contributors. Ben Tanner of Alabama Shakes joined White as co-producer and they recorded at various studios in their native Muscle Shoals region of Alabama. It also features vocal contributions from stalwarts Lee Ann Womack, Erin Rae, and the Secret Sisters. In addition, Lillie Mae adds fiddle on “Yesterday’s Love”. White has always walked the line between Indie-Folk and Country. “The Hurting Kind” is no exception, but it is more eclectic with a fuller orchestration than he has previously employed.

The album is an ode of sorts to the classic Country crooner, with the vocals front and center. Make no mistake, John Paul White is a crooner extraordinaire. He is in the same league as Ray Price, Roy Orbison and Marty Robbins. The album has diverse stylistic underpinnings beyond Country. However, every song is a serenade in which White showcases his vocal range like never before. A perfect example is the title cut as is the duet with Lee Ann Womack, “This isn’t Gonna End Well”. The songwriting is top-notch with White drawing on some of his favorite Nashville songwriters to co-write the songs. Bill Anderson is most notable, but he also used Bobby Braddock who was a frequent writer for George Jones among others.

John Paul White has established himself as a solo artist with this project. “The Hurting Kind” has a classic sound but is given a modern feel through exceptional production and arrangements.