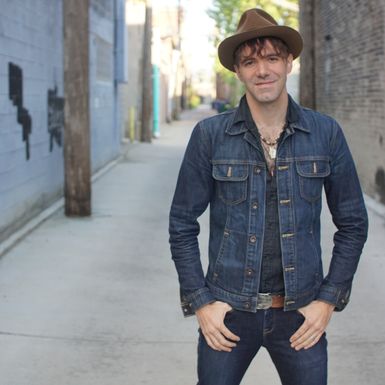 Songwriters as a general rule are better at identifying difficulties and apprehensions than they are pointing out the positive aspects of life. Maybe it is because truly good art exists in the margins of American society and not the mainstream. It could also be the current political climate or possibly even too much Gluten. In any event, there is usually more negative than positive. Enter Stephen Kellogg and his new project “Objects in the Mirror”. The album brings an inviting heartland Rock N’ Roll sound with a view that seems to suggest that happiness is all about perspective. In the chorus to the opening track he sings, “I’ve got all I ever wanted but still cannot believe how I love to take for granted all the love that comes to me.” To be sure the album is not all rainbows and unicorns, and at times delivers doses of hard truth. Regardless the central connotation is to appreciate what we typically take for granted.

Family is also a recurring theme on the album. In fact, it is family that seems to give the album its perspective. There is a love song to his wife, “Love of My Life”. He also has a song of hope for the future for his daughters, “Symphony of Joy”. On this song he tells them “It’s not your obligation to go easy on the boys. Cause the ceiling’s going to shatter and believe me when it does those that pinned you to the margins will be sweeping up”. The title cut even starts out with a message from presumably his Grandmother. “Song for Daughters” seems aimed at women in general rather than his daughters specifically, but the principle still applies.

The album was recorded in Nashville and produced by Will Hoge. Kellogg is an accomplished lyricist and that comes through on each of the songs. However, he and Hoge did a nice job of striking a balance and creating songs that are contemplative while at the same time make you want to sing along. The result is a collection of tunes that are profound without ever being heavy. Instead they hook you in similar to a Tom Petty album.