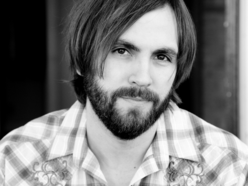 Austin Collins is an artist on the rise. His previous release Roses are Black received a lot of critical praise. With the release of Wrong Control on March 2nd, music fans will no doubt take notice. Along with his band the Rainbirds, Collins is delivering a more rocking twist to accompany his excellent songwriting.

The album begins with the broken love of “Just the Same.” On this song Collins declares “A rose by any other name is just a flower in the rain. She was born to hold your dreams back by strain.” On the title cut we get a glimpse of what he feels gets in the way of Love’s happiness, “you always said that choice was a device in a disguise. Place you bets and leave because the heartache’s in the details.” It seems we can reinvent what is good about a relationship into something entirely different. Then there is “The Island,” which uses seemingly incongruent metaphors to bring it all together in a hopeful way.

All of these conceptual twists and turns have an underlying edgy beat that moves them along. The groove is consistent among the songs, but it is not monotonous. There is an undertone to the music that makes it one of those albums you can play over and over again. Give it a try. I bet you’ll listen more than once.