As has become tradition in the middle of September, the Americana Music Festival rolled into Nashville earlier this month.  The opening of the festival used to be the Awards show at the fabulous Ryman Auditorium, but over the past couple of years the festival has outgrown its 4 day window and this year you could start seeing events as early as Monday.  Nonetheless, the Awards show is still the centerpiece and here are some of its highlights. 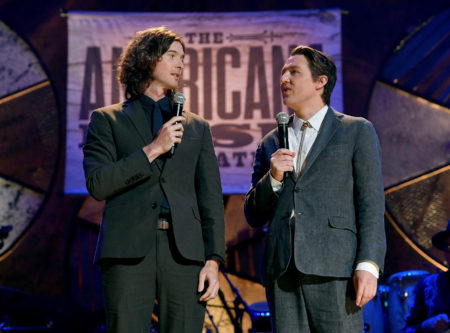 The first thing to note is that long-time host Jim Lauderdale was replaced by Joey Ryan and Kenneth Pattengale, of Milk Carton Kids fame.  They started out a little stilted, but as things rolled along and they start ad-libbing, their well-known humor and dead-pan delivery worked its host magic. 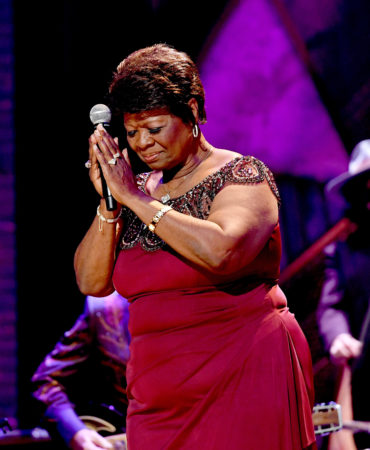 On the music performance front, the evening started with Lukas Nelson, Nathaniel Rateliff, and The Fantastic Negrito doing a version of the Creedence Clearwater Revival classic, Fortunate Son.  As always, Buddy Miller put together a crack band of musicians to back the performers.  A few awards and songs later, Tyler Childers did a wonderful rendition of Nose On the Grindstone, along with a commentary about what Americana music really is and echoing a theme that comes up every year.  A couple of songs later Brandi Carlisle delivered a knock-out performance of The Joke, my favorite of the evening.  You also have to give props to Irma Thomas.  When microphone troubles (a frequent issue throughout the festival) made her first performance of Time Is On My Side hard to hear, she came back out and did it again when everything was fixed. 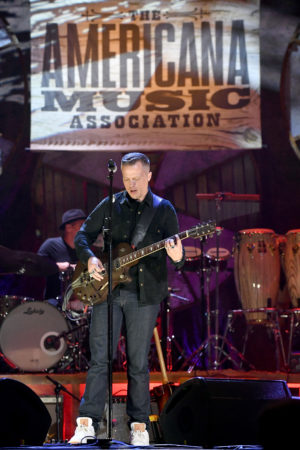 This year’s show was a little more political than in some years past.  There were of course various snide comments given about the current political climate.  But when Roseanne Cash came out to get her Spirit of Americana award, she gave an impassioned speech on gender equality that drew multiple standing ovations.  Jason Isbell chose not to perform Song Of the Year winner If We Were Vampires and instead did White Man’s World.  When finished, he noted that was the first time no one went out to go to the bathroom during a performance of the song.

The evening finished with a rousing edition of Chain Of Fools, in a tribute to Aretha Franklin.

Finally, here’s the complete list of this year’s winners.

Album of the Year: “The Nashville Sound,” Jason Isbell and the 400 Unit, produced by Dave Cobb

Artist of the Year: John Prine

Song of the Year: “If We Were Vampires,” Jason Isbell and the 400 Unit, written by Jason Isbell

Duo/Group of the Year: Jason Isbell and the 400 Unit

Instrumentalist of the Year: Molly Tuttle