One of the amazing things about the Great Plains this time of year is the sunrise.  The flat, or gently rolling, geography lets you see things develop for an hour before the sun actually gets above the horizon.  The mornings are crisp and you know that the long, cold winter is just around the corner, however you can’t help but marvel at the beauty of the dawn.  That’s a fitting metaphor for the new album from Dan Layus, Dangerous Things.  There’s a simple, almost stark, way to the record.  It has a melancholy undercurrent, but in the end you just have to appreciate the beauty of it.

Layus collaborates with the Secret Sisters on about half the tracks on the album.  Their vocals add a little bit of a pop sound on Four Rings and a catchy Only Gets Darker.  On The Nightbird, their chorus somehow boost a little ditty into a Billy Joel, piano/vocal-style masterpiece.  They’re also featured on the title track, a nice tune about having the self-awareness to know “don’t tell me I can’t find out for myself” even though it will have consequences.

A number of songs benefit from the pedal steel of Dan Dugmore.  The real winner of these is Driveway.  A reflection of a situation Layus saw with a neighbor’s divorce, those strings take a sad tale and infuse it with such sorrow it’s hard not to have a visceral reaction. 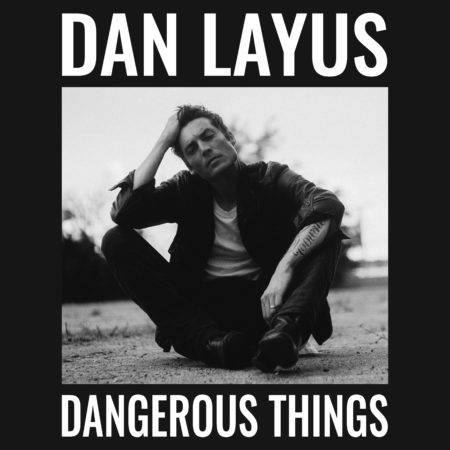 Layus is probably best known for his stint as lead singer with Augustana back in the early aughts.  Stylistically this solo album isn’t terribly far from the sound they had with a full band.  Yet by stripping it down to Dan’s vocals and piano, with a minimum of instrumental accompaniment, he’s got a sound now that stands out from the rest of the folk/country singer-songwriters trying to get your attention.  When he gets it right, as he does on a number of songs on Dangerous Things, it’s bewitching.