Australian singer-songwriter Marcus Blacke is currently on his first tour of the United States. He’s checking in with us from the road to share some of his adventures on the American road. Read on for the latest update, plus a featured song from his new self-titled album. 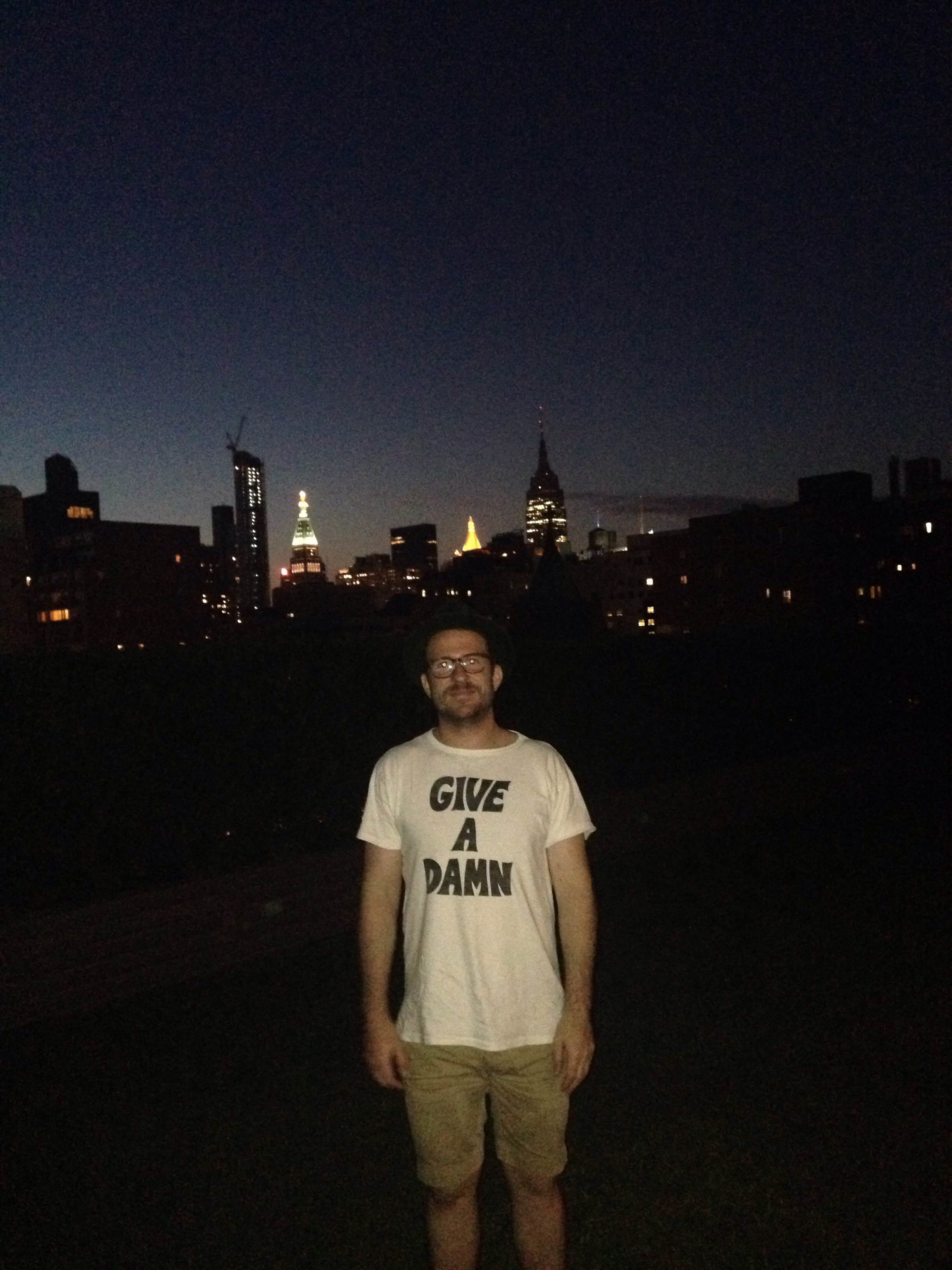 Quite unhappily I say farewell to Montreal; not before fantasizing over living there for a good 48 hours. I say goodbye to potential cirrhosis of the liver though so that is actually quite a good thing.

I arrive in Boston and end up crashing at Christine’s place who happens to be quite a nice down to earth chill person. Eventually I make my way to the Middle East Club. I’m totally stoked as it looks like a real music club. I take a good look around, I’m told to try downstairs. There’s a girl on the door and I’m told I’m not playing there or upstairs.

I head out into the bar where the scene is fairly underwhelming. There’s no sound guy and you can certainly tell that there’s not one as the bands begin playing, I have a good laugh as there’s nothing else to do but accept my fucking fate tonight. I meet Mayer from Twangville this evening and Andrew from Reybee. Both nice guys. Boston is a great city. Downtown is so nice. I caught a great jazz band out in the park that really perked my ears up and made me feel alive again, they are called the Ervin Dhimo Trio.

July 16th-17th
So I jump into an Uber on my way to see The Silks with Mayer. The Uber driver says how he loves the flexibility of Uber, to which I reply I’ve never complained when a woman is flexible. A good wholesome laugh ensues throughout the car, I continue with life needs more flexibility.

I end up catching up with Mayer he’s not a bad bloke and knows how to shout a beer. I’m introduced to another great band called The Silks. If you love Rock’n’Roll, this is a tight band. I recommend checking them out if you’re from Boston or if you are anywhere they are playing. So apparently besides being a good bloke, Mayer knows how to drink a beer as well. It is at the conclusion of this evening that I need to get back to my boring sit at home reading drinking a cup of tea self.

I arrive in Greenwich CT to a beautiful boring landscape which is exactly what I needed. I grab some fruit and veg and get back to basics for the next few days. The Stamford show is cool. The Fez is a nice small venue and great food. I meet an artist called Karnie at the show. He likes the poetry vibes and I sign a cd for him, we chat over a cigarette about the failures of humanity and how love is the key to all. Reminds me of one of my favourite Leonard Cohen Poems.

Ithaca is a nice spot although the city at the moment looks a little war torn in places. The Gorges are so nice, after a whole bunch of really tough shows now this place is exactly what I needed minus the expense.

Next day I proceed to this Emack and Bolio’s show in Albany, I get there and immediately resent my decision to drive three hours for this show, 6 hours round trip. But I eat an ice-cream and man the fuck up. Ice cream makes everything better; except my performance hahaha. 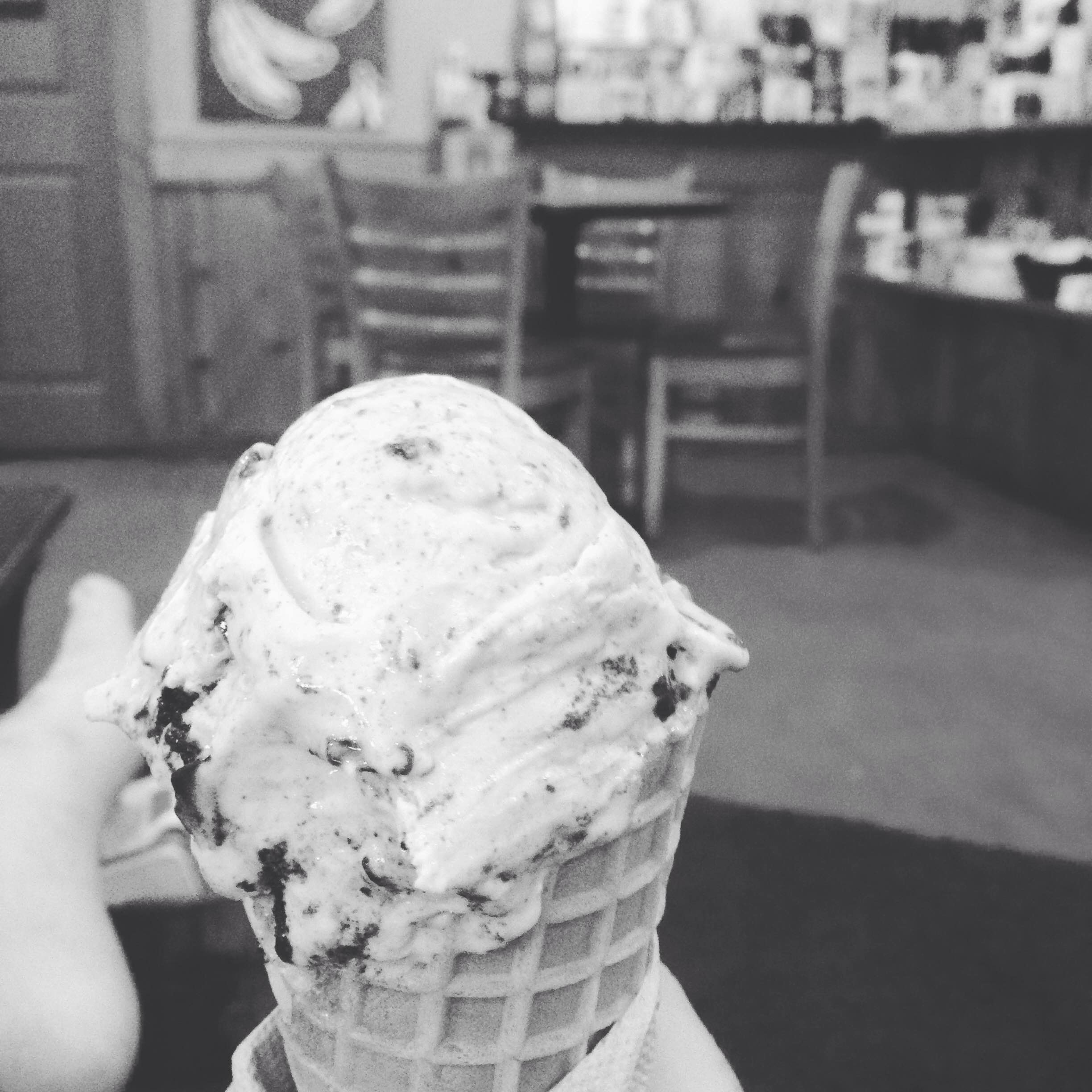 I met this blind guy called Kevin and he was a real prize of a person. He was playing the live mic and did a version of “Tie Me Kangaroo Down, Sport.” In the end it was a wonderful afternoon. The next stop on the tour is Funk and Waffles in Syracuse. I played a really good show and enjoyed the people I met and got the fuck out of there. To be honest I prefer chilling in Ithaca.