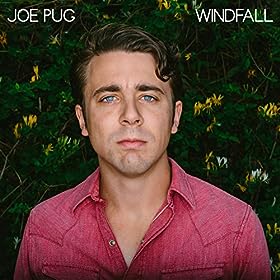 It has been three years since Joe Pug’s last release, a time that found the singer-songwriter coping with the burn-out that comes from years of continuous touring. Sharing one’s music with audiences around the world may be joyous, but the life can be arduous.

In that context, the opening “Bright Beginnings” takes on additional meaning. Ostensibly about a relationship, it rings out with a broader, more universal meaning. “There’s no sure things in this life, babe,” he counsels, “bright beginnings often fade, precious few can keep the flame.” The gentle melody, not to mention the title, convey a sense of optimism even as he portrays the more demanding — and realistic — road along which most travel.

The theme of perseverance continues through songs like the genteel “Veteran Fighter.” A subtle piano and electric guitar give it an evocative feel as Pug sings, “don’t back down yet, it’ll get brighter, stand your ground like a veteran fighter.”

Album closer “If It Still Can’t Be Found” flows with an air of resignation even while the lyrics convey a sense of hope in pursuit of a dream. “If it’s not around this corner it’s around the next,” he counsels before adding, “and if still it can’t be found, it’s probably for the best.”

Windfall documents a songwriter mining his personal experience to find universal experience and meaning. All the better that he shares it through music that is both poignant and captivating.

The album title should tell you just about all you need to know. McPherson returns with another gem, chock full of late 1950’s style rock and roll. He brilliantly hits on the classic R&B touchstones from that era, reaching from Chicago down through Memphis to New Orleans. Lest anything think McPherson is living in the past, he still infuses the songs with a fresh energy. Just one tip – make sure your dancing shoes are on as you give this album a listen. You won’t be able to stop yourself from getting caught up in the groove.

Walker makes no apologies for the somber nature of his latest release. The album’s songs capture the artist coping with the loss of his father. The grief is palpable, reflective of the relationship that Walker clearly had with his father. “You don’t become a man,” he sings on this moving ballad, “until you lose your dad, you see.”

While the tempos on Afraid of Ghosts may be gentler than Walker’s previous work, his sugared voice and melodies remain intact. The album documents an artist maturing with grace all the while maintaining the qualities that his fans have come to appreciate.

Hubbard’s songs tell stories even before he opens his mouth. They rumble and grumble, brazenly representing the Texas dirt from which they were born. A rough and tumble rhythm section guides the way as dual guitars wail with boozy abandon. It’s a glorious sound.

Against this musical backdrop Hubbard tells colorful tales of, using his words from the closing “Stone Blind Horses,” “wild young cowboys, old drunks, paramours and thieves.” Exhibit A is this bluesy sort of love song set to a driving beat. “I’m bad on Fords and Chevrolets, but I’ll be good to you.”

New York City-based singer-songwriter Keating has been putting out consistently good records for more than 20 years. He writes and sings with a New York sensibility, not surprising given that it is the city that he calls home. Think catchy yet street-smart. Whether singing an acoustic folk ballad or a more pop-oriented folk-rocker like this one, his voice has a weathered quality that give his songs distinctive character.

I’m Coming Home, Sam Lewis (from the Brash Records release Waiting On You)

Like JD McPherson, Nashville’s Sam Lewis mines a classic era of American music for inspiration. In Lewis’s case, it’s Southern soul mixed with a dollop of country and folk. The silken drawl in his voice give the songs an authentic feel. It’s especially evident on this sauntering stand-out from his latest release.

When you’re in the mood for some good ol’ rock and roll, look no further than the Tim Lee 3. The three-piece serve up the musical equivalent of a fastball straight down the middle. Lee is a guitarist to admire – never flashy, always enjoyable. His wife Susan Bauer Lee joins on bass and vocals. The combination recalls the finer moments of X’s John Doe and Exene Cervenka. “Another happy hour’s come and gone,” the wail on this gem from their latest, “ain’t nothing left but the dread.”