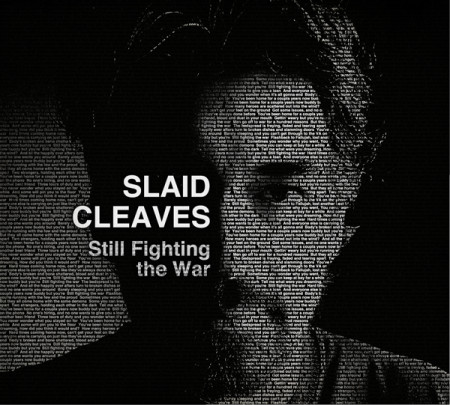 After 12 years of war, it feels like we’re all “Still Fightin’ the War.” I used to think that political albums and their agendas are a hindrance, that the best music should be about the music. But Cleaves uses the war as a cohesive vehicle to tell the story of America. The lost jobs, the PTSD, and the small town life. Also, the former Mainer  also manages to sneak in his undying love for the lone-star state. The themes of loss: love, jobs, and undying allegiance to Texas make a cohesive statement.

Truth be told, I’m certainly late to the Slaid Cleaves bandwagon. But better late than never. Cleaves sings like a modern day carpetbagging Jerry Jeff Walker. His lyrics are timely and fit with the melody. They’re country, country-rock, folk and literate all at the same time. As a fellow English major from Tufts, I wouldn’t have expected anything less.

The title track brings many elements of post-war experience to life. It focuses on the longevity of it. “Hard times coming home now, / can’t get your feet on the ground / Got some issues, and no one wants you around / Barely sleeping and you can’t get through to the VA on the phone / No one’s hiring, and no one wants to give you a loan.” That’s quite the four lines. And the chorus is so singable. You can close your eyes and think you’re hearing a vet talk about his issues.

Cleaves then expands to the other home-town theme of the rural poor. His tune “Rust Belt Fields” explores that very topic. “This is my town / Out in the rust belt fields / We were bangin’ out Buicks And Oldsmobiles / There was always a job / And the money was there / Some say we got a little lazy / Nobody seemed to care.” Cleaves narrator describes his life simply, using the straight-forward style. He explores similar territory “Welding Burns” and “Hometown USA.” Characters who haven’t made it out.

But it’s not all doom and gloom in small town Texas. In fact, Cleaves unabashed love song aptly titled “Texas Love Song” lightens the mood. Its both a love song to both Cleaves objects of his affection. Its catchy and swings along like the best country tunes do. Its an interesting if not truthful portrayal of appreciation for hometowns it seems.

Amongst his lighter Texas fare, “God’s Own Yodeler” tells the story of Texas songwriter Don Walser. The “Yodeler” hearkens back to the old days of Texas legends Jimmy Rodgers.

Cleaves may not be well known in alt-country circles, but his tunes deserve more exposure up north like he gets in his adopted Texas home. He writes of misfits and unlucky rural country boys. His characters are flawed and authentic and his voice and melodies complement the song.