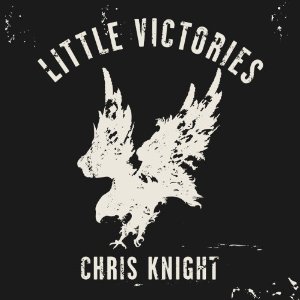 As it seems to be the case every year, there was way too much good music produced in 2012. I try hard to keep up with new releases, but it is often at the expense of time that would otherwise be spent on my favorites. However, for the purpose of  “cussing and discussing” here is my attempt to rank my favorite albums of 2012:

1. Chris Knight – Little Victories:  This may be a bit of a surprise, but this album really meant something to me. There is an honest and heartfelt message of perseverance and hope. His message of survival in hard times derives from his roots. Plus he calls Little Debbies groceries, and that puts “Little Victories” over the top.

2. The Lumineers – Self-Titled: The way they took the musical world by storm is really amazing. Hype usually turns me off. In this case I am glad to see that a group that can put together a body of excellent songs can get this much notice.

3. Mindy Smith – Self-Titled: A brilliant singer-songwriter released what is perhaps the best album of her career. Her lyrics are  moving and profound, but it is her rich vocals and passion give life to her words.

4: Sons of Bill – Sirens: The song “Santa Anna Winds” hooked me on my first listen. Every song after that kept me listening. A true Americana Rock masterpiece. The Sons of Bill  have an almost universal appeal.

5.Alabama Shakes – Boys and Girls: I could almost say “See The Lumineers above”. The Shakes also came out of nowhere to receive a lot of fan fare. They recorded in and hail from the Muscle Shoals area, and the geographic influence shines forth. Their music is both Southern and Soulful, with a balanced mix of tempo.

6. Buddy Miller and Jim Lauderdale – Buddy and Jim: These old friends should have recorded together a long time ago. Let’s hope there is more to come.

7. Mumford and Sons – Babel: They set the bar high on their previous released. On this release, they raised it. I can’t wait to see what they do next.

8. Tift Merrit – Travelling Alone: “Bramble Rose” and “Another Country” are two of my favorite female Singer-Songwriter albums. She may have beat them both this time around.

9. Shovels and Rope – O be Joyful: I was joyful from the first listen. Every song is excellent. They take traditional Americana and make it feel like Rock.

10. Corb Lund – Cabin Fever: Pure Country from rural Canada. The duet with Hays Carll, “Bible on the Dash”, and “Gothest Girl I Can” are also the two funniest songs of the year