After forming his first band in 1977, alt-country pioneer Brian Henneman could easily say “I’ll Be Coming Around” at some point and he would. After a stint in Uncle Tupelo, and then a lending a hand on Wilco’s debut album, Brian can certainly say he’s had his hand in some pretty influential stuff. But then, where has he been? Well, quietly making great records. 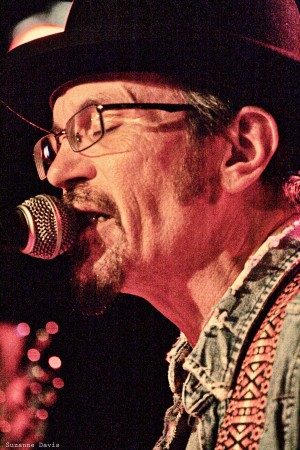 If you haven’t heard, “Indianapolis” has an irresistible guitar riff and a hilarious storyline. Think Dylan’s “Stuck Inside of Memphis” set to an electrified country-rock riff. It’s actually the song that got Henneman his deal when recorded in 1991. It’s about bad fuel pump on an Uncle Tupelo tour. The live performance was stunning and the recorded version comes pretty close. I’ve been listening to it pretty much constantly since the show.

If you know their debut album “Brooklyn Side,” then you would have loved the show. It featured what Henneman called “greatest hits, if they were hits” portion of the show. It was a tight live set with Henneman’s guitar work featured and an audience out in the ‘burbs who appreciated them. “Welfare Music,” “1000 Dollar Car,” and “Radar Gun” all showed the many facets of that stellar album. Henneman sounded comfortable on stage if practiced. He’s been on the road with the band for some 15 years. 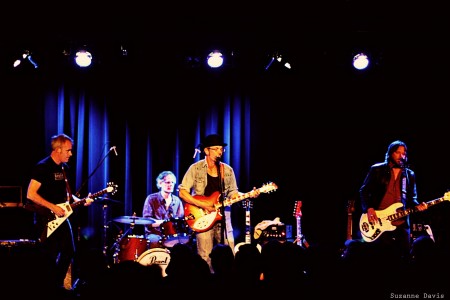 He also talked about his prized possession, his new Rickenbacker guitar. Lots of his love songs, he confessed, were about guitars. But the tune “Big Lots of Love” is one that nods to his wife love of a certain cheap goods store. He managed to sneak it in and not sound like he was trying to hard.

During the show, I found myself thinking that the Bottle Rockets were one of my favorite musical secrets. They’re authentic songwriter, Brian Henneman and tight band shouldn’t be playing such a cozy little arts centers in the burbs. But they are. The tunes are from a different era, as Henneman put it, and we’re lucky enough to get a chance to hear them in such an intimate setting. If you like dyed in the wool alt-country in all its ragged glory, don’t miss this band.