One of the most amazing things about Justin Townes Earle is how he reinvents himself on every album. For a singer/songwriter, this truly is a feat, but JT Earle has managed to do it for better or worse on pretty much every album. This time around, he’s managed the biggest turn of his career. And although it may be a bit jarring the risk pays off. 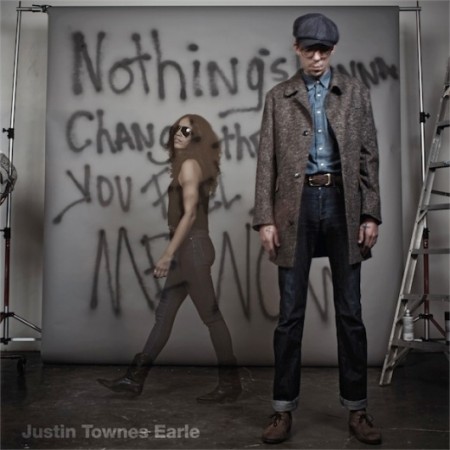 The title track of the record features an out and out soulish croon that I didn’t know JT Earle was capable of. It’s also one hell of an anti-love song.  He starts out “It’s a shame babe / Nothin that you could do / Things change babe / Such is my feelings for you” and he gets to the chorus “I never loved you / I never loved you.” It’s a stinging message but one that feels refreshing in the normally happy confines of the saturated soul-love song category. It’s a tune that features JT Earle as a singer and puts his normally incendiary guitar work in the background.

Leadoff track “Am I That Lonely Tonight?” has horns and a R&B feel as well. Townes singing stands up just as well in front of horns as he does with textured acoustic guitars. “Look the Other Way” continues in a similar tone with JT Earle taking the reins of the song in his own vocal chords and keeping the guitars jangly and upbeat.

On the second half of the record, JT Earle tones down the tempo and the horns to song a bit more like he has. The tunes “Down on the Lower East Side” and “Won’t Be the Last Time” mine a progression in this direction. They’re more similar to the quieter moments on Midnight the Movies. While they give the album a different feel, they’re certainly some of the less compelling moments.

Luckily, JT Earle turns it back up and the soul energy shines through “Memphis in the Rain.” JT Earle can really hold a note. It allows his songs to stand on in a different way. The record leaves a bit of a negative lonely vibe that lingers. The forlorn nature of the album is certainly affecting.