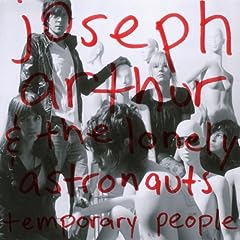 Apparently Joseph Arthur still has a few things left to say this year. After releasing four EPs this spring and summer, Arthur serves up a proper full-length release just in time for fall. The album has a loose an energetic feel to it, as if Arthur and the band got together in a living room and just started jamming. Most of the songs have simple repetitive melodies, leaving most of the focus on the musical grooves and Arthur’s vibrant lyrics. His best songs tend to have spiritual elements, such as the rousing group vocals on “Heart’s a Soldier.” The following track, “Turn You On” locks into an impressive groove as Arthur laments, “You say I don’t turn you on until its time for me to go.” Throw in some magnificent organ riffs from the Band’s Garth Hudson and you’ve got an album that is perfect for October day-dreaming. 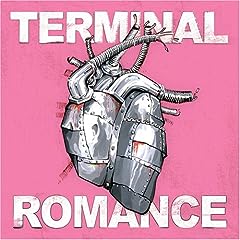 Nova Scotia’s Matt Mays and El Torpedo are ready to rock with an album chock full of heavy guitars and classic rock melodies. Songs like “Laser Guided Love” and “Stand and Deliver” hearken back to early Tom Petty, albeit with a bit more urgency. Even the 1980’s-esque touch of synthesizer on “Northern Belle” can’t mask the guitar fury.

THE PLAYLIST:
You Are, Gretel (from the self-released Unreturnable Dirt)
This Boston area folk band is a wonderful recent discovery. While the record is impressive, one must see them live to fully appreciate their talents. Each band member is a multi-instrumentalist and the trio collectively craft a soothing acoustic sound.

Audio Download: Backyard Tire Fire, “How the Hell Did You Get Back Here”

Me and Julio Down by the Schoolyard, Jesse Malin (from the One Little Indian release On Your Sleeve)
Covers are always tough, let alone an album full of ‘em. Malin’s distinctive vocals fit well with this otherwise faithful cover of Paul Simon’s 1971 classic.