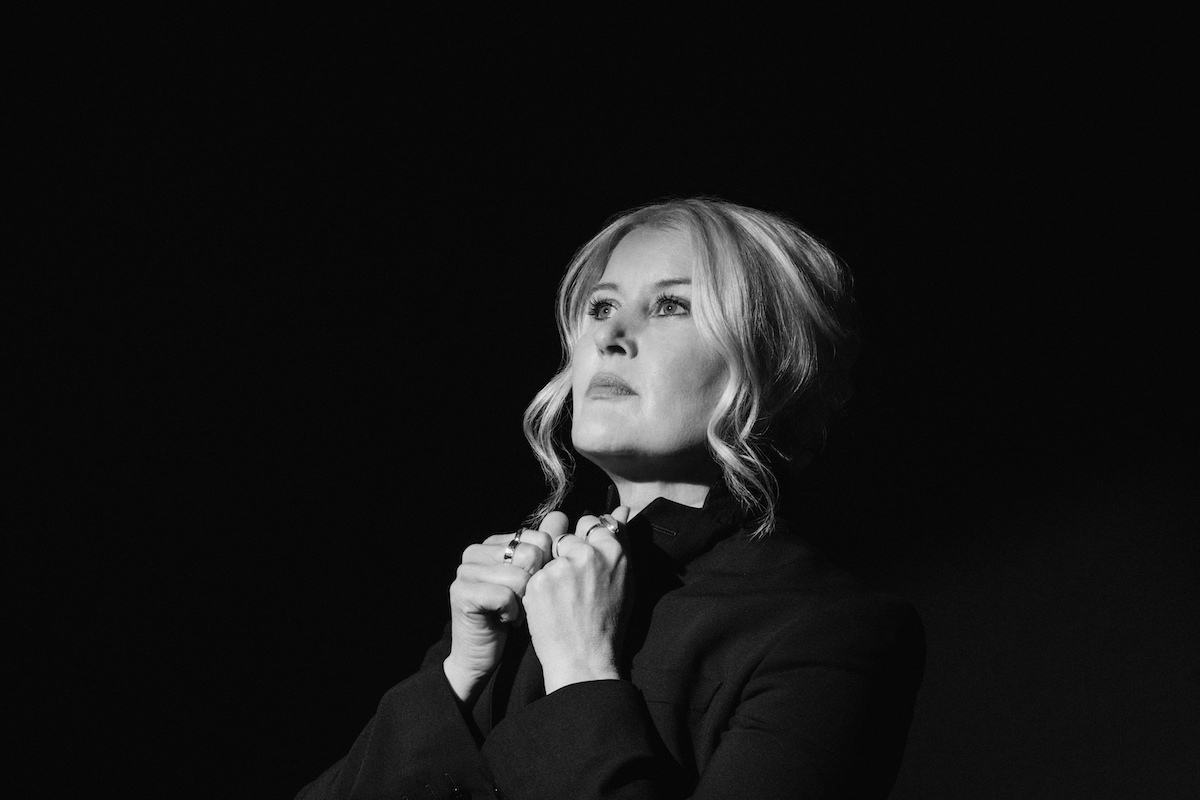 I never owned a car until my thirties. In my twenties (in the 90’s), I couldn’t afford one, and I lived in downtown NYC (when I wasn’t out on the road) so it made no sense to own a vehicle. Touring changes and continues to change depending on conditions – I started as an acoustic duo driving across America in a Cadillac, playing coffeehouses. The PA could fit in the trunk and the ride was comfortable. Mostly I’ve been in rental mini vans when touring the States. I’ve been in buses, too, and with a great bus driver, that is the best way to tour. But mostly I’ve been in minivans. Rock n’ roll minivans. I know that’s myth-busting. But they’re practical, affordable and relatively comfortable. I’m sure I’ve broken down more than any of those minivans.

It’s much easier to eat more cleanly now than it was in the 90’s pre-internet. The web/Googlemaps/Siri have all made travel much more easy and pleasant. I used to carry paper maps and Vegetarian bibles. And conduct interviews at pay phones! We would encounter community at local health food stores. Although Whole Foods is absolutely a saving grace, I do miss the culture around local, Mom and Pop vegetarian restaurants and health food stores. We usually try to support small businesses and ethnic food. There will be vegetarian fare and the meal is usually cooked by a family member who cares. You can save money by eating breakfast at the hotel (which I almost never do, unfortunately, because I’m picky and those breakfasts are rarely wonderful) and eating a meal provided by the venue precisely because it has been included on your rider. It is better to survive on a handful of almonds and hold your hunger for good clean food rather than break down and eat that junky fast food.

Because I grew up with most of my musicians, playing together since college, we haven’t really rehearsed for decades. If there is a special project we will find time in someone’s living room. But usually, we communicate a little pre-tour, prep at home individually, and use soundcheck for rehearsal. Then we grow musically together over the tour. Coming from a jazz background I like an experimental, fluid mindset. Everyone is a great musician with great ears, so we are ready. If there are “mistakes” they make for colorful music.

My Mom says I was singing my own songs before I spoke English. Just a baby, I created a song to sing myself to sleep every night. One earliest song I remember composing; I was a child, looking out a window, there was quite a bit of John Denver playing in the home at the time, and I was feeling existential. The song was called “God May Take The Earth.” “God may take the eaaarth, with the trees and flowers…”

My first gig was with a swing big band. I sang standards. We performed at a jazz club called “Ryles” in Inman Square, Cambridge. I was seventeen.

I started waitressing at age fourteen. I worked at cafes as a barista, baked in a bakery, washed dishes, worked the cash register, scraped and painted a house exterior by myself, more waitressing. Then the singing became a job with weddings and jingles and functions. None of that I liked.

Because I was a fast typist I considered temping, but the first time I was offered a job, I put on a white, corporate-looking blouse, and as I prepared to leave, I looked at myself in the mirror. And I just died. I knew I couldn’t go to an office. I’d be abused by men and miserable. So I had a talking-to myself in that moment. It was a defining moment in which I fully supplicated my life to my path as an artist. I’m so proud of myself for taking off that horrible blouse and never taking an office job. I was always seeking my truth in the writing. Freedom came when I started to be paid for my songs, for my mind.

I’ve been cool, I’ve been forgotten. I’ve been hot, then not. Sometimes the music was wonderfully profitable and then there were lean years. I’m glad for my work ethic and knowing how to budget for rainy days. My New England parents taught me frugality and saving and humility. One must walk a middle path so as not to be too concerned with the highs or the lows. Just keep walking the path.

When I was actively parenting, unable to engage in my career, especially as a single Mom, it was hardest. Now that the kids are grown I can stretch into my career again more easily. I release music more prolifically, engage in my socials much more, and I find my songs and my name are creeping up in popularity and public consciousness again. It is wonderful to hear new, young artists play your music.

So I began living on a burrito a day for $2.15 (half for lunch, half for dinner) because I was taking that path of dedication to my art, no compromises. Then on my second album with the hits I was hot stuff – there is a learning curve when money suddenly comes. Then I lost a lot and struggled. I made some poor choices. It took a long time to rebuild my life from a damaging divorce. Now it seems the Universe is opening up again.

Because I’ve known hardship and success both, I want to be like the tortoise maintaining my integrity and self-directed pace: I’m staying centered and calm on the path of life. It’s getting better and better for me because I continue to build a catalog of music and the old songs continue to thrive.

I wish I had honored the small, quiet voice inside against all odds, at all times. And I wish someone had told me that the most important decision to make will be who you marry, if you marry.

Paula Cole has never been afraid of speaking complex truths. With a musical catalog defined by honest and deeply personal lyrics carried by her powerful, radiant voice, Cole has always had a gift for discerning the underlying humanity in stories from her own life as well as those around her, and channeling those emotional elements into captivating music. On American Quilt, her latest record, Cole has applied this natural insight to American history and musical roots traditions by interpreting a selection of classic songs – each of which provide an entry point for rediscovering the overlooked stories and figures that populate America’s interwoven cultural lineage.

Connect with Cole online and (eventually) on the road.