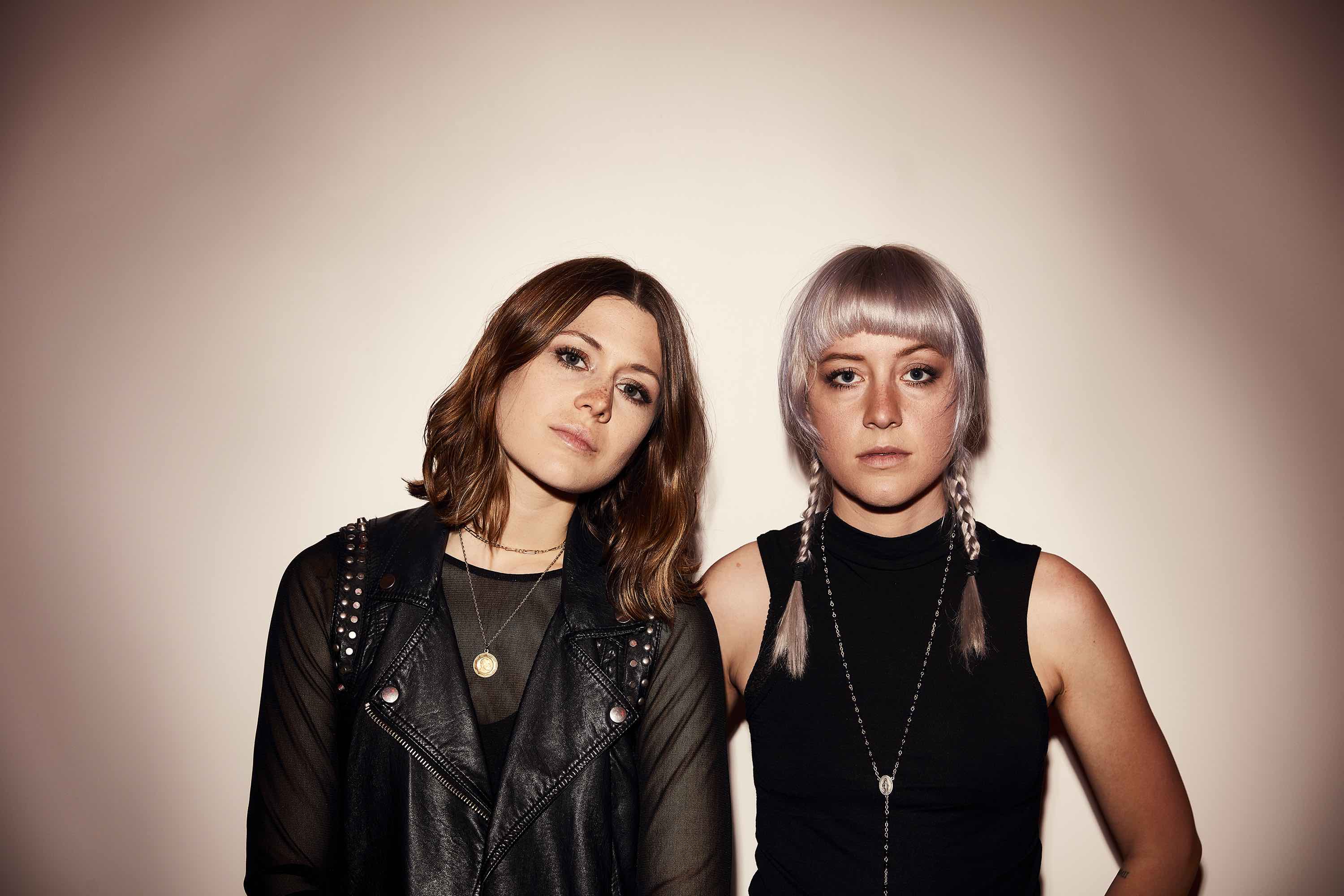 Rebecca: We’ve toured in any vehicle you could imagine: from tour buses to sedans (we’re hoping to do a tour by horseback before it’s all said and done). One of our craziest “break-down stories” took place a few years ago while we were on tour in the UK: We were touring in a 15-passenger van called “The White Pony” and had been out on the road for 3 weeks when the van finally broke down way far north in Scotland a few hours before the final show of the tour. We jumped through hoops to make it to the show on time and, after the gig, had to tow the van all the way from Scotland back down to London. It took an entire day and 5 different tow trucks. Gnarly.

Megan: We make a lot of grocery store stops! None of the guys in our crew are fast-foodies, so we always allot a little extra time for food. You only get one life and one body, so we try to our best to keep our intake as fresh and unprocessed as possible.

Rebecca: I am a very heavy-handed musician and wind up breaking a lot, lot, lot of strings. I typically wind up changing strings 7-8 times a month? So if you add it up, that’s like 600 bucks a year! Fortunately, the good people at Ernie Ball hook me up with strings and I am deeply grateful for their support.

Megan: The dudes in our band – Kevin & Tarka – have a basement rehearsal room at their house. We have spent many hours slowly deafening ourselves in that 10×10 foot room; when you cram a full drum kit and 3 amps into that small of a space, it’s a powerful amount of sound.

Rebecca: The first song I ever wrote was called “Breaking”, I think I wrote it when I was thirteen? It’s a melodramatic song about the ending of a relationship – even more melodramatic because I had never even had a boyfriend. “Now my key is in the lock of this old empty house, I’m locking up the memory of our shattered vows. My heart’s still there but you don’t care, you’re tearing it in two. And I can feel my heart breaking.”

Megan: Our first gig was at the Signal Mountain Opry in Signal Mountain, TN way back in 2004. We performed as a bluegrass outfit called ‘The Lovell Sisters’ (which included our eldest sister, Jess). The three of us little kids were super excited to play for folks, but also extremely nervous – so nervous, in fact, that we carried lyric sheets up onstage with us. And we still messed the lyrics up.

Rebecca: Shockingly, Megan and I have never held any other jobs outside music. We started touring when we were fifteen, sixteen and have pretty much been on the road ever since. It has certainly been rough going at times, but we’re in it for life. I guess you could say our “day jobs” have been stepping out as hired guns for other artists: from Elvis Costello, to Keith Urban, to Conor Oberst (of Bright Eyes). We love those day jobs.

Megan: 5 years ago, we were making nothing. Now, we’re making next-to-nothing! And it’s a definite improvement! All jokes aside, trying to make a living in the music industry is a very difficult thing to do – ask anyone. As independent artists, we’ve had to have great tenacity to “stick with it” and keep playing the long game. It’s never a sure shot, but music is worth the gamble.

Rebecca: Change is nothing to be afraid of. Throughout our lives – as humans, as artists – we are all in a perpetual state of change. And that’s okay. Embrace it!

Rebecca & Megan Lovell of Larkin Poe are singer/songwriter, multi-instrumentalist sisters creating their own brand of Roots Rock ‘n’ Roll: gritty, soulful, and flavored by their southern heritage. Originally from Atlanta and currently living in Nashville, they are descendants of tortured artist and creative genius Edgar Allan Poe.

Venom & Faith, their latest album, was released on 9 November. Connect with Larkin Poe online and on the road.