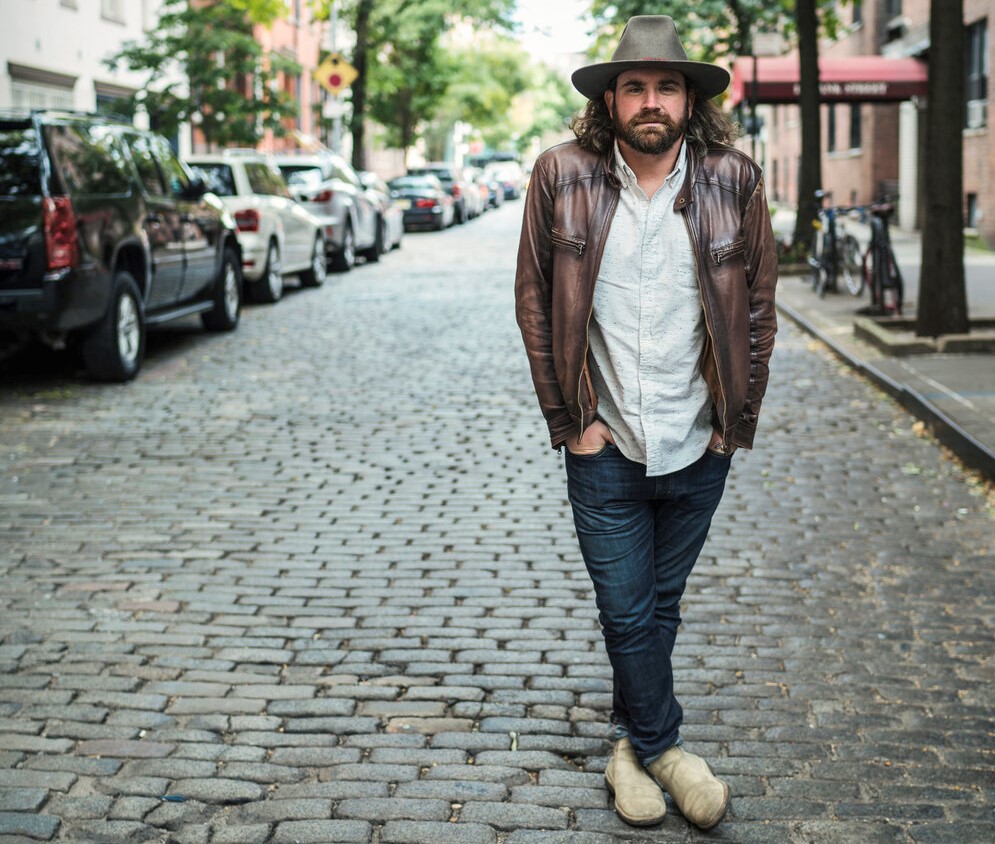 I actually just bought a new van so this is EXTREMELY pertinent. I have a 2019 Transit 350, and she’s a big lady. Fifteen seats, although I took out the last few rows so we can store gear and my pups can have space to hang out. It’s an awesome van and I’m still thinking of a good name for her. There’s like 15 cup holders in there so maybe something inspired by that!

HAHAHAHAHAHA. The answer is I do not. It is VERY, very hard. There was one tour where I was doing the Whole 30 Diet, and literally all I could eat was like boiled eggs and water. I was always hungry. Eventually I had to break it and starting eating real food again just so I could perform. I’m sure there are ways, but when you’re touring on a budget, it can be hard to eat well. I am going to try and bring a cooler the next tour so we can bring stuff from house to house and maybe cook more!

Oh, you’re talking to the ultimate string killer. I break a string ALMOST every show, so I always have to tour with at least two guitars, preferably three. I must break at least 100 strings a year, maybe more. I play way too hard.

I’m fortunate to have a big enough house and no roommates, so my living room is my practice space. There’s a drum kit, guitar amp, bass amp, and PA ready to go, so it’s pretty convenient. I do have neighbors but I try to practice during the day to keep it all kosher. I love that I have a space at my house, it makes me a lot more excited to practice and my dogs love to hang out with musicians.

I laughed out loud at this question. The song was called “Walk Another Day”. Here’s a line – “Every time you fly, the stars start to cry, the wind is at your voice, sail me on my course. Eyes reflect the sun, comets overrun. Screaming years away, walk another day.” The song is about my first girlfriend, Haley (Haley’s comet reference), and I was probably 13 when I wrote it!

My first gig was at my high school in Rocky Mount, NC. It was some sort of pep rally or something in the gym and me and some musicians were asked to play. We rocked out HARD to “Hotel California” but weren’t allowed to sing the lyrics since they were deemed inappropriate, so cue the eight minute guitar solo.

My last FULL time day job was working as a social media manager at LetGo, a Craigslist-style app for selling your stuff. I was a copywriter and editor for years before I went music full time. My favorite job was probably as a copywriter at Fab.com. They had an epic office in the West Village in New York City and there was free breakfast and lunch every day. Also free snacks and free booze and tons of parties. Obviously, the company went under, haha.

I have made more and more money off music as the years go by. I’m not at where I want to be yet but I’m proud of the work I’ve put in. I have taken on a larger variety of opportunities including songwriting, performing in a wedding band, and house shows. Expanding what I offer as a musician has increased my revenue and I suggest everyone think about new and unique ways to make money off their talents!

It’s not a competition. It’s easy to get down on yourself by looking at another’s success. The best thing you can do as a musician is genuinely wish the best for others and put your head down to do what’s best for you. Make good music, be nice, and work hard.

Raised in North Carolina, Brooklyn-based Americana crooner Kevin Daniel is set on making NYC a destination for Nashville sounds. The songwriter and multi-instrumentalist brings southern rock, gospel, and blues to barrooms of Brooklyn and beyond. But Daniel wasn’t always chasing his dreams.

In the winter of 2013, during a dinner party in Bushwick, Brooklyn, Kevin received a phone call from his sister that would change everything. His mother and stepfather, adventure-seekers and amateur pilots, had been flying back from their mountain house in western North Carolina when their plane had crashed, killing both of them. Daniel’s life was turned upside down, his family torn apart and the world forever changed. During his return to North Carolina to help with family business, and while reliving his parent’s lives through photos, essays, and family stories, Kevin wrote over a dozen songs, all fueled by the grief of losing his parents as well as the celebration of the large lives they were known for. From those songs six were chosen to record, including one written specifically for Kevin’s parent’s memorial service.

The result of those recordings was FLY, Kevin Daniel’s inaugural EP. The six-song project was recorded in 2014 in Brooklyn and embodies the depth of Daniel’s emotions during a time of supreme distress. Southern sounds of banjo and country-loving three-part harmonies were backed by rock riffs and pop lyrics, which spoke true to life and the celebration of living.

In 2018 Kevin Daniel finished his second EP, Myself Through You, recorded at Degraw Sound in Brooklyn, NY, and produced, engineered, and mixed by Ben Rice. Featuring instrumentation as diverse as pedal steel guitar, flugelhorn, and bluegrass banjo, the songs on Myself Through You deliver sublime lamentations of the country-tinged Americana Daniel has created over the last few years.

Kevin followed up his sophomore release with his first full length LP, Things I Don’t See. The 11-song album brings together some of New York state’s most talented musicians and producers, including Anthony Krizan (Spin Doctors), The Restless Age, John LeDeau (The National Reserve), and Kenny Siegel (Old Soul Studios). The album has taken Kevin all over the US and UK, touring both solo and with a full band, gaining global radio spins through tunes like “Used To Be”, “Pour Me A Drink”, and “Time To Rise”.

Daniel’s latest album, Been Here Before, was released on 16 July. Connect with Daniel online and on the road.