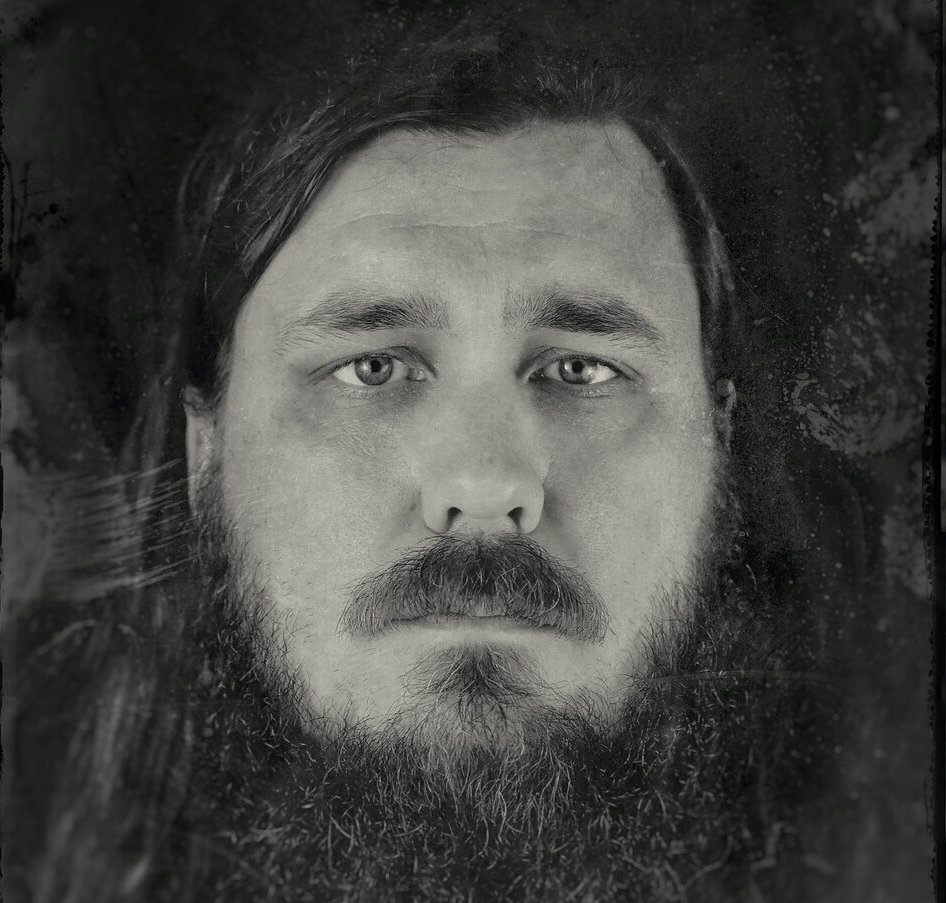 A bright red Ford E-350, my third touring Ford. This one has Rhino Liner floors. I cannot express how clutch that is, given the scoundrels that tour in it. The last “break-down” we had, we had a tire blow out in the middle of nowhere, Indiana. I get it up off the ground with those shitty jacks that come with the vehicle, only to find that the spare had somehow been deflated. I take to social media, to apologize for the tardiness and for the inevitable sound mix minus a proper soundcheck. Within ten minutes of that post, a fan had delivered a spare (with air), gotten it on, and gotten all four wheels on the ground.

It’s one or the other, frankly. If it’s gas station stops, your best bet is beef jerky, maybe those packaged sliced pickles that are starting to show up more. But better to take the time to eat a proper meal, in a proper local restaurant. It’s healthier than fast food, but better than that: you taste the local fare. You’re missing out if you’re not trying things in the various cities you end up in.

Next to none, but I put on a fresh set every other show. It can be a drag if you don’t spend some time with them before the show (not a fan of the sound of fresh strings), but my instruments take a beating. More than a couple shows, and you can bet I’ll pop the G.

Doesn’t cost much. Bulk is your friend.

Unfortunately, I recently lost my rehearsal space of the last few years. Smiley Pete, a publisher here in Lexington, had to downsize and relocate in the midst of this pandemic. They were gracious enough to let me and the fellas rehearse in their large back room.

I’m not going to count the songs I wrote in the heavy rock high school band I was in, and blame it on misremembering. The first song I wrote that I can truly recall was called “Everything”, because the 90’s, and the first verse was along the lines of:

Apparently ‘now’ is the only thing that rhymes with ‘now’.

Hard rock kinda band, high school. 1997? 6 bands, varying from very heavy to very heavy but also weird. I had an acoustic guitar for a single song, and a Strat. I change the strings on the Strat earlier in the day, not knowing I should stretch them. We start the first song, I’m at least a full step out of tune. I think we got like 6 songs, so tuning wasn’t an option. Played the rest of the gig on an acoustic guitar. Heavy, guitar songs, me playing an acoustic guitar. For shame.

My last day job was 12 or so years ago, waiting tables. Realistically, that was probably my favorite as well, given that other jobs included shoveling horse shit on a horse farm, cleaning out rail cars for the railroad, and loading trucks for UPS. But man, I waited tables at a steakhouse that played modern country radio. That’s traumatic.

It’s always been better than the year before. I’ve made a living off music for over a decade, but it didn’t start being a living anybody’d care too much for ‘til the last few years. There’s no telling what it’ll look like in 5-10 years, but I’ve always felt like if you don’t take your fans for granted, if you try to put out the best work you can, they’ll be there.

I took a lot of pride for a long time in doing everything myself. Part of that is a necessity; Lexington ain’t Nashville. There’s no significant music infrastructure. But man, I never asked for help from folks, never wanted to come off like a stereotype when I was starting out. That’s the foolishness of youth. There’s plenty of good people that have done what you’re doing long before you did, that are happy to tell you what they know. Just ask.

After spending his childhood in Blanchard, LA, Wells moved with his family to Cynthiana, Kentucky as a youngster. Growing up in the rural South, he rebelled against the commercial country music that surrounded him, instead preferring the trippy psychedelia of Pink Floyd and the brash energy of Guns N’ Roses. After an aimless couple of years trying to put a band together in rural Kentucky, he moved to Lexington, and immediately launched the cult favorite Southern rock band Fifth on the Floor. The group released a couple of well-received independent records before teaming up with Shooter Jennings on their breakout third album, 2013’s Ashes & Angels, which debuted on the Billboard Country charts. While the record earned raves and helped land the band dates with the likes of Chris Stapleton, Sturgill Simpson, Jason Isbell, and Blackberry Smoke, it would prove to be the group’s last, and following a pair of hometown farewell shows, the four-piece split for good.

With the rug suddenly pulled out from under him, Wells found himself in freefall. Rather than succumb to the disappointment, though, he decided to write his way through the heartache, emerging stronger and more creatively invigorated on the other side with his solo debut, Dawn in the Distance. The record (and its subsequent touring) prompted the best reviews of Wells’ career, with Rolling Stone hailing his “gift for melody” and Saving Country Music praising his “stunning insight and honesty.” The album reached #3 on Amazon’s Alt-Country/Americana chart, and songs from the collection racked up more than a million streams on Spotify alone.

Wells released The United State, his latest album, earlier this year. Connect with Wells online and (eventually) on the road.