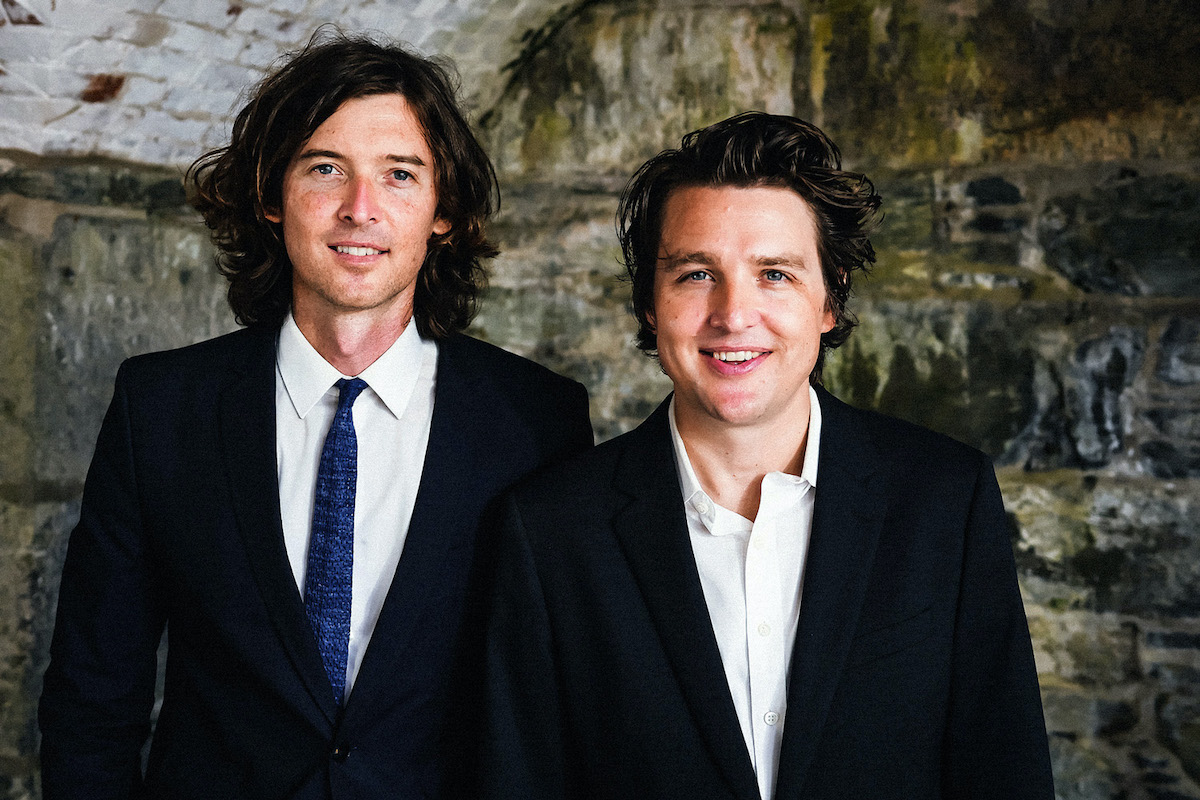 We’re pretty nimble. Sometimes it’s just the two of us so we’ll fly and rent minivans. Sometimes we take a bus and a crew. Oh god it’s so sad to write this. I hope we tour again someday.

In the old days, we became pros at cobbling together not-disgusting meals at truck stops. There’s always random packages of nuts in there, and a sad basket of bananas near the register. Wash it down with a Naked Juice Green Machine (which only looks healthy) and you’re on your way. They even sell vitamins, but I never trusted those. Now we keep a blender on the bus for smoothies, and there’s almost always a vegan place near the venue or at the airport. It’s gotten easier.

I break zero and Kenneth breaks a lot and they are free – thank you Martin!

Our rehearsal spaces are our houses and hotels and green rooms and bus lounges and back alleys and rooftops and conference rooms. Always hilarious to get a noise complaint at the hotel. We’re literally playing lullabies.

One of the first songs we wrote when we met each other was “Milk Carton Kid” and we named ourselves after it. We’ve made many other mistakes since then, too.

Our first real gig together was a complete hometown triumph — a sold-out show at LA’s legendary McCabe’s Guitar Shop. Most of the people there were our friends and family, though we had each built up a modest local following over the previous years as solo artists. It all coalesced into the best gig either of us had ever played. After that night, it took us years to have another show as well-attended.

My favorite job was pizza delivery boy in high school. It was in a fancy neighborhood so I’d drive around listening to music all evening, get rich people tips, eat a free dinner, and get off in time to go out afterward. I got fired cause I forgot to show up for the second time in a month, but I would take that job again today.

Live performance makes up at least 80% of our income. It’ll be nice when that comes back. Most venues in North America will not survive the shut-down without government assistance. This is true for a lot of industries, but venues were the first to close and will be the last to open and we have a bad habit of not funding the arts in this country. Organizations like NIVA are lobbying for a targeted rescue package and I desperately hope they succeed.

That no matter what happened, I wouldn’t be able to stop.

Founded in 2011, The Milk Carton Kids swiftly emerged as a major force in the American folk tradition, blending ethereal harmonies and intricate musicianship with a uniquely powerful brand of contemporary songcraft. 2013’s ANTI-debut Ash & Clay proved their national breakthrough, earning The Milk Carton Kids their first Grammy Award nomination for Best Folk Album. A second Grammy nomination for Best American Roots Performance followed in 2015 for the track “The City of Our Lady” from band’s acclaimed third studio album, Monterey, and 2018’s All The Things That I Did And All The Things That I Didn’t Do was nominated for Best Engineered Album, Non-Classical.

The Milk Carton Kids recently digitally released the live album Live From Lincoln Theatre via Anti- Records. The duo both filmed and recorded their set at this Columbus, OH theatre in October 2013 during their tour in support of Ash & Clay. Released as a film in 2014, this is the first time the show’s audio is available on all streaming services.

Connect with The Milk Carton Kids online and (eventually) on the road.