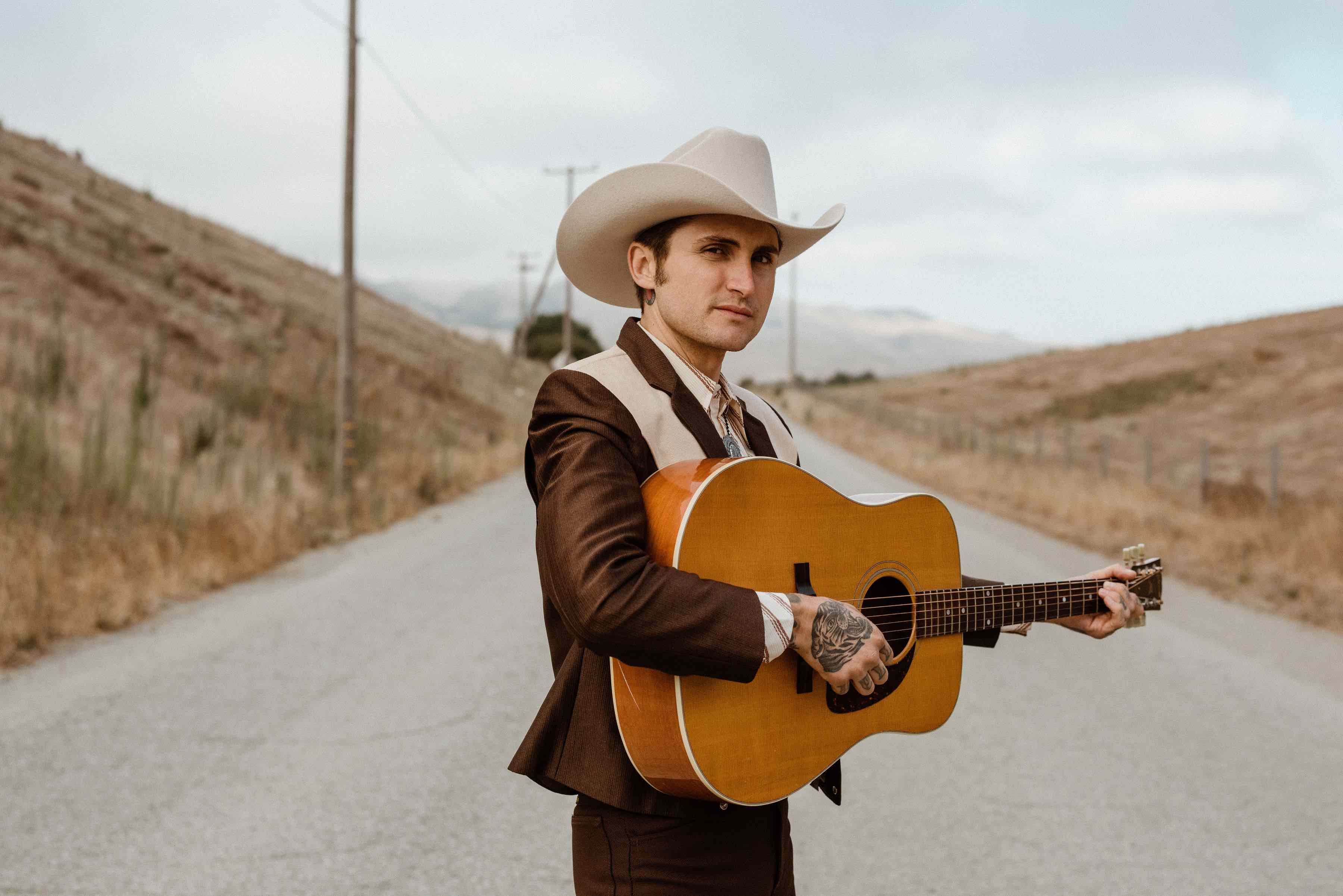 Our current vehicle is a 2017 Ford Transit. We call it “Midnight Special”. It’s by far the nicest vehicle (or thing in general) I’ve ever owned… Still paying that baby off, but it helps us to be on the road that much more with its reliability and comfort etc.

Before that, we had a 97 Ford Econoline that was pretty beat. We pushed her to the limit, broke down a few times on the way to gigs.

Before that we’d put all the gear in my pickup. It’s been a steady upward evolution.

Grocery stores. That’s the best way I’ve found to save money and not eat garbage. We always hit a store up every few days.

Couldn’t say, a lot I’d bet. It used to cost some money for sure, but now my sponsorship with Ernie Ball keeps me stocked on strings and other gear. They’re the best!

It’s usually at my house, which is a laid back place. Can’t say anything crazy has happened… yet.

I used to write so many as a kid, I can’t remember the very first. One of the first was “Don’t Push Your Luck” and the opening line goes “Well I could do just what I want, if it makes me feel alight, if the sun comes up tomorrow it means I’m doing something right.”

My first real venue gig was at a club called Slims in San Francisco (RIP). There was a battle of the bands and somehow we got in, even though we all lived about an hour and a half south of there. I was 11 or 12 I think. There was mostly just the other bands there and they were all snobby older punk rockers so they kind of laughed at us… but I had a great time. It was the beginning of loving being on stage for me.

Last day job I had was plumbing. I was working for my buddy, crawling under houses, running pipe and whatnot. I’ve worked so many different jobs it’s hard to believe… Passing out flyers for a shuttle service while homeless in Honolulu was pretty cool. So was delivering kitchen equipment… and landscaping. I think working at the Tattoo Shop was the best though.

Past 5-10 years I went from everything I owned was in a trash bag living on couches or in motels to having a job and a steady place to live… to what I do now. Just like everything else in my life it’s been an uphill climb to where I’m at. Sometimes it hits me how good my life is today compared to the way I used to live.

I can’t say for sure what it will look like in 5/10 years from now, but I do know that at the rate Jodi and I work we plan to have enough money to live comfortably and give back by then.

That “cool points” don’t equal ticket sales, record sales or fans. It’s none of your business what others think about you. And that if you believe in what you’re doing, that’s 90 percent of the battle. A few things I’ve learned along the way.

Two years after releasing his self-titled debut — an album whose songs mixed the twang of classic country with greasy, roadhouse-worthy muscle, earning its creator an Ameripolitan Award for Honky Tonk Male along the way — Jesse Daniel is Rollin’ On.

Inspired heavily by the California country music that’s been emanating from his home state for decades, Rollin’ On finds Jesse Daniel in fighting shape, clear-eyed and inspired after overcoming the addictions that haunted his teens and early twenties. It’s a record about momentum, redemption, and the realization that the darkness of your past doesn’t have to dim the brightness of your present. Co-produced by Grammy-nominated legend Tommy Detamore, Rollin’ On is perhaps most importantly a modern update of a timeless sound — a California country record for the 2020s, with one boot planted in the same sonic territory that Buck Owens and Merle Haggard once occupied, and the other pointed in a direction that’s entirely Daniel’s own.

Connect with Daniel online and on the road.