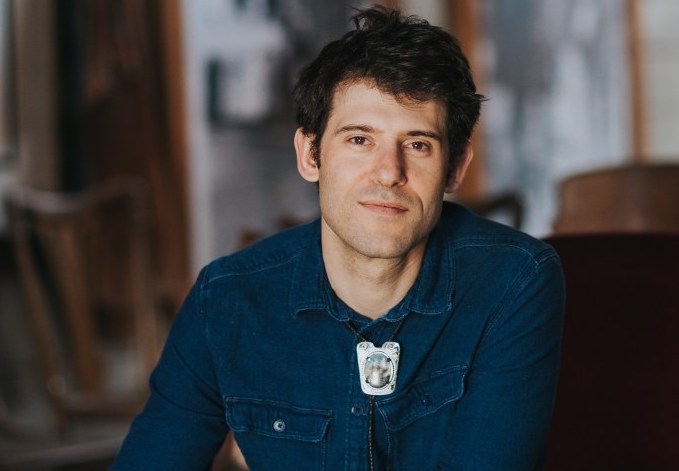 In the COVID era, my tour vehicle is a webcam. That said, I toured steadily from June of 2009 to March of 2020, and had several vehicles come and go. Generally, I bought older cars, ran them up to 230k miles, and sold them while they were still worth anything. Toyotas are my favorite.

One time, a lousy mechanic left a few hoses disconnected in my engine, so I blew a head gasket- however, I had to be in Santa Fe in 48hrs for my next gig. So, I drove the 300 plus miles from Carbondale, CO to Santa Fe, NM at 35 mph with a smoking engine, over two or three mountain passes. I arrived on time.

Depending on where I’m staying, people generally feed me breakfast and dinner, which I appreciate. Since I only have lunch to worry about, I try not to skimp. The salad bar at Whole Foods is a great, usually affordable meal- good for cleansing whatever gunk you’ve been eating. I try to pack fruits and veggies that will last for a while, in case I’m in a food desert for a couple days. I’ll eat raw cucumbers, sweet peppers, and carrots. Organic canned soup and trail mix are also road food staples.

I hope I don’t jinx it by telling you, but I don’t break strings. I haven’t in years. Usually, I’ll leave a set on for 3-6 months, and longer on my electric guitars. I prefer the sound of old strings, but they become more fickle to tune after 2-3 months of steady play, so that’s when I ditch them.

My rehearsal space is wherever I am. Given that I was traveling 70-100 days a year, I couldn’t plan on rehearsing in one specific place- I just made it happen along the way. I’ve practiced in the back of a camper van on I-70, a highway pullout in Wyoming, a green room in La Grange, and numerous rickety barns.

The first song I wrote is called “Please Don’t Die, But Do.” I wish I could find the lyrics, but they’re long gone. It was a satirical, tongue in cheek love song, and it was terrible. I was probably 20 when I wrote it, and had just heard Todd Snider’s “Statistician’s Blues” and thought, “I can do that!” Turns out you can write hundreds of songs and still be chasing Todd Snider.

My first show was for a Battle of the Bands in high school. I had terrible stage fright, so to compensate, I would dance erratically and hump the amplifiers during guitar solos. I don’t think that counts as my first gig since it was through my school. The first gig I considered a gig was playing guitar in the house band for an open mic night in Aspen, CO. I was 18, and would sneak in through the delivery door with my guitar and amp, so the bouncer wouldn’t card me. I was paid in french fries.

Day jobs come and go. My last one was in 2019, at a small, hippie grocery store. My favorite was as a sound engineer and booking agent for a music venue in North Carolina. I learned a lot about how artists organize their touring and record releases. I also learned how many musicians (and venues) are crushed by debt, poverty, and their own bad habits. It was heartbreaking, and educational.

Ten years ago, most of my musical income could be calculated in beer and bartered vegetables from the farmer’s market. Five years ago, I made my living performing cover songs at weddings, breweries, and private parties. By 2020, my income was mainly people paying to hear me sing my original songs (which was an absolute dream come true, and I pinched myself daily). Looking ahead, I’m working to diversify. Performance, merchandise, royalties, lessons and workshops, consulting, audio engineering, production, etc. Having consistent income from several sources creates stability- which is appealing, given the global situation.

Once you’re seen in public with a guitar, there is a myth people tell you. They say, “you’ll be famous one day” or “someone is going to discover you.” This is mostly untrue, and glosses over the tremendous amount of ongoing work and practice that successful musicians undertake. The best artists make their own opportunities, and work overtime to make the most of what comes their way. I wish people talked about this more, instead of the “get discovered” fairytale which pins every hope and dream on a single powerful person’s discovery of your music. In reality, a career is built on thousands of people discovering and sharing your music, not just one.

Based in the small town of Carbondale, Colorado, Jackson Emmer began singing at the unlikely age of 20. However, due to the arid, mountain climate, and the rigors of long bar gigs, Emmer’s vocal cords were soon in tatters. By 28, he had lost his voice completely.

Undeterred, Emmer saw this as an opportunity- a fresh start disguised as defeat. “I’m a quiet optimist. There is only one way: forward.” Emmer says. He rebuilt his voice from the ground up, learned to sing again, and a new sound emerged- The scars of mountain living forever sealed into his timbre. Lush with overtones, ghostly harmonics, and friendly grit; Emmer’s voice is better than ever.

His third studio album, Alpine Coda, places Emmer’s unique singing front and center. Recorded in just five days in Nashville, TN, and produced by the acclaimed Mary Bragg, Emmer’s latest work is his best yet. All ten tracks were either written or co-written by Emmer, and the songs display his award-winning blend of humor and heartache. Think George Jones meets Dan Reeder.

Connect with Emmer online and (eventually) on the road.