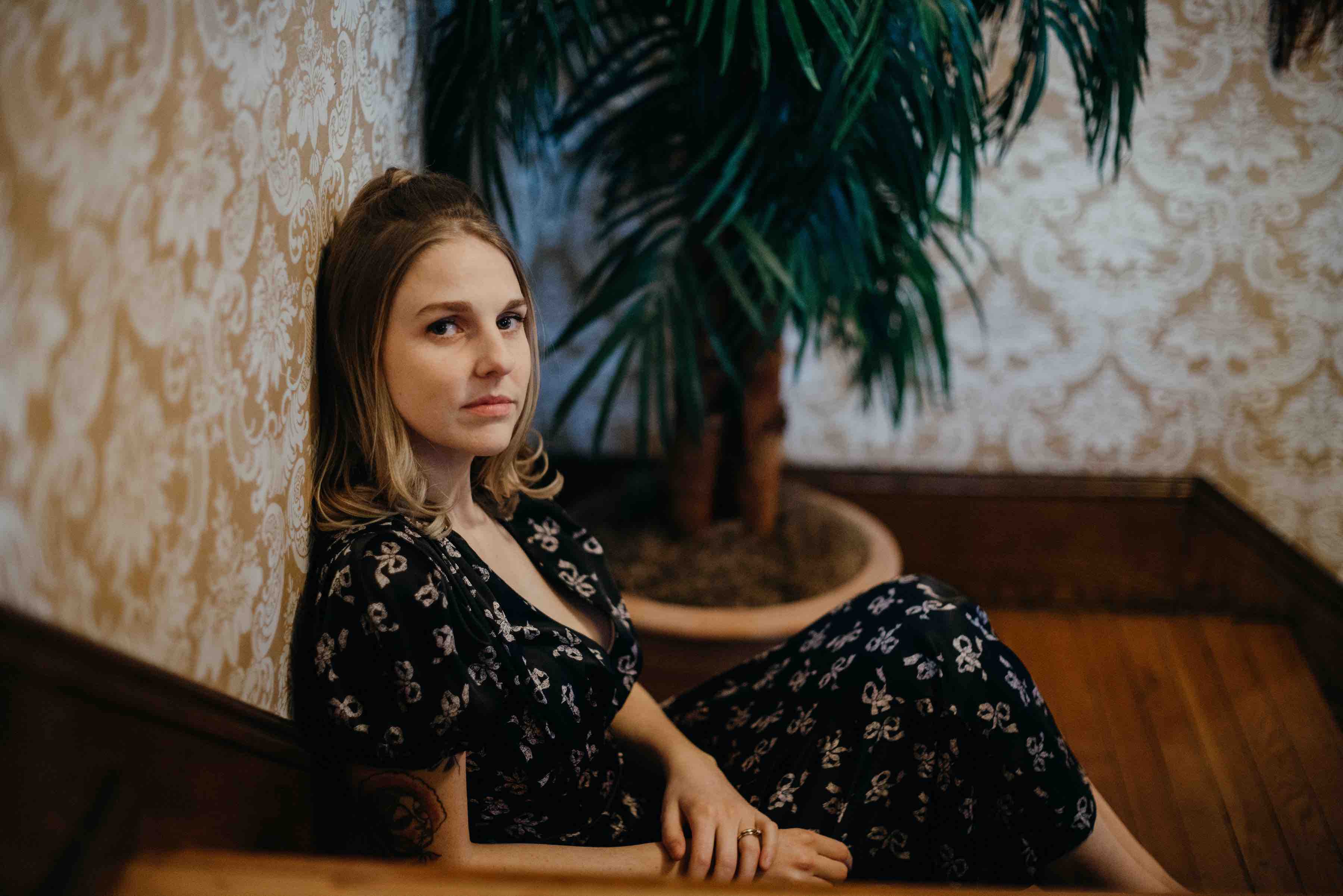 Pack lots of granola bars or make semi healthy treats at home that I can bring on the road to satisfy my sweet tooth.

I weirdly rarely break strings. I don’t play that hard and I use light gauge. My dad likes to give me a hard time because I don’t change them as often as I should.

My rehearsal space is any room in my home – my bedroom mostly. I usually write and practice at night once my daughter is asleep and do most of my writing when I’m the only one home.

The first song I wrote was about a friend of mine named Mary. I wrote it around age 19. The lyrics went something like:

My first gigs were shows of my father’s where he invited me up for a few tunes. I was about 15 or 16 when I first started performing on stage. He would have me come out in the middle of the show and play a few covers I had learned.

My current jobs are mother and musician. Both are full time and there’s no perfect balance between the two, but I try my best! They’re the best jobs I’ve ever had.

I’ve been able to pay my bills through my music over the last 4 years, which is a really good feeling. I would of course love to continue growing in every way in my career over the next 5-10 years, but I don’t set many concrete goals, because I prefer to just see where everything takes me as long as I’m always giving it my best.

People will use you to their benefit if you allow it. It’s important to always focus on what is truly best for you rather than saying yes to everything.

Dori Freeman first broke out in 2016, with a stunning debut produced by Teddy Thompson and a sparkling voice that seemed to come from out of nowhere. Her songs were brittle, cracked, infused with heartbreak and seeming to speak for women everywhere, channeling Appalachian women in a way that hearkened back to Loretta Lynn. NPR spoke of her “bruised sort of romanticism” and Noisey referenced her “heart-wrenching moments.” Freeman had written her first album on the heels of a failed relationship, a suddenly-single mother in a small town. There was a bitter taste in her songwriting that reflected the fiercely independent streak Appalachian women are known for and her own lack of patience for bullshit.

Three years later, she’s now happily married (to drummer Nick Falk), and her new album, Every Single Star, to be released September 27, 2019 on Blue Hens Music (her second album on her own label after 2017’s Letters Never Read), features a very different perspective. She’s writing songs now for her new love, and for her daughter, as beholden as ever to the traditions that first inspired her as a young girl growing up in Galax, Virginia, but full of the same incisive eye for the human condition that’s always been her hallmark.

Connect with Freeman online and on the road.