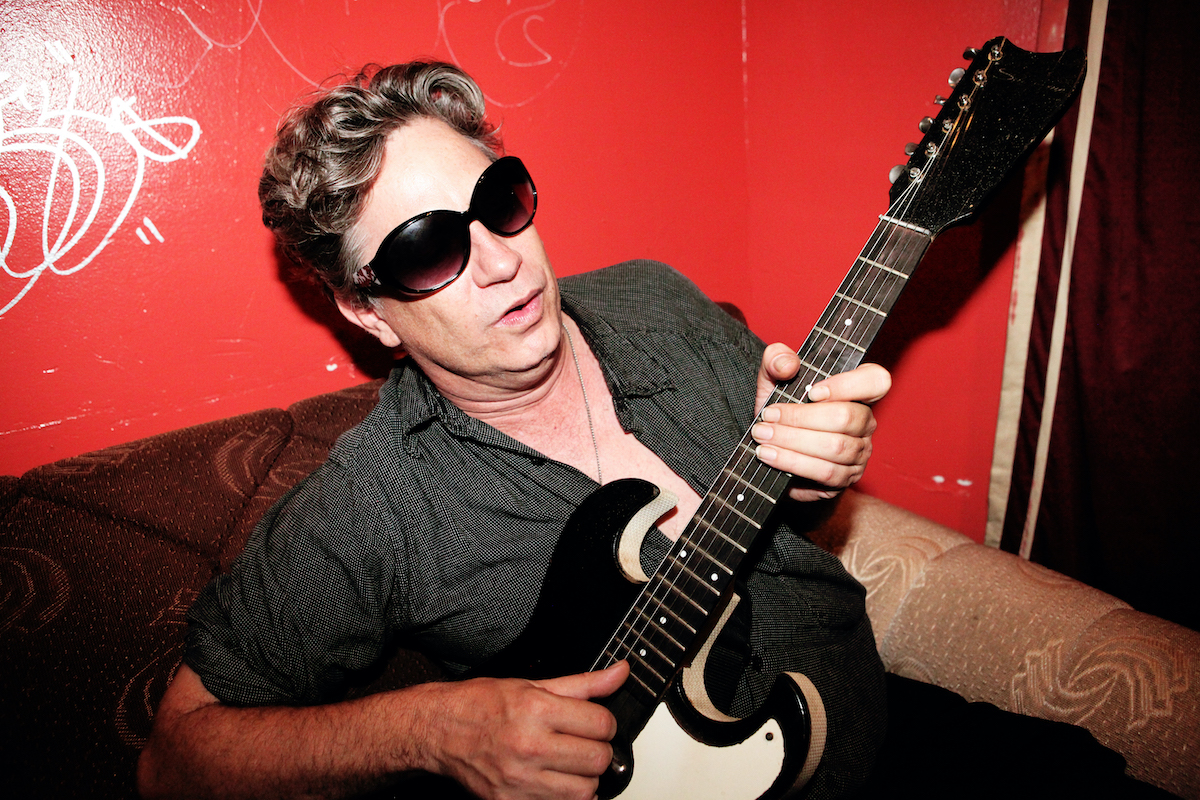 i dont eat healthy on tour.

not many but it seems to happen at the worst time.

Where do you rehearse? Any particularly crazy moments there?

i just rehearse in my bedroom. maybe a band fight or 2; smashing a mike stand through a wall.

“everybody’s talkin’ bout nuclear war, blow each other up, what’s the score? they used to burn witches in the fire but to that i have no desire”.

working on houses with my friends,….with the jokes/hi-jinks it was like working on a pirate ship.

it has’nt changed that much sometimes a lil higher. i’ll be lucky to be alive in 5-10 yrs.

not to pick so many destructive role models.

Dex Romweber is nothing less than a seminal figure of the American music underground. He pioneered the template for the stripped to-the-essentials guitar/drums duo format that influenced the White Stripes and the Black Keys in the world famous Flat Duo Jets and then again with his sister Sara Romweber in the Dex Romweber Duo.

Now Dex is introducing a new live stream series that will take place the third Sunday of every month live from The Cave, the iconic underground hangout in Chapel Hill, NC. Dex will be playing piano, guitar and singing songs from his solo records, the Dex Romweber Duo, the Flat Duo Jets as well as many classic covers. He will even debut a few songs from his new Bloodshot Records release, Good Thing Goin’. Tickets are only $12 for this 60 minute performance and you can make your payment at PayPal.Me/steelemgmt a Zoom link for the concert will then be emailed to you. Tickets are limited to the first 100 ticket buyers.