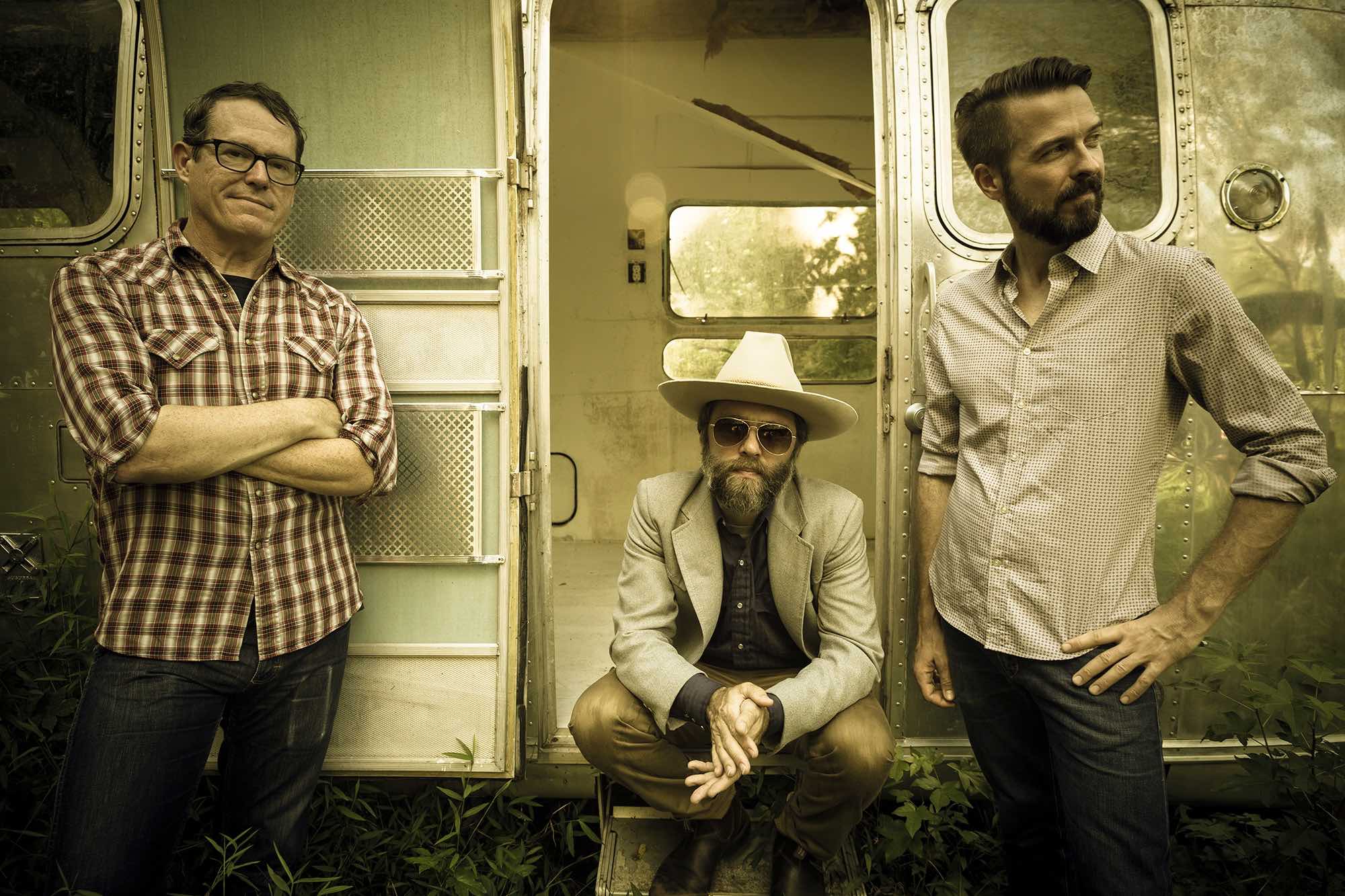 After 20 years in a Honda Odyssey mini-van (we’ve burnt up two) we’ve graduated ourselves to a used Mercedes Sprinter. It has been a great balm for all those miles ahead and behind. Recently it was in the shop for a broken bolt that cost $2100 to replace. Be careful what you wish for.

We have started to stop at grocery stores for food needs on the road. If we’re lucky there will be a Whole Foods and everyone can fan out and assuage whatever culinary desire it is that strikes them at that time. Getting 4-5 people to agree on a type of food is sometime almost impossible. A decent grocery store can take care of that and get you down the road.

Once I played down that youthful exuberance that used to break a couple strings a show, I have begun to make it through without a problem. In the early days it was unintentionally made part of the show and we most likely owe our win of the 2004 Rocky Grass Band Competition on a string replacement mid-song during the finals.

John (mandolin/fiddle) and I will replace full sets about every three shows unless there is an outdoor summertime humidity fest thrown in there. Thanks to the kind folks at D’Addario for supplying us with strings for the past ten years.

Before we added a drummer last year, being all acoustic we could practice wherever we wanted. In the early years we would drive from our home in Raleigh to Chapel Hill and try and make a little money by rehearsing on the street. Now that we need a little amplification we practice in an old abandoned tire factory on the outskirts of town that still has electricity for some reason. We know a guy that used to work there and he’s copied off a key for us. It’s creepy.

I’m afraid I cannot and perhaps will not answer this one.

When I was probably 14 years old my three piece band played a friend’s party. It was above the garage and full of kids who didn’t really get-it until we played our last few songs. All of a sudden it turned into a real sweating-dancing-for-real-party and became my reason for being for the rest of time. We ran out of tunes and played our last song twice. I’ll never forget it.

The last real job I held was selling foreign auto parts at a local independent shop. It was a great job for the time although I would come in late almost every day after my band Stillhouse (with Greg on pedal steel and keys) practiced. Luckily the boss there was a jazz drummer who still gigged and he let me slide.

That Uncle Sam will let you buy whatever guitars or pedals or strings or microphones or whatever musical crap and you can write it off on your taxes. Good to know!

Chatham County Line have been a staple of the North Carolina music scene for two decades. Embracing an all acoustic instrumentation and the modern songwriting of leader Dave Wilson the band has graced stages all across the U.S. as well as mainland Europe, Scandinavia, Ireland and the United Kingdom. With seven studio albums of original material to pull from, CCL has a sound all their own and a stage show to match. Songwriter, guitarist and vocalist Dave Wilson pulls tunes out of an ether that is inspired by a shelf bending collection of vinyl records from the 20’s to the 20’s. One listen to their all covers release Sharing the Covers [Yep Roc Records 2019] will give you an idea of those inspirations, with songs from the likes of Wilco and Beck shared with those of John Lennon, Tom Petty and John Hartford.

With the recent retirement of founding member Chandler Holt (banjo), the band decided to push their sound a little bit more into the modern world and embrace the use of drums onstage. “We’ve had drums on several albums, most notably Wildwood, and our audience always responded well to those tunes” says Dave Wilson. John Teer who rotates from Mandolin to Fiddle all while singing soaring harmony adds “We’ve done an Electric Holiday Tour for the past 12 years that features an expanded group of musicians on the stage so we’re no stranger to a backbeat.”

Chatham County Line released Strange Fascination, their latest album, on 24 April. Connect with the band online and on the road.