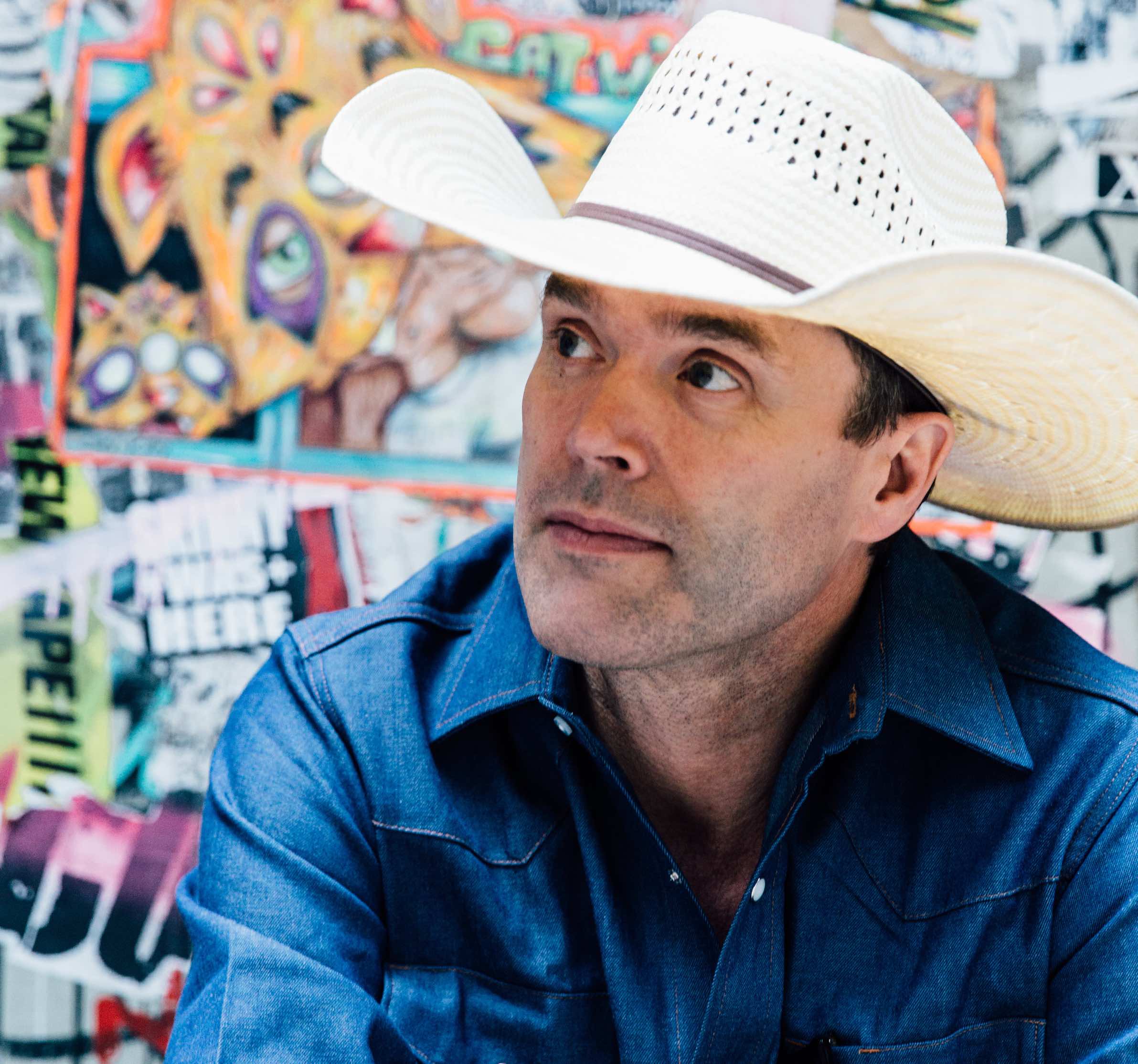 I just got a new Ford Transit van that I love. In the old days we used to drive around in a converted cube van. We had bunks in the back and stuff. Totally illegal. Totally dangerous. Luckily we’ve never had any accidents or close calls, really. I’m pretty fortunate that our drummer, Brady, is a farmer who drives heavy equipment all the time, and insists on doing all the driving. I rest easy when he’s at the wheel, he’s got a steady hand. And as far as repairs, I’ve seen it all. Motors, transmissions, brakes, I’ve replaced all that stuff over the years.

It’s tough. I don’t eat much at regular meal times because I usually don’t have time to spend an hour plus in a restaurant, especially in the evening for dinner. And I can’t eat much before shows anyway because it’s gross singing with a stomach full of food. When I do eat restaurant meals, it often lasts me quite awhile since I usually only eat half and then snack on the rest the next day. I took all the bad stuff off the rider years ago. It’s fruit and almonds and beef jerky now. No fun at all.

I maybe break one string per year roughly. Hardly ever. I replace them regularly though, because they kind of go dead after awhile. I buy long lasting ones that are about $15/set. Sometimes I experiment with different gauges, but by now I pretty much have it lined out.

Well we don’t really have a rehearsal space per se at this point. We all live in different cities and we play a ton live so we don’t really rehearse all that much unless we’re writing a record. In that case it varies, whatever is handy at the time.

I use sound checks as rehearsals to work out new stuff, or polish up old songs we want to dig out of the mothballs, or address any issues in the current song pool. I don’t use a setlist, I just call audibles all night, with a bunch of baseball style hand signals to let the guys know.

In the old days we’d jam in typical disgusting rehearsal studios. And it’s tough when you’re a roots country band because you’re surrounded on all sides in those places by terminally loud death metal.

This is the first western song I ever wrote, years and years ago. It’s about a pair of Crockett spurs that have been in our family over 80 years. It’s Lefty and Righty having a conversation about how they’d like to be back in action instead of gathering dust on a shelf.

We Used To Ride ‘em

The wind still blow the dust across the exhibition grounds
The chutes creaks and moans and echoes saddle broncin’ sounds
The horses all wound up the same as the ones that came before
Mmm, and we don’t ride ‘em anymore

It was in a basement dive bar in Edmonton, Alberta called the Ambassador. Drinking age there is 18. The girl checking people’s ID at the door was 16. We were the 2nd of four punk bands. There were fights. It smelled bad. Had a hell of a good time. We were paid $100 and a case of beer. High cotton.

Wow, I don’t know. I’ve been playing music full time for many years. Maybe it was when I was a parking attendant way, way back at the University of Alberta. They gave me a pretty slow location so I was able to play music in the booth. I wrote most of my Unforgiving Mistress album in that parking booth. I’ve had a ton of jobs, though. Gas jockey, bartender, waiter, pizza delivery guy, drywaller, insulator, carpenter’s assistant, farm labourer, warehouse worker, you name it.

I’m not sure really, I don’t follow it too closely. I guess the obvious thing is that record sales have dried right up. I don’t really care too much because most of my income has always come from live shows, and that’s what I love doing. Good news is, no matter what the technology does, people will still want to be in a room with other people listening to live music. At least I hope so.

When I was young I kind of felt like you had to make it by you were 23 or something or it was too late. But I’m well past that and still expanding my audience. Especially in country and roots music, it’s not a huge factor. Ian Tyson is still playing at 85.

Corb Lund is an alt-country singer-songwriter from Alberta, Canada. He grew up in a ranching and rodeo family in the foothills of Southern Alberta, then spent the early years of his career writing songs and playing bass for the indie rock band called the smalls.

Lund’s music reflects his Western heritage and rock and roll roots. His distinct blend of Americana-meets-roots-meets-alt-country has attracted accolades from critics in Canada and the U.S., who have called him “one of the best contemporary country songwriters” (Popmatters) and one of the “10 New Country Artists You Need to Know” (Rolling Stone Country).

Along with his band, the Hurtin’ Albertans, Lund tours extensively throughout Canada, the U.S., Europe, and Australia. Currently signed to New West Records, Lund is an eight-time Canadian Country Music Awards Roots Artist of the Year, the 2017 BreakOut West Roots Solo Artist of the Year, and has many other awards and accolades, including a JUNO Award, under his belt.

Things Can’t Be Undone, his most recent album, was released in 2015. Connect with Lund online and on the road.