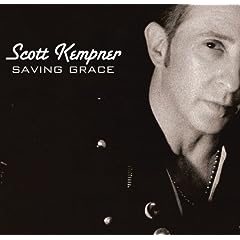 Long-time Dictator and former Del-Lord Kempner steps out for only his second solo album of a nearly 35 year career. The first thing you’ll notice is the musical efficiency throughout the album. Kempner clearly understands that restraint can often unearth a stronger power within the song. Tracks like the brooding “Saving Grace” and “Blame Me” exemplify this ethic. The second thing you’ll notice is the masterful guitar work, not too surprising from a guy who has built a career with the instrument, backing Dion and Willie Nile in addition to his own bands. The thrashing guitar work on “The Secret Everybody Knows” and “Stolen Kisses” make this case resoundingly. Even the mid-tempo opener “Beyond the Pale” features some nice lead and rhythm guitar interplay and a tasty mid-song solo. Listen from start to finish and you’ll hear the heart of a soul-man in the body of a punkish rock and roller. Not a bad combination indeed.

Trouble In Mind, by Hayes Carll 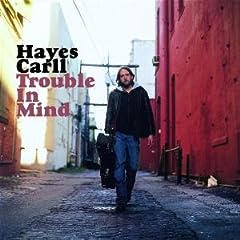 Hayes Carll is clearly inspired by the masters. Listen to “A Lover Like You” hearkens back to early Dylan while “Faulkner Street” has echoes of Dion & the Belmont’s “Runaround Sue.” Elsewhere you’ll find the obvious touch-stones of Gram Parsons and Townes Van Zandt. This isn’t to say that Carll doesn’t have his own musical personality but rather that he is continuing to build upon a rich American music tradition. From start to finish his vocals ride high in the mix as much to showcase his twang-soaked timbre as his vivid storytelling. “I saw you leaning on a memory,” he sings wistfully on the remorseful “Beaumont.” Later he kicks it up a notch on the honky-tonkin’ “A Lover Like You.” Throw in a backwoods version of Tom Waits “I Don’t Wanna Grow Up” and an amped-up take on Canadian songwriter Scott Nolan’s “Bad Liver and a Broken Heart” and you’ve got another solid Carll outing.

THE PLAYLIST:
Love You Again, John Hiatt (from the New West Records release Same Old Man)
Hiatt is at his best when he focuses on simple, heartfelt subjects. This tender ballad, featuring vocals from his daughter Lilly, is everything one would expect from one of America’s most critically-acclaimed songwriters.

I Just Wanna Know Why, Jabe (from the self-released Rocket Surgery)
What happens when one of Boston’s finest roots rockers relocates to Nashville, national headquarters for all things Americana? He releases a super-charged rock album. I don’t get it either, although I’m not questioning the outcome. Consider this bruising three-minute guitar blast on the short-list of top songs of 2008. Bonus points for having the funniest myspace blog this side of the Rockies. To wit: “After 20 years, a French linguist finally unravelled the mystery of what the Road Runner meant by ‘meep meep!’ He was saying ‘Come ‘n get me beotch.’”

Fear, Paddy Casey (from the Sony/Victor Records release Addicted to Company, Part 1)
“I’m scared for my child, lord, for her mother, for what you people wanna do to one another, for the water, for the trees — Man, I’m scared of pollution, of disease… And I pray my child lives happy and long, and I hope she never will sing this song.”

American Blood, Reckless Kelly (from the Yep Roc Records release Bulletproof)
Austin faves have their eye on the prize with this rousing anti-war rocker. Chugging guitars that give way to a more jangly beat as the band tells the tale of money, politics and war.

Three Words, Todd Thibaud (from the Blue Rose Records release Todd Thibaud Live)
I’ve always been a bit confused by the chorus of this song and the line “I’m getting one step closer and three words from being alone.” Generally when you hear talk of “three words” in the context of love, its fairly obvious what the words are. Not in this case. I finally cornered Thibaud at a show a few weeks ago to get the answer. He didn’t have three words in mind, just the idea that we can screw up a good thing with just “three small words.” Mystery solved.

FROM THE ARCHIVE:
Forever, Splitsville (from the 2001 Houston Party Records/Darla release The Complete Pet Soul)
The Baltimore quartet deliver power pop confection perfection! With an immensely catchy melody dripping with harmonies, you’ll be clapping along in no time.