Living in the Aftermath, by Chris Mills 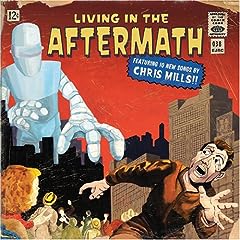 Brooklyn-by-way-of-Chicago musician Chris Mills is a pop classicist. Spend time with Aftermath and you’ll hear a guy well versed in retro-1960’s pop but with a proper contemporary attitude. His latest release takes the production richness of his 2005 orchestra-backed “The Wall to Wall Sessions” and casts it in a more traditional acoustic-based power pop package. The rowdy “Atom Smashers” and “Calling All Comrades” burn with a caffeine-stoked intensity, accompanied by Mills’ impressionistic lyrics. The organ and fiddle-laced “Living in the Aftermath” find Mills reflecting on a failed relationship, “now I’ve realized there’s more to life than just being alive, we’re living in the aftermath I don’t know how but at least we survived.” Album closer “Can’t Believe” is a fitting end to the musical journey, a plaintive love song with just Mills on his acoustic guitar.

Just Us Kids, by James McMurtry 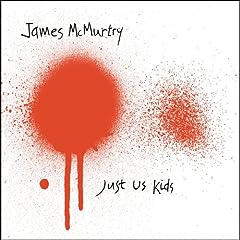 On this, his first studio release in nearly three years, McMurtry showcases both sides of his songwriting prowess. “Cheney’s Toys” pulls no punches in vilifying the current administration and soundly blasting the man McMurtry considers the political mastermind. The shots continue on the blistering “God Bless America (Pat McDonald Must Die)” with the opening salvo, “Look yonder comin’ mercy me, three wise in a SUV… That thing don’t run on French fry grease, that thing don’t run on love and peace.” My favorites, however, are the slice of life tales such as the title track and “Ruby and Carlos.” The former drifts along with a confident swagger as McMurtry traces the thread from youthful aspiration to elderly reflection, concluding “It’s just us kids hanging out today watching our long hair turning grey, not so skinny maybe not so free, not so many as we used to be…” The latter tells the tale of two star-crossed lovers, McMurtry’s descriptions deftly exploring the two character’s emotional and physical wanderings. “Her body still could rock all night, but her heart was closed and locked up tight,” he wryly describes Ruby. It’s a vivid description that is typical of McMurtry’s storytelling prowess.

THE PLAYLIST:
You’ll Get By, Paddy Casey (from the Sony/Victor Records release Addicted to Company, Part 1)
There’s an uplifting quality to Irish singer-songwriter Casey’s music, a maturity in both topic and tone. This song exemplifies the airy quality and gentle optimism that flows throughout this release, “Maybe you’re an angel with enough room in your heart for everyone.”

Carry On, Hifi Handgrenades (from the New Romance for Kids Records release Carry On)
Rising from the ashes of the late, great The Fags, John Speck joins up with several like-minded Detroit rockers to serve up some intense melodic-based power punk. Foo Fighter’s Dave Grohl was so impressed with the band he invited them to his studio to record this debut release and has kept the band opening Foo Fighter’s shows. I’m partial to the unbridled fury and the twin harmonic guitar blasts of this track.

I Do My Father’s Drugs, Joe Pug (from the self-released ep Nation of Heat)
The Chicago acoustic troubadour sounds a lot like the other guy from Greenwich Village back in the 1960’s, not a bad point of reference. “When every revolution is sponsored by the state, there’s no bravery in bayonets in tearing down the gates, if you see me with a rifle don’t ask me what it’s for, I fight my father’s war.”

Ridiculously Beautiful, Bob Walkenhorst
The song title about says it all.

A Guy Like Me, Reckless Kelly (from the Yep Roc Records release Bulletproof)
A pleading love song, this ain’t. An anxious bass-line kicks off this blistering track before singer Willie Braun let’s loose, “Your mama says I’m a heart-breaker, your daddy warned you about guys like me.”

Johanna’s Dream, Todd Thibaud and Joseph Parsons (from the Blue Rose Records release Parsons Thibaud)
Thibaud re-visits this breathtaking early career ballad with assistance from periodic collaborator Joseph Parsons. “I was lost before Johanna saved me from myself; She picked me up with a love much stronger than my doubt; And in her eyes I see clearly the promise of angels and the hope to be redeemed; and in between the garden and this world there lies Johanna’s dreams.”