The release of new albums by two masters of roots music this summer flew pretty much under the radar. Both David Bromberg and Ry Cooder have churned out album after album of Americana spanning folk to R&B since the early 1970s. 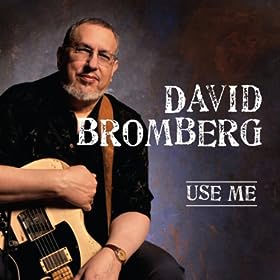 Bromberg’s career has been the oddest, with long periods of withdrawal from public performance to pursue his passion as a violin-maker. Between 1971 and 1980 he released no fewer than ten albums (check out Demon in Disguise and Wanted Dead or Alive for some of his best), but since 1980, he has entered a recording studio only a handful of times. Between 1990 and 2007 he released no records (although his old record company rereleased most of his back catalog and produced a retrospective in 1998). In 2007, he released his ‘comeback’ album, the all-acoustic Try Me One More Time, which featured a bit more slide guitar playing than his 1970s efforts but otherwise was totally in character. With his newest release, Use Me, Bromberg has upped the ante, this time calling on longtime associates Levon Helm, John Hiatt, Keb’ Mo’, Dr. John, Tim O’Brien, Vince Gill, Los Lobos, Linda Ronstadt and Widespread Panic to collaborate. For those who are songwriters, he asked them to write him a song to play on the album. The album includes songs by Bromberg, Hiatt, O’Brien, David Hidalgo (of Los Lobos) and Dr. John. Then he performed each number with its songwriter, and collaborated with the non-songwriters. And Use Me was no acoustic effort. The cover photo of Bromberg clutching a Telecaster was the first indication this album would be different than the last. Its up-tempo tone makes it among the most listenable Bromberg albums ever – equal to his radically eclectic early work (R&B and bluegrass on the same disc!). Bromberg’s singing style makes him an acquired taste, but to the initiated that doesn’t matter. Among the album highlights are “Blue is Fallin'” (with O’Brien), “Diggin’ in the Deep Blue Sea” (with Keb’ Mo’), “The Long Goodbye” (with Los Lobos) and “Lookout Mountain Girl” (with Vince Gill). 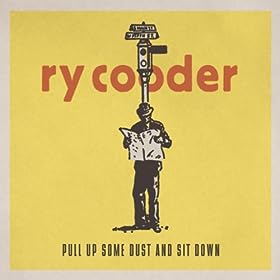 Ry Cooder has mined many of the same veins of roots music but has gained more notoriety with the wine and brie set with his forays into movies and world music (most of which, don’t get me wrong, are excellent). But Cooder’s own work is more down home, and his guitar playing distinct (check out Into the Purple Valley or Paradise and Lunch among his 1970s work). In recent years, he has been focusing on concept albums that spotlight Cooder’s populist political bent. Although Pull Up Some Dust and Sit Down is not a concept album, it does feature some of the populist themes of those recent efforts and takes a tone somewhat similar to 2007’s My Name is Buddy. Featuring all original songs, it opens with Cooder’s musical diatribe about the financial crisis – “No Banker Left Behind.” The album runs the gamut from folk to Spanish-tinged ballad to rock to blues. As always, the playing is excellent. Check out “John Lee Hooker for President” for an uncanny homage to both the singing and guitar playing style of Hooker.