With the passing of one year and the start of another, we at Twangville relish the opportunity to reflect on our favorite music of the past year. Over the next week I’ll be highlighting my favorite albums and songs from 2007, culminating with a preview of some highly anticipated 2008 releases.

We start with the top ten albums of 2007 and my original reviews. Oh, and this one goes to 11. 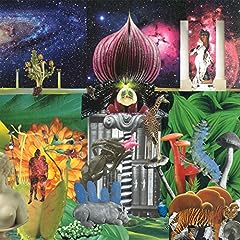 11. New Magnetic Wonder by The Apples in Stereo
After a five year hiatus, the Apples return with their best album yet. Album opener “Can You Feel It” sets the stage with a burst of merriment, with an energetic cowbell-anchored beat to the ELO and Buggles (remember them?) style vocals on the chorus. The album continues mining 30 years of pop history, from the Beatles-esque moments of “The Sun is Out” to the ELO-stylings of “Same Old Drag” with enough spirit and originality to keep the party moving. 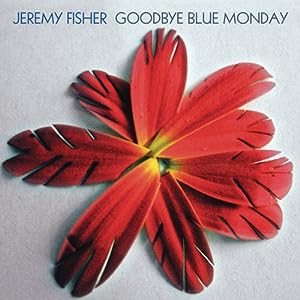 10. Goodbye Blue Monday by Jeremy Fisher
Canada’s Fisher is a fresh voice on the scene with a sound that falls somewhere between folk and acoustic pop. The opening track “Scar That Never Heals” recalls Simon & Garfunkel’s “Me & Julio Down by the Schoolyard” and Simon-esque songwriting percolates throughout the album. Fisher proves his mettle as he moves from free-wheeling summer playground beats (“American Girls”) to cold winter night’s stroll through the streets of Greenwich Village (“Jolene”) with refreshing ease. Stand-out tracks include “Cigarette,” which playfully compares a relationship with cigarette addiction (“I’ll be your cigarette, light me up and get on with it… good or bad I’m just your habit.”) and the political “Lay Down (Ballad of Rigoberto Alpizar)” which explores the fatal shooting of a Costa-Rican born US Citizen by two Federal air marshals in Miami Airport.

9. A Year in the Wilderness by John Doe
John Doe may be one of the most under-appreciated songwriters of the day. Musically and lyrically he excels at capturing romantic relationships and conflict, finding the perfect balance of a mature acoustic lyricism with the raw energy of his punk roots. On “There’s a Hole” he is on the receiving end, angry but still yearning; on “Unforgiven” he is the initiator who says “you know I feel bad but not bad enough.” Among the best tracks on this release feature duets with the likes of Aimee Mann, Jill Sobule and Kathleen Edwards. These distinct voices provide additional depth to tracks like the rollicking “Golden State and the wistful “Just a Little More Time.” 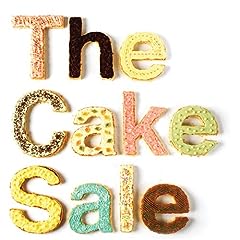 8. The Cake Sale by The Cake Sale
When Brian Crosby and Paul Noonan of Ireland’s Bell X1 were inspired to create a benefit album for Oxfam’s Make Trade Fair campaign, they formed the collective known as The Cake Sale. Friends ranging from Nick Seymour (Crowded House) and Nina Persson (The Cardigans) to Josh Ritter and Damien Rice jumped at the chance to participate, contributing original songs and their talents in the studio. Interesting, most of the songs are sung not by the songwriter but rather by another member of the collective. The blending of these voices — both figuratively and literally — results in a breathtaking song cycle. You’ll be captivated from the haunting and sparse opener “Last Leaf” to the brooding Pink Floyd-esque “Aliens” closer.

7. Engagement by Dennis Brennan
Boston-based Brennan kicks of the year with a combination of studio recordings and live performances that showcase his broad musical range. He shifts seamlessly from rock (“Sugar Falls”) to country (Merle Haggard’s “You Don’t Have Very Far to Go”) to rhythm and blues (“It Ain’t What You Think It Is”). “When You Were Loving Him,” a tasty blend of roots and soul, stands out among the new studio recordings. 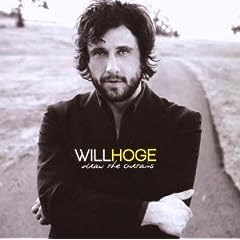 6. Draw the Curtains by Will Hoge
Long time Twangville favorite Hoge is one of rock’s hardest-working artists, maintaining a nearly non-stop touring schedule. Not surprisingly, the time spent on the road has finally seeped into his music. In the spirit and style of Jackson Browne’s “Running on Empty,” Hoge serves up a collection of restrained songs filled with a road weariness that veers between anxiety and forlorn. Among the stand-outs are Hoge’s moving reflection on the Hurricane Katrina disaster, a song that conveys defiance and hope with the chorus, “Down here we’re washed by the water, the water can’t wash us away.” Album closer “The Highway’s Home” sums it up best. With a quiet pedal steel guitar guiding the way, Hoge declares “With a suitcase full of empty dreams. A guitar with broken strings. A busted heart that longs to sing the blues. A mind that always leads me wrong, a head full of Hank Williams songs. I’m sorry, honey, but this highway’s home.” 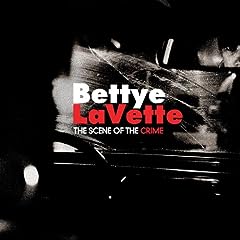 5. The Scene of the Crime by Bettye Lavette
Detroit’s Bettye LaVette wastes no time in making a statement on her latest release. “I’ve been this way too long to change now,” she declares with a voice that leaves no room for negotiation, “you’re going to have to take me like I am.” Over the ensuing nine tracks, LaVette drives her point home with a voice that is compassionate yet uncompromising. Whether taking a lover to task on “You Don’t Know Me at All” or reflecting back on life in the Elton John/Bernie Taupin song “Talking Old Soldiers,” LaVette’s explores the dark edges of each song’s protagonist with raw emotion and depth. LaVette finds the perfect co-conspirators in the Drive-By Truckers and Spooner Oldham, who back LaVette with the perfect blend of simmering blues and greasy Southern rock. Crank this one up to 11. 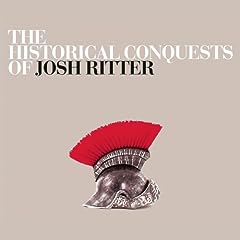 4. The Historical Conquests of Josh Ritter by Josh Ritter
Josh Ritter bounces back from his label’s bankruptcy in fine fashion. Quickly (and smartly) picked up by Victor/Sony, Ritter releases his second masterpiece in as many years. Historical Conquests may not have the lyrical gravity of last year’s breathtaking Animal Years, but is no less brilliant. Songs like “The Temptation of Adam” and “To the Dogs or Whoever” channel the best of a young Paul Simon, the former song lyrically coalescing a romantic relationship and nuclear war against a strummed guitar. The production is a captivating mix of diverse sounds and instrumentation that provides tremendous depth to Ritter’s songs and is best described as having a Moulin Rouge ambiance. “Mind’s Eye” has a percussive richness and while “Real Long Distance” breaks down into glorious cacophony. Glorious, indeed. 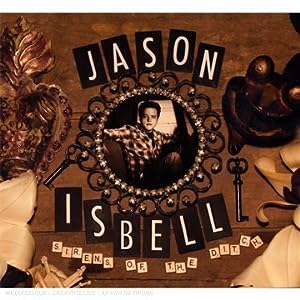 3. Sirens of the Ditch by Jason Isbell
At long last, Isbell unleashes his solo debut and shows the breadth of his talents. Sure, there are rock songs like the opening “Brand New Kind of Actress” and the acidic “Try” that recall his tenure with the Drive-By Truckers. It’s the quieter numbers, however, that really showcase Isbell’s songwriting skills and his Muscle Shoals roots. “Hurricanes and Hand Grenades” swings with a New Orleans blues vibe while a lonely piano opens the pensive “Chicago Promenade.” In the midst of it all is “Dress Blues,” the poignant tale of a friend who died in the Iraq War and a powerful example of the beauty and meaning a song can convey. 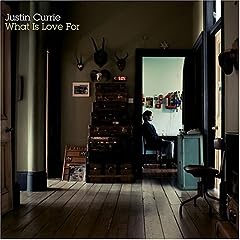 2. What Is Love For by Justin Currie
Justin Currie sets the tone for his long-awaited solo debut with his opening line, “What is love for?” Over twelve intense tracks, Currie explores broken relationships with a studied but captivating eye. Lyrics filled with tinges of regret and resignation abound, often with an emotional honesty that may seem abrasive to some. On “If I Ever Loved You” Currie reflects sharply on a failed relationship (“If I ever loved you how come I feel alright? How come the nights are so easy and the mornings look so bright?”), yet offers a moment of self-reflection and perspective mid-song “Maybe I was not the one but I had to try, and in the end there’s no such thing as wasted time.” The musical arrangements are as sharp as Currie’s lyrics. A touch of harp here, a quiet piano there, all combining to create an engaging tension that gives the record a theatrical quality. Musically grand and lyrically rich, “What Is Love For” is a breathtaking achievement. 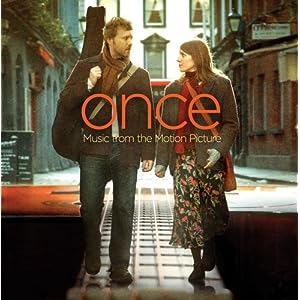 1. Soundtrack from Once/The Swell Season by
Glen Hansard & Marketa Irglova [Note: Many of the songs from the movie “Once” — certainly the best ones — appeared on the earlier Swell Season that I wrote about earlier this year. ]
Although it was originally released in late 2006, this album has finally taken hold of me with its quiet beauty. Glen Hansard, singer-songwriter from Ireland’s The Frames, and Marketa Irglova, a classically trained Czech musician, collaborated to create a song cycle that chronicles the many facets of romantic relationships. From the tentative grace of “Falling Slowly” to the anguish of “Leave,” Hansard and Irglova convey a range of emotion with stunning results. (Hansard and Irglova star in the forthcoming film Once, which also features several tracks from The Swell Season.)