Even though we’ve just barely wrapped 2010, the 2011 release calendar is about to burst from the gate. Here are a few releases we’re eagerly awaiting at the Twangville General Store.

And don’t forget our special give-away — tell us your most highly anticipated 2011 release and be eligible for signed cds from Chris Knight and Bleu. Details and enter here. 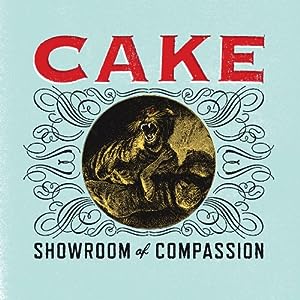 CAKE, Showroom Of Compassion
(Release date 11 January 2011)
There’s little better than seeing a band remain true to themselves and their sound while playing the music business game for more than ten years. Such is the tale of Cake. Their sixth studio album is filled with their distinctive lyrics and trumpet-infused musical riffs. A great start to the musical year. (Upbeat Records) 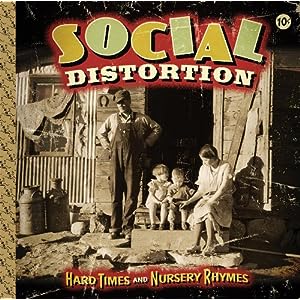 SOCIAL DISTORTION, Hard Times and Nursery Rhymes
(Release date 18 January 2011)
Social D is my go-to band whenever I’m in need of a major adrenaline fix. Mike Ness and crew pull no punches and have yet to let me down. Their latest is chock full of snarling guitars surpassed only by Ness’s growl. Now really, would you expect anything else? (Epitaph Records) 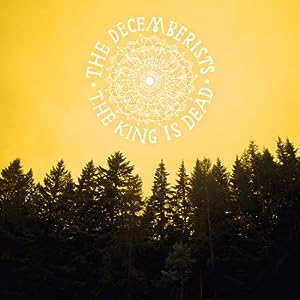 THE DECEMBERISTS, The King Is Dead
(Release date 18 January 2011)
Singer-songwriter Colin Meloy has said that the Decemberists were aiming for simplicity on their latest release. Well, The Portland, Oregon-based quintet succeeded brilliantly, delivering an album that although less ambitious, is no less enjoyable. It’s almost an afterthought to mention that Gillian Welch and Peter Buck gracefully lend their support across a number of this album’s tracks. Welch kills on the stand-out lead single “Down By The Water” and Buck on “Calamity Song” which, surprise surprise, sounds like it would fit beautifully on R.E.M.’s Life’s Rich Pageant. In the end, though, it is the Decemberists that shine brightest on The King Is Dead. (Capitol Records)

TODD SNIDER, Live: The Storyteller
(Release date 8 February 2011)
A Todd Snider show is quite the experience, often times as much for the banter as for the music. So what better than a two-disc live set to capture the magic? Says Snider, “While I may share my opinions with you, I don’t share them with you because I think they’re smart, or because I think you need to know them, I share them with you because they rhyme.” All the better, it contains “Lookin’ For a Job,” a personal favorite if only for one line: “Watch what you say to someone with nothing, it’s almost like havin’ it all.” Brilliant. (Aimless Records)

(A Todd Snider two-fer: The first video is Todd explaining his live show experience and the second video is a performance of “Looking For a Job.”)