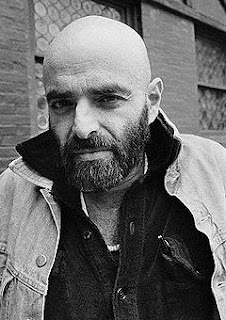 Now that the above sermon is over it is time to be a hypocrite. Conceptually, Twistable Turnable Man is nothing original. However, it was done by Bobby Bare Jr. who knew and loved Silverstein well. More so, the friendship between his father and Silverstein goes back to the early 60’s. It is this generational perspective of Silverstein’s songwriting that makes this album work. Both old and new artists contribute to the album. Further, if anyone is deserving of homage it is Shel Silverstein. He was a songwriter, cartoonist and poet for Playboyand paradoxically a noted writer of Children’s books.

Who better than icons like Ray Price, Kris Kristofferson and John Prine could be included on this album. In fact, Price has recorded Silverstein’s songs a couple of times in his career. No one collaborated with him like Bobby Bare, and his version of the “The Living Legend” may be the best song of the entire project.

Now we move from the legendary to the more current younger artists. Bobby Bare Jr. made some good choices for this group. after all a Country record is not a Country record without My Morning Jacket (WTF)! Actually, they have a heavy roots music influence and their opener “Lullabies, Legends and Lies” competes with Bobby Bare for the best song on the album. However, songs by Andrew Bird, Dr. Dog, Sarah Jarosz and Black Francis provide interpretations that make the songs take on a new life. In between the new and the old are contributions by Lucinda Williams and Nanci Griffith. The campy song “Boy Named Sue” originally recorded by Johnny Cash, could only have been recorded by one contemporary artist. Bare Jr. knew this and chose Todd Snider. Snider does a version of the song that would make the Man in Black himself proud.

For more on Silverstein see the source of all knowledge: Wikipedia