Alejandro Escovedo is living proof that some things just get better with age. Street Songs of Love rocks with abandon and rolls with purpose. “Anchor” is a fitting opener, electric guitars kicks off a rocker that, although mid-tempo, still packs a forceful punch. “If love were a ship I’d pull your anchor and hang onto it,” declares Escovedo as the guitars wail. From there things get a bit messy as Escovedo scuffs things up with the musical fervor of “Silver Cloud“ and the lyrical intensity of “This Bed Is Getting Crowded.” Things slow down with the touching “Down In the Bowery,” Escovedo’s tribute to his musician son. “I’d buy you a smile in a minute, but would you wear it?” he sings, “If you had one moment to spare would you come down and share it?” It is a bittersweet reflection on a parent’s need to give a child the space to find his or her own way.” Songs like “Undesired” and “Shelling Rain” showcase Escovedo’s impeccable classic rock sensibility, a potent mix of crunchy guitars (led by long-time guitarist David Pulkingham) and rousing background vocals (featuring Twangville fave Nakia). Escovedo even invites some impressive guests to join the party, with Bruce Springsteen trading vocals on the fiery “Faith” and Ian Hunter harmonizing on “Down in the Bowery.” In the end, however, this is the Alejandro Escovedo show, and a remarkable one at that. (See Chip’s take on the latest Escovedo release here.) 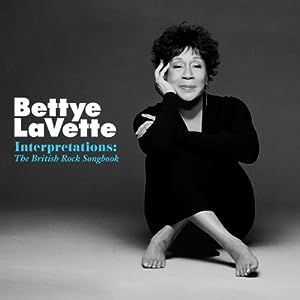 The first thing that you’ll notice is the voice. It’s a powerhouse, gritty yet soulful, dripping with the raw emotion of a hundred lifetimes. The next thing that you will notice are the songs. They are vaguely familiar yet captivatingly new. Bettye LaVette’s Interpretations: The British Rock Songbook is a tour de force. The premise is simple, turn LaVette loose on a slew of classic rock standards. The masterful singer tackles everyone from Lennon & McCartney (“The Word”) to Elton John & Bernie Taupin (“Don’t Let The Sun Go Down on Me”) and David Gilmour & Roger Waters (“Wish You Were Here”) to Mick Jagger and Keith Richards (“Salt of the Earth”), layering on a raw and expressive emotion that re-defines each song. I don’t think that I will ever hear Led Zeppelin’s “All My Love” the same way again, heck, I’m not sure that I want to hear the original anymore. The collection also includes LaVette’s stunning live Kennedy Center Honors performance of the Who’s “Love Reign O’er Me” that left Townsend and Daltrey awe-struck. Consider this a warning to singer-songwriter’s everywhere: when Bettye LaVette tackles your song you will hear it performed in ways that you’ve never imagined… and you might never want to perform them yourselves again.

Beautifully Broken, Jon Dee Graham (from the Freedom Records release It’s Not As Bad As It Looks)
What does Jon Dee Graham have in common with Lynyrd Skynyrd? Both have taken Neil Young to task for his songwriting. “Neil Young and ‘The Damage Done,’ he got it wrong. See there’s never been a junkie like the setting sun, so reliable and strong. Yes, they both fade with color into black but the difference is one of them is gone for good, the other one comes back.”

Dignified Dignitary, Apples in Stereo (from the Yep Roc release Travellers in Space and Time)
It’s hard not to hear an Apples in Stereo song and not break into a smile. Singer-songwriter Robert Schneider knows his way around a pop song, mining the classics for inspiration: Some of guitar from the Who, arrangements by ELO and sunshiny harmonies from Cheap Trick. Throw in a little extra cow bell and you’ve got a hit in the making.

When the Drugs Kick In and Me & The Lord Blues, The Del-Lords (from the self-released Under Construction)
The Del-Lords were a bit before my rock and roll years but it doesn’t mean that I appreciate them any less. Especially when I’ve gotten to see the band’s two impressive guitarists go on to solid, if under-recognized, individual success. Eric Ambel went on to produce or perform with artists ranging from Steve Earle to the Bottle Rockets to Joan Jett. Scott Kempner released a couple of fine solo albums and played with Willie Nile and Dion. It says a lot about the Del-Lord’s reputation. These tracks, the first from Kempner and the second from Ambel, come from a collection of recent recordings. Keep it coming, boys, it sounds great.

My Lucky Day, Jon Dee Graham (from the Freedom Records release It’s Not As Bad As It Looks)
I’ve always appreciated Jon Dee Graham’s satirical wit, gravelly voice and razor-sharp guitar. Both can shred anything in their path. When joined with the forces of good, however, they rock with a distinct flair. Your secret is out Jon Dee. One of rock’s biggest cynics can sometimes be… an optimist.

We almost lost Jon Dee in a car accident last year (the album title is apparently what he said to the emergency first responders). It’s good to have you back.

Far From Me, Justin Townes Earle (from the Oh Boy Records release Broken Hearts & Dirty Windows: Songs of John Prine)
It is the details that matter in a John Prine song. Little escapes his descriptive eye as he sets the scene for his musical vignettes. Justin Townes Earle gives a melancholy acoustic feel to this tale that captures the resignation of a relationship that has reached the end of the road. “’Will you still see me tomorrow?’ ‘No, I got too much to do.’ Well, a question ain’t really a question, if you know the answer too.”

She Is My Everything, John Prine (From the Oh Boy Records release In Person & On Stage)
It’d be hard to listen to the John Prine tribute album and not be inspired to hear the man himself. Fortunately Prine has just released an outstanding live album, including this mighty fine song written for his wife. (See Shawn’s take on Prine’s release here.)

The Last Day On Earth, Kate Miller-Heidke (from the Sin Records release Curiouser)
Australian singer-songwriter Miller-Heidke has built a strong following in her native country and is now setting out to conquer the United States. Whether singing heart-felt ballads or quirky pop songs, Miller-Heidke vocals are warm and enchanting. This stand-out from her US debut finds the singer pining for the return of a long-lost lover, “It’s the end of the world, and you’ve come back to me in my dreams.”

Cold, Nakia
After two releases with his band, the R&B-infused Southern Cousins, Nakia sits down behind the piano for a emotion-packed solo performance. Recorded live at SXSW this past March, it is the perfect showcase for the Austin musician’s soulful side.

Heart of Steel, Galactic featuring Irma Thomas (from the Anti- Records release Ya-Ka-May)
It’s hard to go wrong when you take one of New Orleans funkiest contemporary bands and match them with some of the city’s most legendary performers. In this case it is legendary soul singer Irma Thomas joining the boys for one super-sized helping of funky R&B.