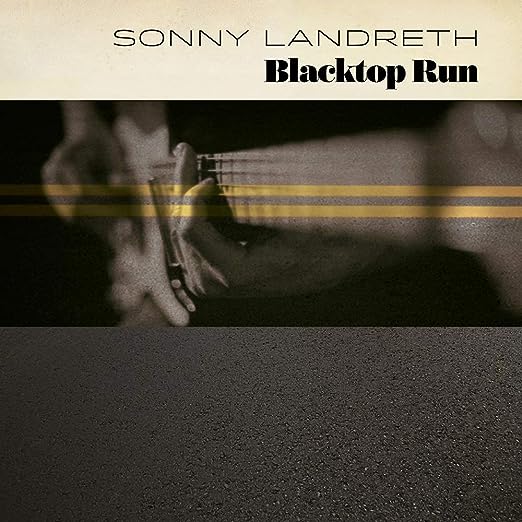 Originally from Lafayette, Louisiana, Landreth got his first gig in the 1970s as a sideman to zydeco king Clifton Chenier. It was that job that prepared him for a lifetime of genre-bending blues and roots music that has continued to this day. A sought-after studio musician, Landreth has collaborated with the likes of John Hiatt and Allen Toussaint. As a guest artist, Landreth was a centerpiece of John Mayall’s 1990 album, A Sense of Place, which featured Landreth’s “Congo Square,” which has been been recorded by many artists.

Landreth recorded a couple of solo albums in the 1980s, but critics started taking note with the release of Outward Bound in 1992 and South of I-10 in 1995. Many excellent, swampy offerings have followed, including Bound By the Blues in 2015.

For Blacktop Run, Landreth teamed with bassist David Ranson, drummer Brian Brignac and keyboardist Steve Conn to create a wide-ranging, eclectic collection of songs that range from the awesome, bluesy title track; to the zydeco-styled “Mule;” to the rocking “Groovy Goddess;” to the hypnotic “Many Worlds,” with its Eastern influence. It’s a great collection of songs that really show Landreth’s musical gift – and it’s a pleasure to listen to.