If you’re looking for some throwback R&B to melt away the troubles of a long day, Tad Robinson’s Real Street should fit the bill. 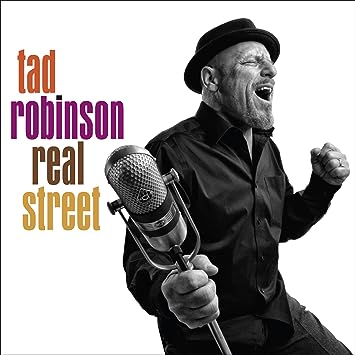 Recorded with a crack team of Memphis veterans of southern soul, Real Street captures the feel of R&B as it was in its heyday of the sixties and seventies.

Robinson has long been recognized on the Chicago and Indy blues scenes for his passionate soul vocals. After years of shining as vocalist for Dave Specter & the Bluebirds, Robinson’s breakout album in 1994, One to Infinity, served notice that the singer/harmonica player was a serious artist. His later albums, including 2015’s Day Into Night, continued to aggressively mine that soul-blues vein.

But Real Street is a cut above his other recent work, especially with contributions from the High Rhythm Section of Charles Hodges on Hammond organ, Leroy Hodges on bass, and Howard Grimes on drums, as well as Joe Restivo on guitar, Kevin Anker on Wurlitzer electronic piano, Mark Franklin on trumpet, Kirk Smothers on sax, and Devin B. Thompson on vocals.  Check out the raw emotion of “Search Your Heart” below.