The previous two Son Volt albums explored leader Jay Farrar’s musical groundings in country and blues with Honky Tonk and Notes Of Blue respectively.  On his latest record, Farrar and his bandmates are showing some of their folk roots.  That’s not to say Union is a folk record: far from it, this is a return to what I think of as the Son Volt sound.  But lyrically, and in some of the instrumental choices, you can hear the influence of American folk traditions.

The Symbol is a clear homage to Woody Guthrie’s Plane Wreck At Los Gatos, but updated with a perspective from a migrant who helped rebuild New Orleans after Katrina, and is worried about his future in today’s political climate.  Reality Winner explores the tale of a whistleblower controversially jailed for her actions.  The title track is an acoustic ballad inspired by a viewpoint from Farrar’s father that some sort of “national service will keep the Union together.”  Truth To Power Blues is a country blues instrumental that effortlessly transports you back to the Depression era in the Mississippi River delta.

On several other songs the folk influence is more subtle.  Devil May Care is a fun number celebrating the life of a musician, and chock full of nerdy references like “class A discrete awakening” and “cigarette on a headstock.”  While Rome Burns opens the CD with an admonishment about leaving well enough alone when action is called for.  The 99 is heavier and driving, with a Neil Young-style piercing electric guitar to emphasis the plight of the 99% in modern society. 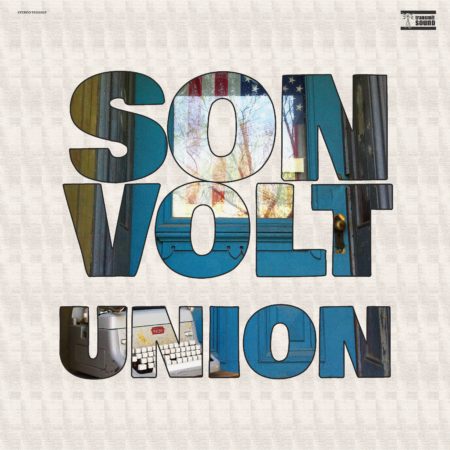 As one of the clear founders of the alt country genre, Farrar hoists a lot of expectations every time he puts out a record.  While I enjoyed the previous country and blues excursions, they were outside many Son Volt fan’s comfort zone.  Union pulls their music back to the path they hewed in the 90’s and early 00’s.  Using political ideas that he’s clearly passionate about, Farrar has created some anthems on this record that will become staples in Son Volt playlists.