Once in awhile there’s a collaboration that turns the music word on its head. Stan Getz and Joao Gilberto was such a pairing when, in 1963, they popularized bossa nova jazz in the United States. Jan and Dean did much the same for surf music, and Brownie McGhee and Sonny Terry paired up for a legendary blues career. More recently, Taj Mahal and Keb’ Mo’ joined forces to cook up some tasty contemporary blues.

Great as they are, with Amour, Colin Linden and Luther Dickinson haven’t quite risen to the level of those masters – yet. But they are so loaded with talent that any continued collaboration between the two would surely achieve great things. Both rooted in blues, for their first collaboration in Linden’s adoptive hometown of Nashville, Linden and Dickinson decided instead to scratch their mutual itch for old timey country ala Hank Williams and Patsy Cline and to take that old timey music to new places. 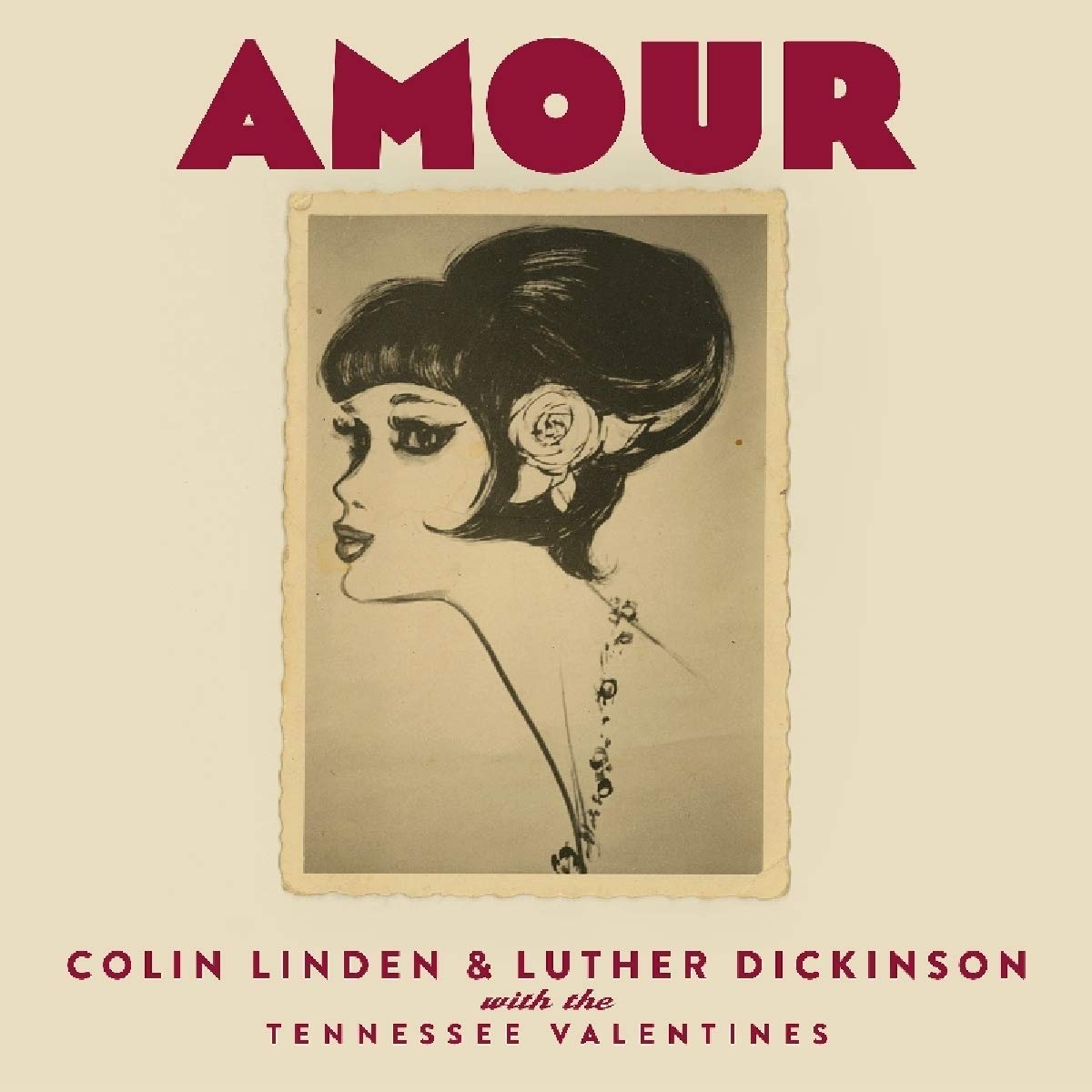 Canadian roots rocker Colin Linden is one of those musicians’ musicians who has seemingly played with everyone during his long career, including Bob Dylan, Emmylou Harris, Lucinda Williams, Bruce Cockburn and several members of The Band. Inspired by a personal visit with Howlin’ Wolf when he was 11, the precocious youngster soon began playing local Toronto coffeehouses. Canadian rocker David Wilcox of Great Speckled Bird took young Linden under his wing and encouraged his passion for various blues forms. Linden started playing professionally with Wilcox’s band the Teddy Bears when he was 16, formed his own band when he was still in his teens and recorded his first album, Colin Linden Live! in 1980 when he was just 20. Since then he has released about a dozen solo albums and worked as a sideman, studio musician and producer for many leading roots musicians. He is also a member, along with Stephen Fearing and Tom Wilson, of the roots music trio Blackie and the Rodeo Kings and since 2012 he has been music director and song writer for the television show “Nashville.” His 2015 country release, Rich in Love, was a fantastic album.

And we’ve talked about Dickinson’s versatility before. Co-founder of North Mississippi Allstars with brother Cody, Luther laid down his first guitar licks at age 14 on the the Replacements’ Pleased to Meet Me (produced by father Jim) in 1987. Along with starting NMA, in the late 1990s, Dickinson played Alan Lomax by producing two albums for 90-something Otha Turner, one of the last fife and drum blues masters of northern Mississippi. Since then, his musical exploration has led him to years with the Black Crowes, and, along with brother Cody, to join forces with John Medeski and Robert Randolph to record as The Word in 2001, and to work and tour with John Hiatt. In 2009 Luther got together with a few friends to record Onward and Upward in honor of his recently deceased father under the name of Luther Dickinson and the Sons of Mudboy, and in 2010, along with bluesman Alvin Youngblood Hart and Squirrel Nut Zipper Jimbo Mathus, he formed the South Memphis String Band to pursue a more organic jug-band blues sound. As if that wasn’t enough, in 2012 he recorded an inspired album of solo acoustic guitar, Hambone’s Meditations. That year, he also worked on a collaboration with fellow guitar slingers David Hidalgo of Los Lobos and Mato Nanji of Indigenous, 3 Skulls and the Truth. Then he released his second solo album, Rock ‘N Roll Blues. He also toured with JJ Grey, Marc Broussard and Anders Osborne – the Southern Soul Assembly – in which all played one another’s songs and swapped stories and in 2016 released an eclectic roots album with a cast of collaborators called Blues and Ballads – A Folksinger’s Songbook: Volumes I & II, for which he received one of his six Grammy nominations.

With their combined pedigree, it is natural to expect exceptional work, and the two deliver on Amour with key contributions from vocalists Rachael Davis, Ruby Amanfu, Sam Palladio and Billy Swan. The album, which features some new takes on traditional tunes and some old standards, is a Valentine’s Day treat for guys and gals looking for a helping of some good ol’ country lovin’ served up by some great blues hands.  Highlights include the funky, bluesy “Don’t Let Go,” which you can hear below, the Ewart Abner and Jimmy Reed tune “Honest I Do,” their cover of Kris Kristofferson’s “For the Good Times,” and their eerie cover of Stan Kessler and Charlie Feathers’ “I Forgot to Remember to Forget.”