Few cities have as rich a musical heritage as New Orleans, Louisiana. Even fewer have a modest building the mere mention of which conjures up vivid images, both visual and aural. Such is the legacy of Preservation Hall. 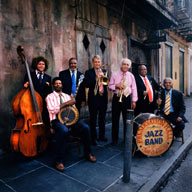 The building itself is strikingly humble. No running water. No air conditioning. Six spare benches and a few cushions for visitors. One can’t imagine that much has been changed since the building was originally built as a Spanish tavern in the 1750s.

But the music. The music is sublime. With a bit of Dixieland, a touch of blues, a dash of folk and a whole lotta old time jazz, the Preservation Hall Jazz Band make a magical sound.

To celebrate this institution, over twenty artists journeyed to New Orleans to record with the group in the hallowed Hall. Give credit to the album’s producers, who did more than just invite a random selection of popular artists. Rather, they paired the group with a diverse array of musicians who, in their own right, represent a rich picture of American music styles. 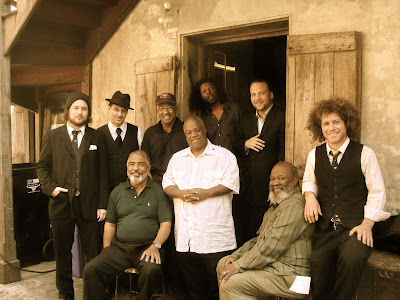 Buddy Miller finds the country swing in “I Ain’t Got Nobody” while Pete Seeger brings out the folk edge of “Blue.” Amy LaVere and Paolo Nutini seem to have stepped back into their 1920’s with their stylized vocals. Jim James takes it a step further, singing through an old school bull horn on “Louisiana Fairytale.”

The collaboration between the band and the Blind Boys of Alabama is a spiritual summit of epic proportion. Not to be outdone, Richie Havens’ melancholy turn on “Trouble In Mind” is mesmerizing. Tom Waits gets the band groovin’ with his “Tootie Ma Is A Big Fine Thing.’ The highlights are endless.

If nothing else, you should be buying this album to support Preservation Hall and its efforts to continue a rich music tradition. The fact that you’ll be getting such rich music from a storied musical institution is a bonus. Well, a really big bonus. 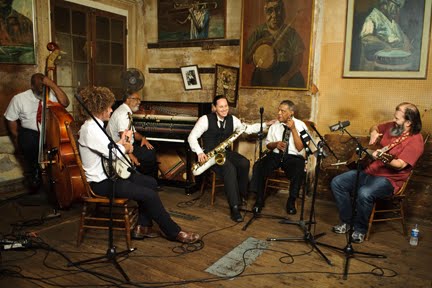