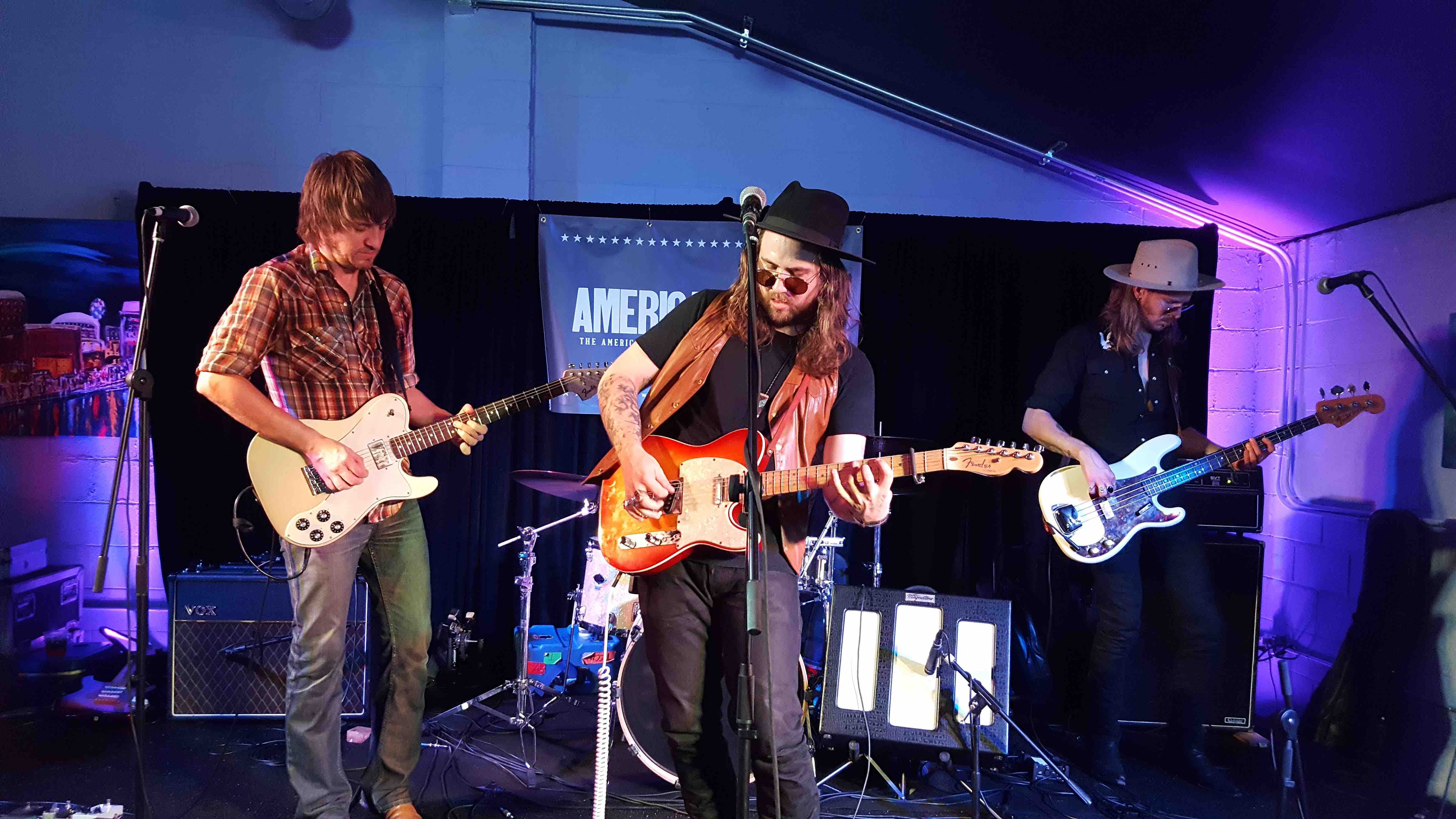 Sam Morrow has been on the road for the better part of the year and his band are wearing their road scars well. They kicked off my Friday with a feisty set of outlaw country. Morrow and fellow guitarist Brian Whelan let their guitars do some serious talking. 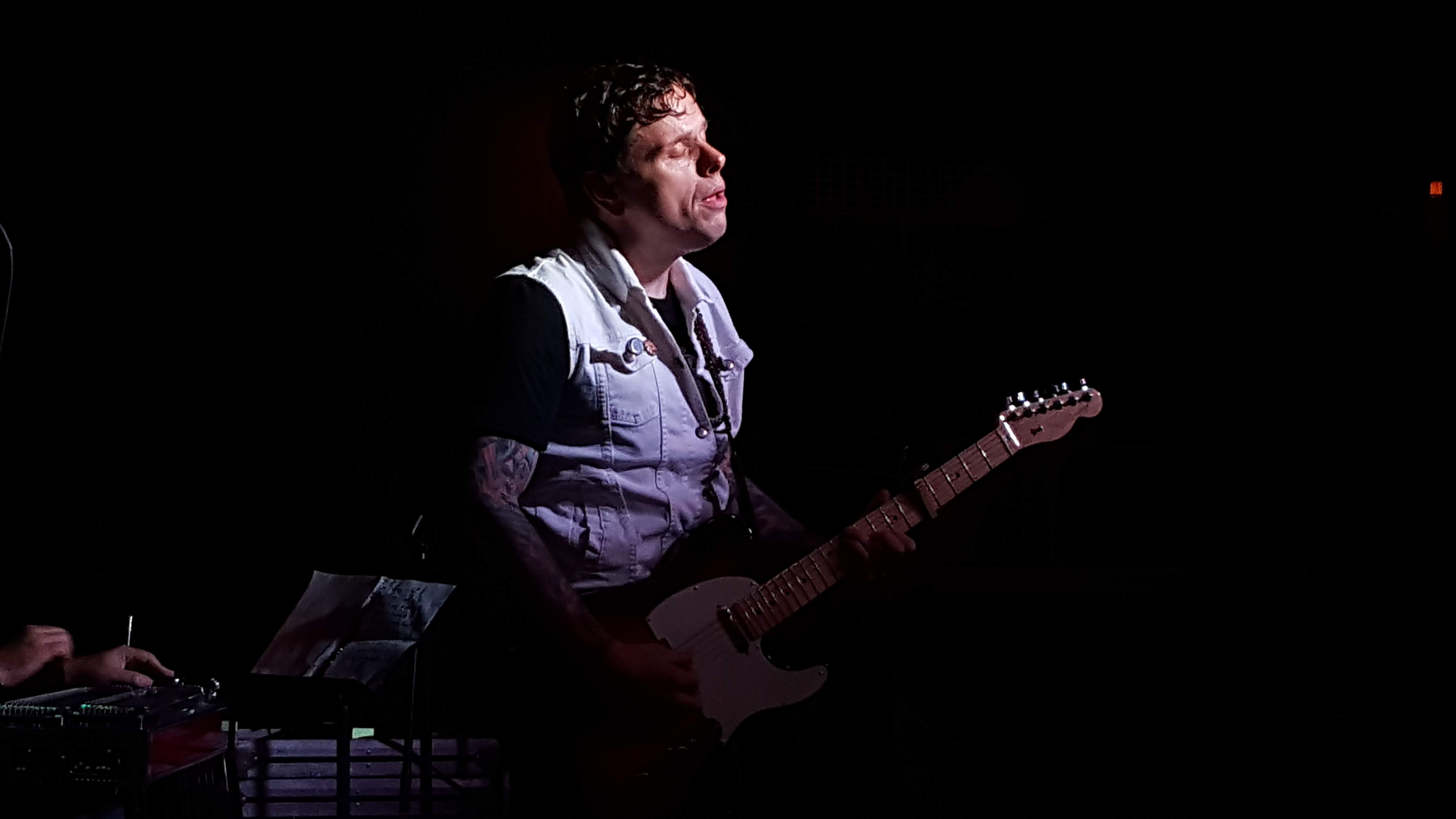 After years of solo touring, Lucas brought his band to Nashville to showcase songs from Immortal Americans, his outstanding new album. Seeing Lucas solo can be a revelation, but it was something special to hear full band arrangements of his music. The group, including both a keyboardist and pedal steel player, gave the songs tremendous depth. It’s hard to go wrong when you close out a festival day with an electrifying version of the Lucas classic “Alone In Memphis.” 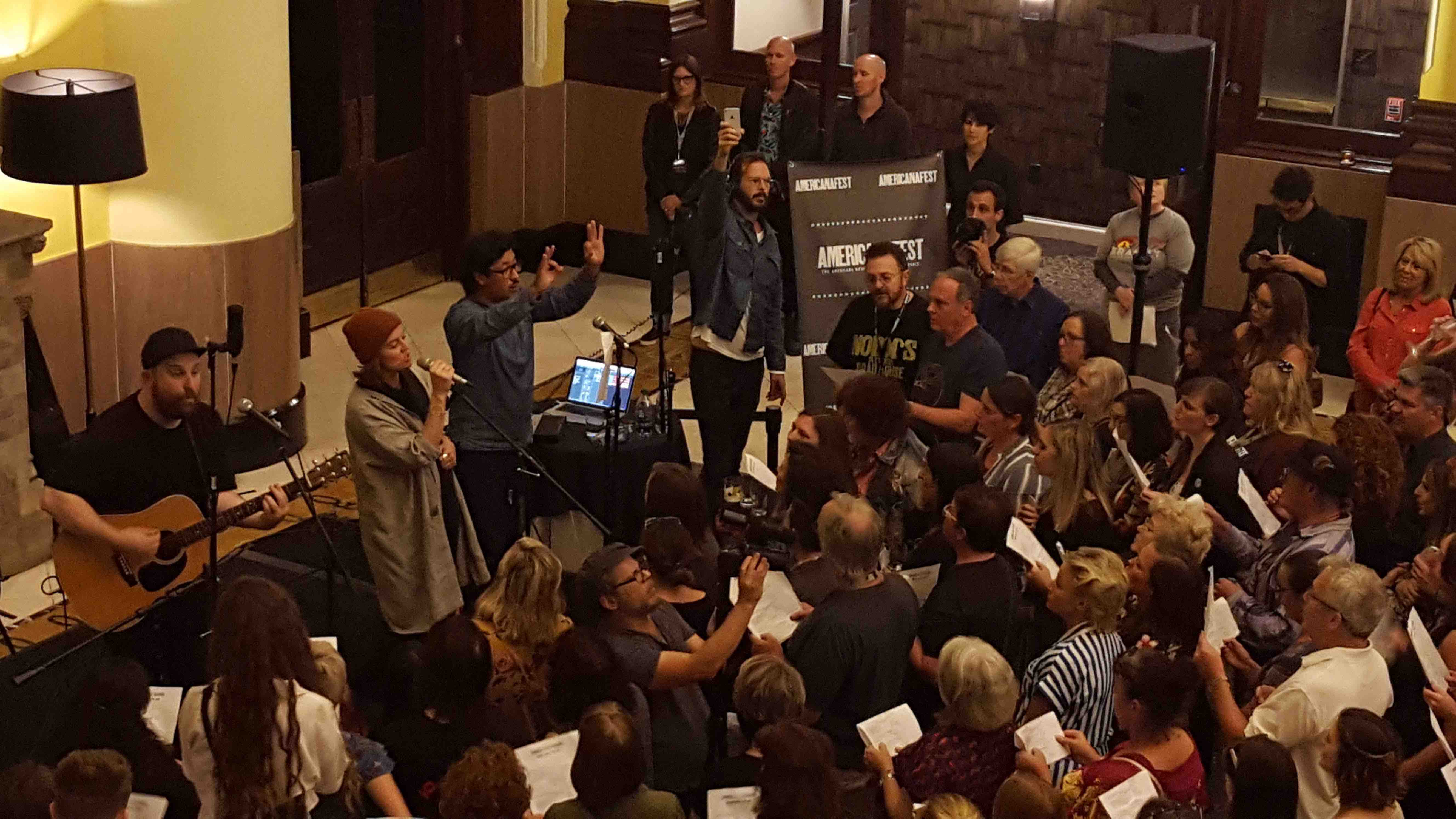 Choir Choir Choir, out of Toronto, have a special thing going. They teach an audience a choral version of a popular song and then invite the artist to join in for a rousing sing-along. This isn’t a casual exercise – the Choir Choir Choir team spent nearly 90 minutes teaching a crowd in a regal hotel lobby the intricate arrangements. The resulting performance of Brandi Carlile’s “The Joke, featuring Carlile on lead vocals, was rapturous. 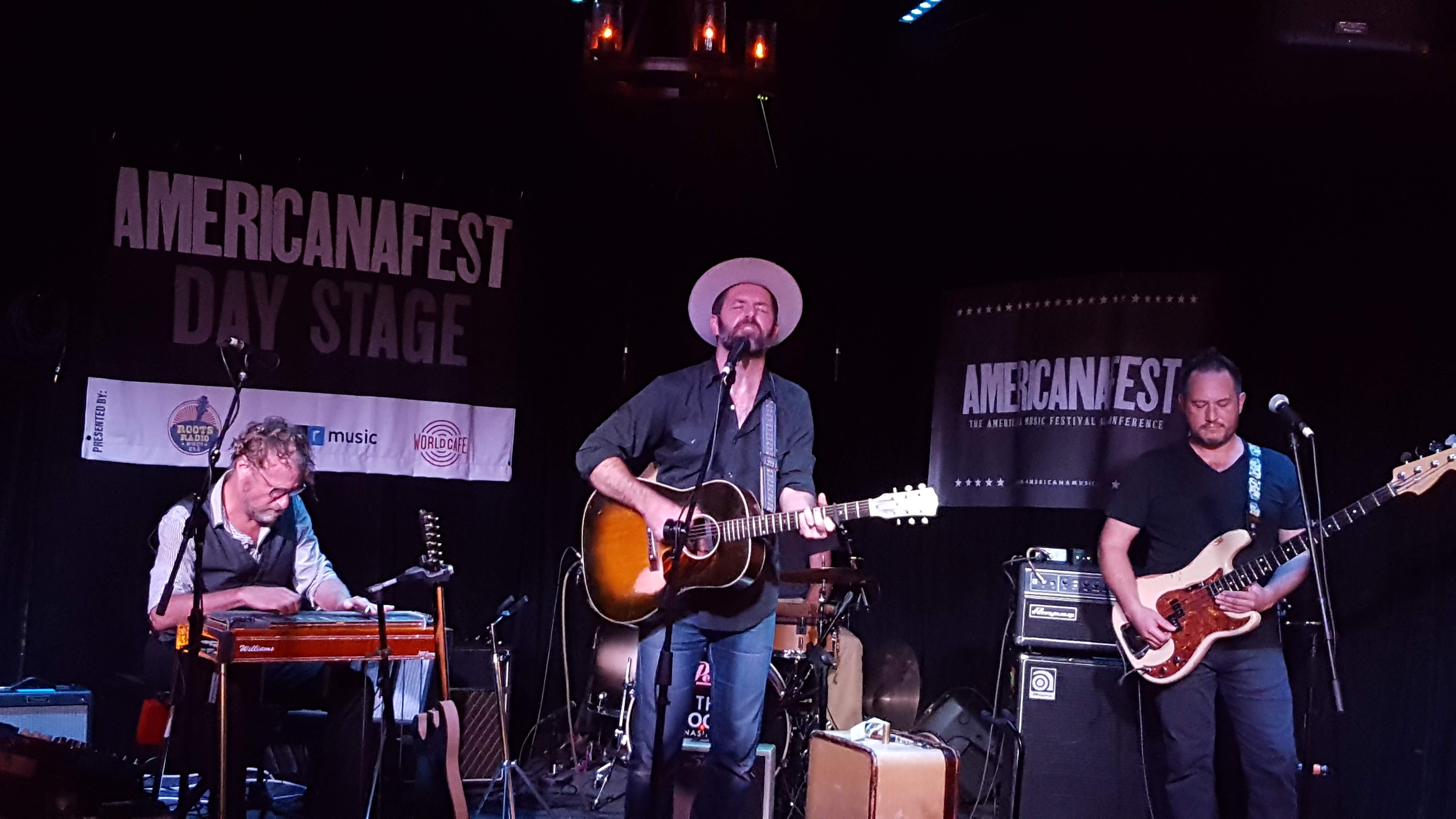 Foucault and his band travelled to Nashville almost directly from a European tour. Any jet lag hardly showed, however, as they dug deep into the songs that make up Foucault’s recently released Blood Brothers. The performance was sublime and the perfect finish to my Thursday evening. 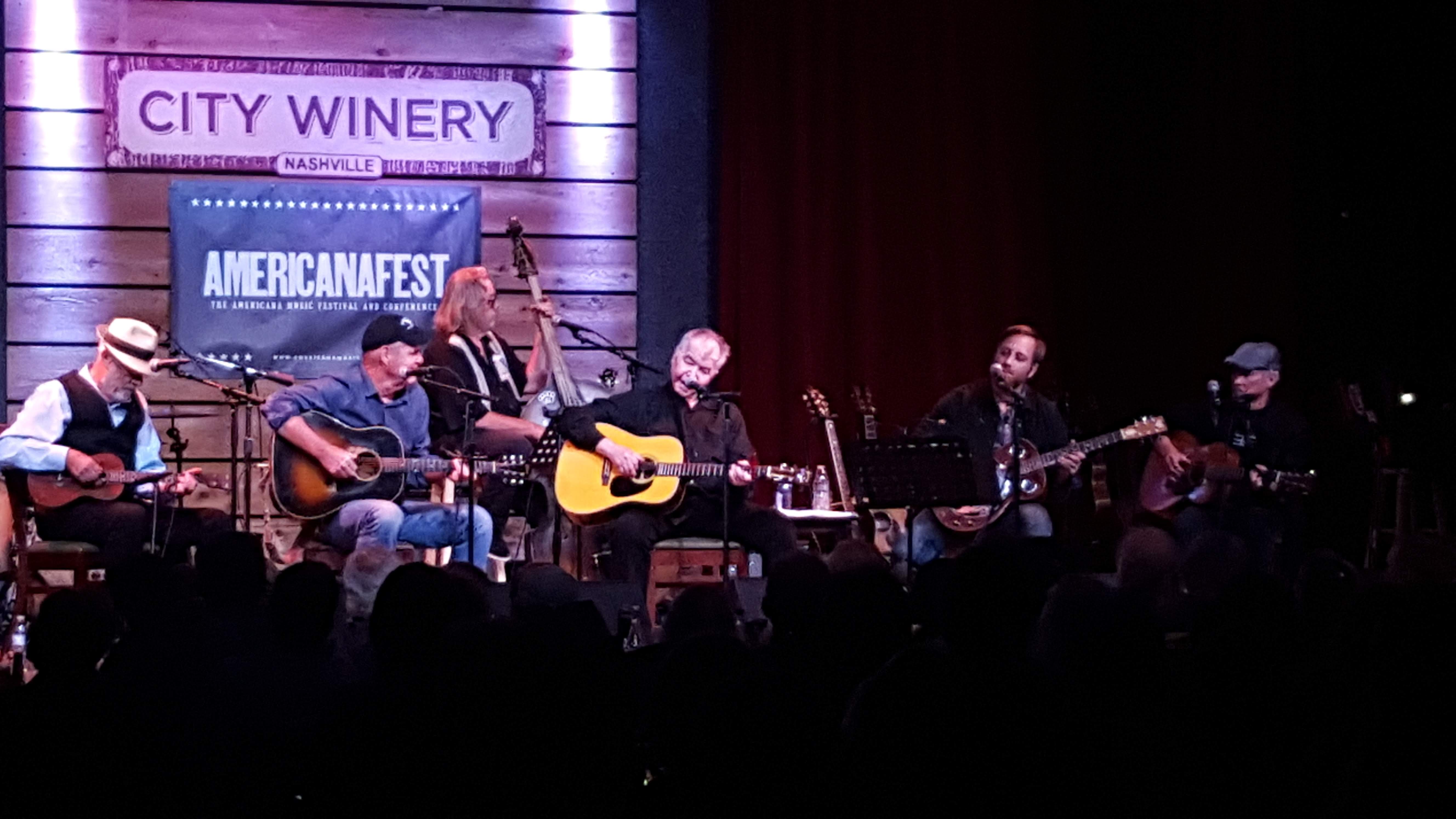 Imagine sitting on a porch with some friends singing folk songs. That was the feel of the room when John Prine held court at City Winery on Tuesday night. Prine and his friends — including Dan Auerbach and longtime collaborator Pat McLaughlin — played Prine’s new album as they swapped stories about its recording and Prine’s colorful life. 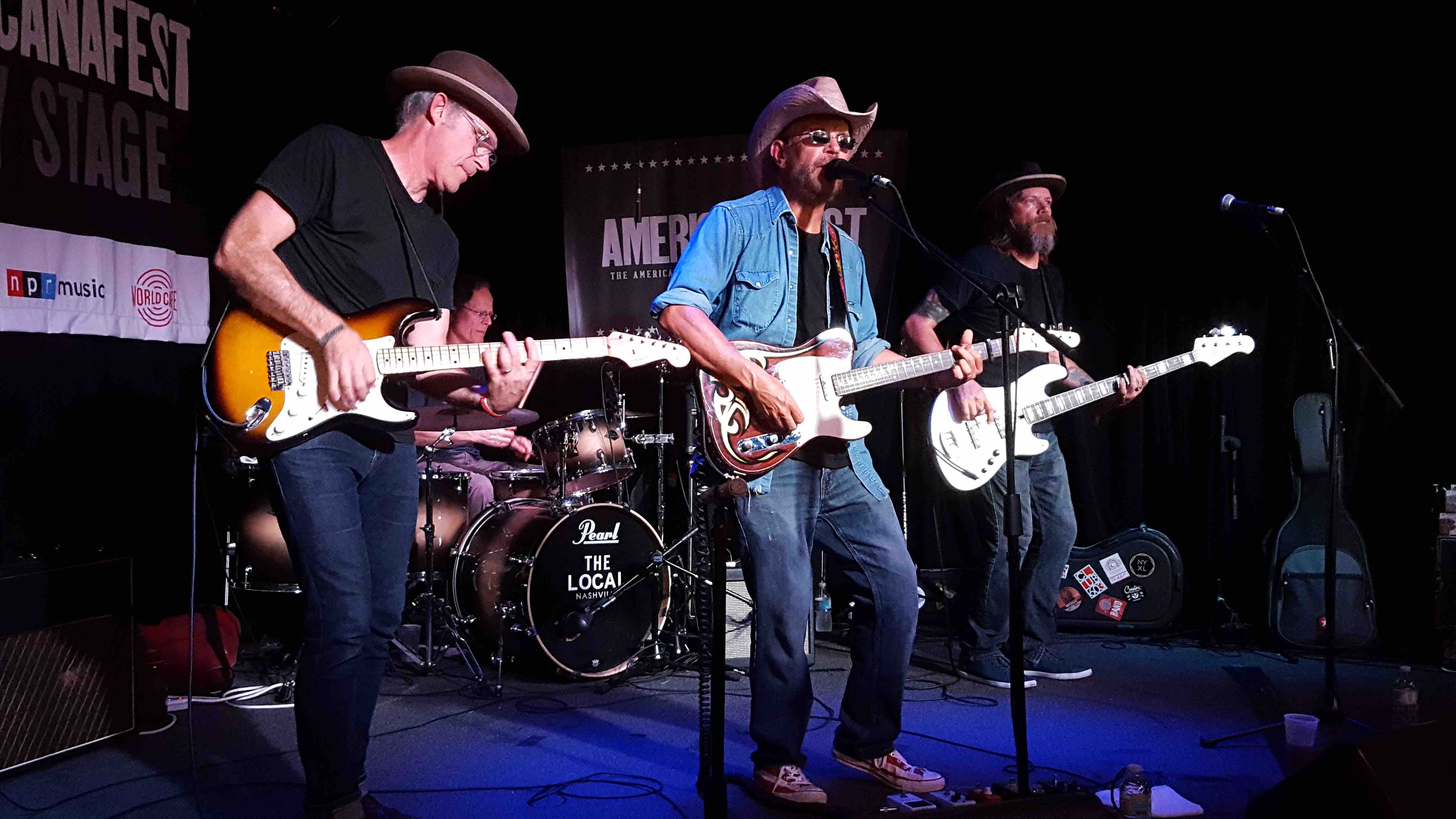 While the Bottle Rockets have increased their touring schedule in recent years, I still rarely get the chance to see them live. So catching their rock show three times at the Americana Conference was a special treat. They previewed songs from their forthcoming new album as well as took requests from a long list of incredible fan favorites. 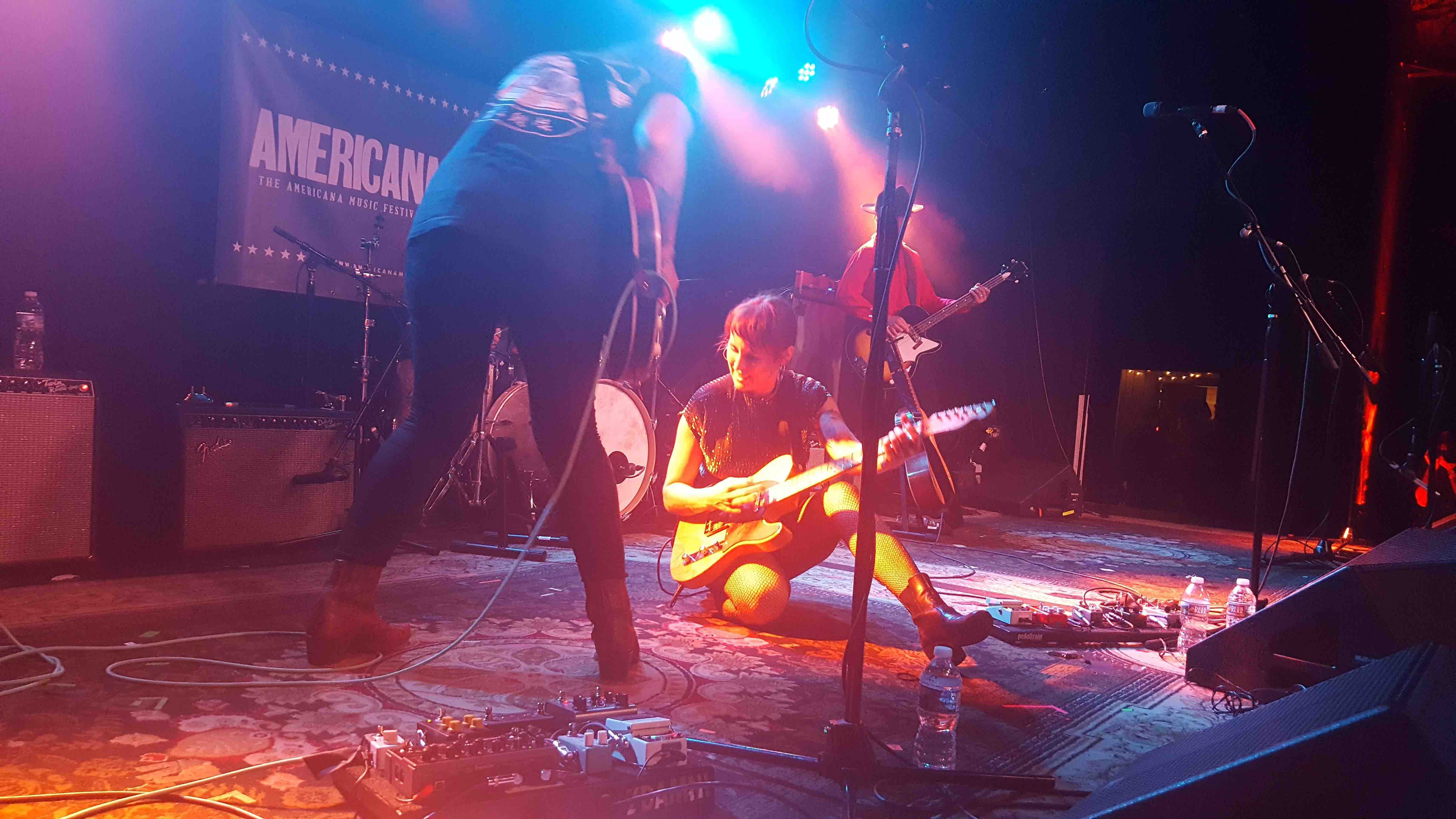 I’ve mostly seen Ruby Boots play solo sets but she took advantage of a hometown show to bring out an all-star band that included Brandy Zdan on guitar. I caught two sets – both were raucous but she gloriously bordered on punk rock at times during her outstanding Bloodshot Records day party set. 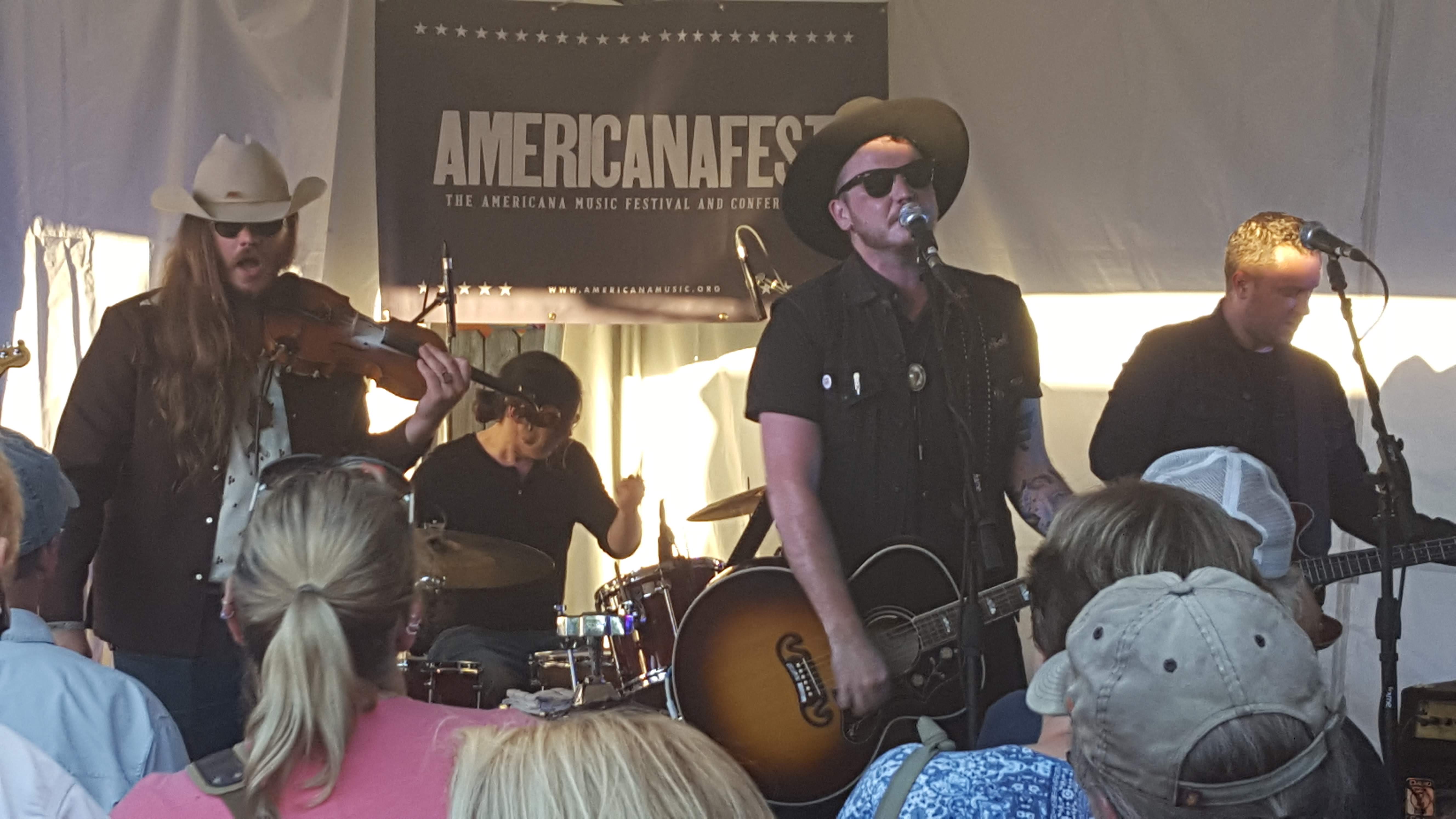 The crew at Bloodshot Records sure know how to throw a party. Among their guests this year were Dallas roundhouse rockers Vandoliers, who previewed some mighty fine songs from their forthcoming Bloodshot Records debut. 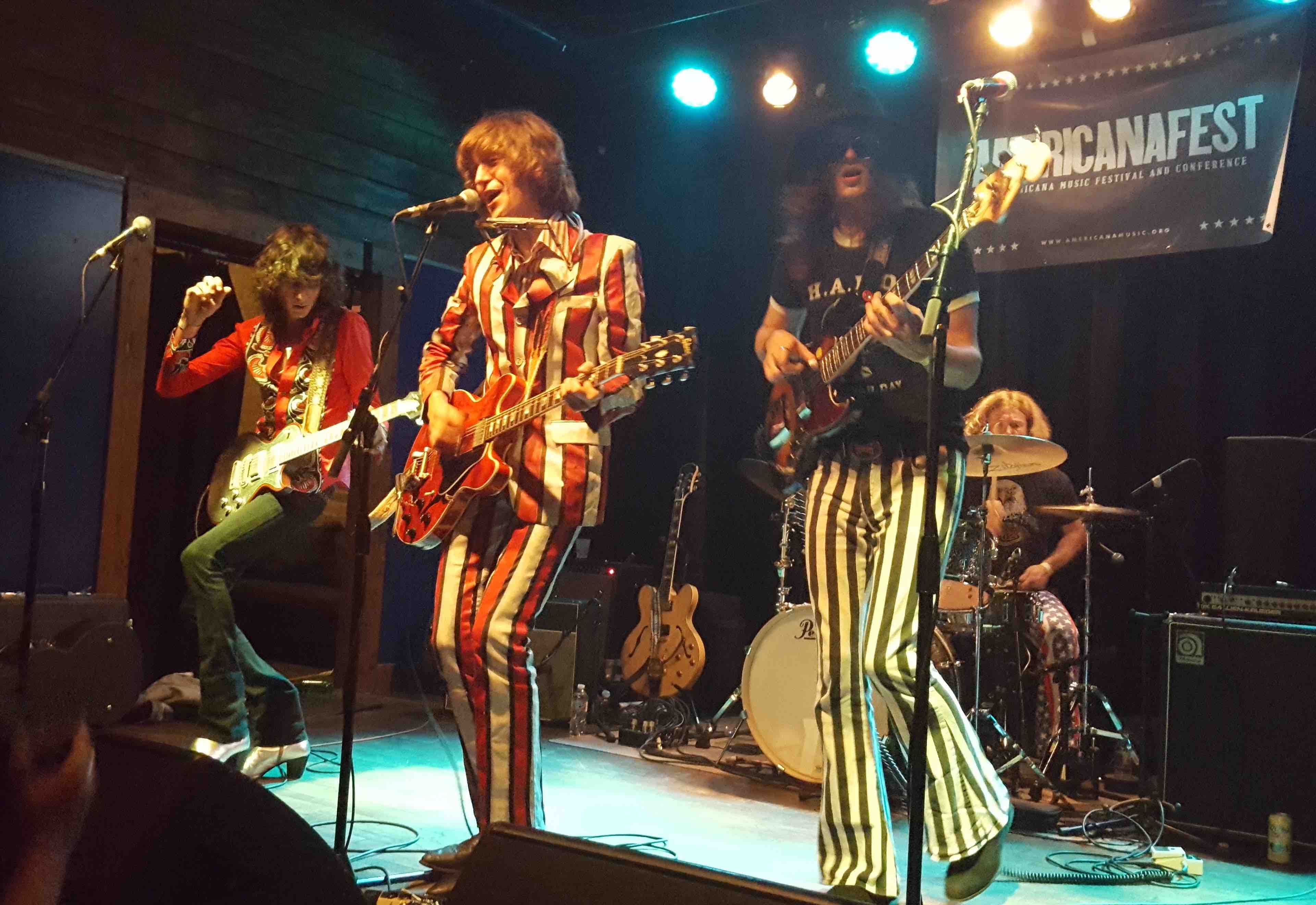 When you want some down and dirty rock and roll, it’s hard to go wrong with the Blackfoot Gypsies. Their twin guitar assault hit the spot when I needed an energy boost to propel me through the night. Impressive suit, isn’t it?