Synergy is such an over-used word, but the idea is so important you can’t stop using it in protest, especially when you witness how a band comes together as something greater than the individuals.  On her latest album, Aiofe O’Donovan (pronounce Ee-fah if you’re new to her music) has captured that magic in a single night’s performance at The Sinclair in Cambridge, MA.  Her band, consisting of guitar/vocalist Anthony Da Costa and drummer Steve Nistor, came together to support her album, In the Magic Hour.  Just a few months later they realized they had something special and recorded a live album.

Man In A Neon Coat consists primarily of the content of her first two albums, Fossils and the aforementioned In the Magic Hour.  Just because you’ve heard those, though, is no reason to bypass this album.  O’Donovan’s soaring vocals and songwriting prowess are critically-acclaimed for very good reason on those first two records.  But she and the band take it to a new level now.

Da Costa’s guitar turns The King Of All Birds into a rock and roll number that suddenly you could imagine Bono belting out in an arena.  Da Costa adds some fuzz to Porch Light for a texture the acoustic version doesn’t have.  Nestor starts Detour Sign with a percussive element that gives it a blue collar sound.  Even my favorite O’Donovan song, Magic Hour, comes across with a richness I hadn’t heard before with layers of aural magic to accompany the lyrics.  Briar Rose gives off a hint of New Orleans second line now. 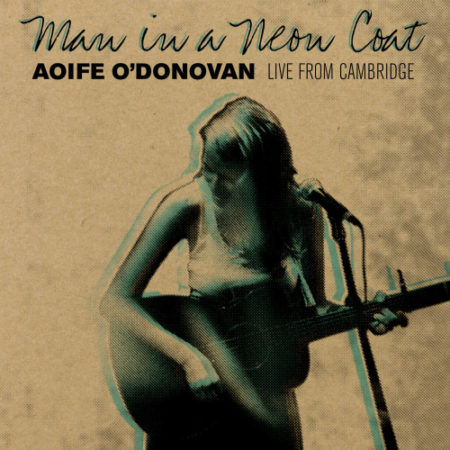 The first couple of times I heard her music, people would always add that Aoife was the lead singer of Crooked Still.  With Man In A Neon Coat, that time has passed.  O’Donovan is a talent in her own right, and there’s no better way to catch up on what you missed than to pick up this recording that shows what it’s like when a great venue and a great band come together.