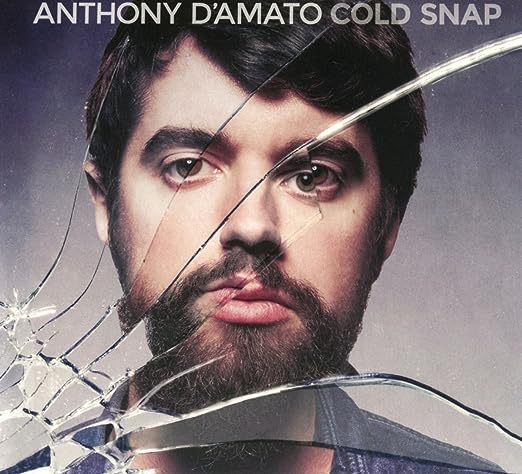 Singer-songwriter Anthony D’Amato stretches out on his latest release, his second for New West Records. An acoustic guitar may still be his instrument of choice but the arrangements are robust and more orchestrated, reminiscent of Josh Ritter’s more recent work.

Cold Snap was recorded in Omaha, NE with producer Mike Mogis, who brought in an all-star team of local musicians that included Conor Oberst. The musicians added textured layers of guitars, strings and other instruments. The result is an album that is both biting and reflective, ruminating and resolute.

D’Amato’s hallmark is the intelligence and thoughtfulness of his lyrics. He uses relatively simple language to convey complex situations and emotions. “I’m not sick but I’m not in the best of health,” he sings on the rowdy “Ballad of the Undecided” as a honky-tonk piano goads him along.

He often uses a repetitive structure in his lyrics, perhaps reflective of his time spent studying with Pulitzer Prize-winning Irish poet Paul Muldoon. In the hands of someone less skilled it might come across as lazy writing but in D’Amato’s hands it gives his lyrics their own melodic flow.

D’Amato tackles topics ranging from the personal to the political. In the former category, he captures the nervous excitement of a new relationship (“I Don’t Know About You”) and the fear of commitment (“Rain on a Strange Roof”, “Ballad of the Undecided”). In the latter category is the somewhat prophetic “If You’re Gonna Build a Wall” – a brooding song that reflects on the turbulent social and political times we currently face. “If you’re gonna build a wall,” he warns, “you better be ready to take a fall.”

From start to finish, Cold Snap documents an artist continuing to grow and evolve. I, for one, am enjoying this album and looking forward to seeing where he ventures next.

The Westerner by John Doe 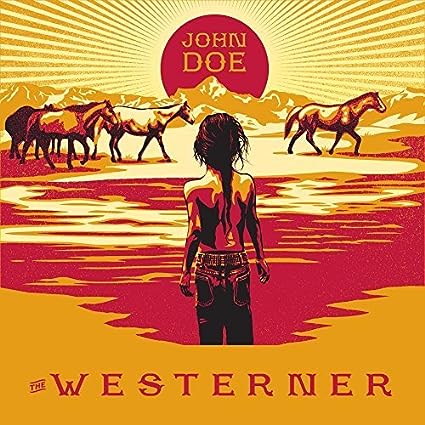 John Doe has a powerful way of cutting to the quick, whether he’s singing about politics or the human condition. He infuses his songs with a strong social conscience, yet does so without being overbearing.

His latest release only furthers the point. The Westerner is dedicated to, and imbued with the spirit of, Doe’s late friend, author Michael Blake (“Dances with Wolves”). Among the most moving moments is Doe’s haunting take on X bandmate Exene Cervenka’s ”Alone in Arizona.” Doe’s vocals may be somewhat restrained but they convey tremendous emotion. “The road is rough, I’m losing you” he sings as psychedelic and Spanish guitars gently wash around his vocals.

It’s equally difficult not to get caught up in “A Little Help,” a gentle plea to get through some difficult times. Doe sings it from the perspective of someone who, although self-reliant, is realizing that one can’t survive entirely without the generosity and support of others. “Help me, won’t you help me,” he sings, “not all the time or every day just need a little help today.” It is a song both potent and poignant.

Lest anyone think that the album is entirely ballads, Doe showcaes his rugged rock side on tracks like “Go Baby Go” and album opener “Get on Board.” The former track is an electric guitar-fueled rave-up with guest vocals from Blondie’s Debbie Harry while the latter plays like the raucous cousin to Curtis Mayfield’s “People Get Ready,” with Doe howling:

The Truth Won’t Set Us Free, Sara Watkins (from the New West Records release Young in All the Wrong Ways)

Young in All the Wrong Ways is a new high water mark for an artist who, while only in her mid-30s, has been performing for nearly 20 years. The album contains two figurative sides. Some of the songs, such as “The Truth Won’t Set Us Free”, amble with a classic country feel. A contemporary sheen keeps them from sounding retro, however they certainly the spirit of a bygone era.

The second side has a more turbulent edge. Watkins sings “I want you to move me” on the similarly titled song with a fierceness that combines desperation and demand. That attitude and sense of longing permeate Young in All the Wrong Ways, as if the singer is anxiously seeking to find solid ground amidst a tumultuous time.

Her renowned fiddle makes the occasional appearance but the accompaniment is mostly relegated to an all-star cast that includes 3/5ths of the Punch Brothers (including album producer Gabe Witcher) and Jon Brion. Throw in guest vocals from Jim James, Sarah Jarosz and Aoife O’Donovan and you’ve got something special.

It’s Been All Over Before, Tommy Womack (from the self-released Namaste)

Tommy Womack is an Americana original. The Nashville-based artist is a colorful – and talented – songwriter. He pulls his topics from his own life and his encounters with the world around him, always adding his distinct perspective. Whether it’s an indictment of modern country on “When Country Singers Were Ugly” or his near-death experiences from both drug addiction and a car crash while touring on “I Nearly Died,” his tongue is often firmly planted in check. “You didn’t need sex, lies or videotape, just a truck and a Friday night dance,” he sings on the former track, a reflection of a bygone musical era, “when country singers were ugly and a man like me had a chance.”

Womack is at his finest when he waxes poetic in his highly literate style, as he does on the jazzy spoken word of “Nashville,” a scathing takedown of his adopted hometown. And then there’s his abbreviated tour of music history, “Darling Let Your Freebird Fly,” that comes complete with a swipe at a trio of 1980’s icons, “Sting, Geraldo and Chevy Chase were all considered cool at one time.”

Yessir, Womack is letting HIS freebird fly on Namaste.

Waiting Here on You, Ethan Crump (from the self-released Hell Fire and Amazing Grace)

Ethan Crump sings with a wisdom far, far beyond his meager 19 years. He can’t disguise the youth in his voice but the songs feel like they’ve been steeped in the Georgia woods that his family has called home for generations. In that vein it shouldn’t be surprised to learn that much of Crump’s songwriting is inspired by the stories that his grandmother – “Nannie” – and her siblings would share around the lunch table. One can hear shades of their Depression-era upbringing, not to mention murmurs of the rural Georgia landscape, in his songs.

We’re Really Gonna Do It, Hotel Lights (from the Bar/None Records release Get Your Hand in My Hand)

I’m playing a bit of catch-up with this album, which was released back in March of this year. Hotel Lights is the brainchild of Ben Folds Five drummer Darren Jessee. As with the band’s previous releases, the songs flow with a gentle grace as Jessee ponders all sides of romantic relationships. This track is a particular stand-out, a somewhat somber yet heartfelt love song. If you’re looking for a soundtrack to accompany your summer daydreams, this is the album for you.

If you ever needed proof that Nashville was more than country, then look no farther than Diarrhea Planet. Upon hearing the name one may be tempted to write the band off as a novelty act, perhaps even more so upon learning that they are fueled by four guitarists.

One listen to the band’s hooks, however, will change that perspective. They toss them out with furious precision, loud and proud. One request fellas, please never title an album Pepto-Bismol.

Shot in the Dark, Faithless Town (from the self-released Empires)

Atlanta-based Faithless Town’s 2012 release included one of my favorite songs of that year. So let’s just say that I had high expectations for their follow-up. Four years down the road it has (finally) arrived and it doesn’t disappoint. It’s still a brawny rock album at its core, but the sound has evolved to include some 1980’s pop elements. The band’s signature soaring choruses remain intact and are ripe for sing-alongs.