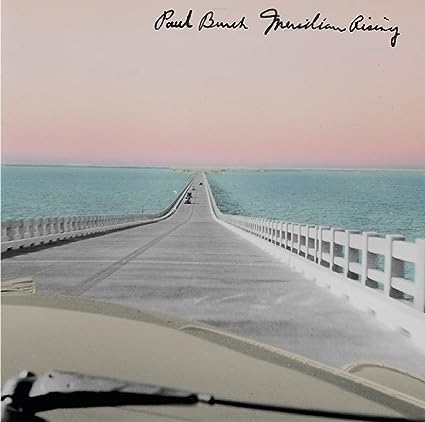 Paul Burch is a musician’s musician in the truest sense of the word. Admired by peers (who regularly lend their talents to his recordings), he is also ambitious with his musical exploration. Case in point – his latest release is a fictionalized take on the life of early 20th century country pioneer Jimmie Rodgers.

Burch didn’t take the project lightly. He did extensive research on Rodgers’ life, ultimately translating moments and periods from his subject’s life into colorful song vignettes. Musically Burch transports the listener to a bygone era with proficiency and flair. There’s plenty of old-school country, for sure, but there are also hints of jazz and R&B that foreshadow the eventual emergence of rock and roll. The result is a piece of work that speaks not only to Rodgers influence, but also considers the impact and evolution of country music.

As a bonus, Burch provides a wonderful written accompaniment to the album on his web site. It chronicles Rodgers’ life and maps it to the songs of Meridian Rising. Consider it required reading as you get lost in Burch’s telling of the Rodgers tale.

So Many Teardrops, Bob Woodruff (from the Steel Derrick Music release The Year We Tried to Kill the Pain)

It shouldn’t come as a surprise that Bob Woodruff counts the late Doc Pomus, he of 1960’s Brill Building fame, as a mentor. Like Pomus, Woodruff deftly portrays human emotion with simple language and melodies that are immensely engaging. It doesn’t hurt, of course, that his frequent topical focus – love gone wrong – has a universal appeal. Woodruff does it right in every way, bringing the songs to life with a world-weariness in his voice. The impact extends through the musical accompaniment which injects both an insistent rhythm and an air of wistfulness.

The performances conjure up images of a musician who has logged more miles and played more country dive bars than he chooses to remember. I suspect that Woodruff would confirm this to be the case.

Had Enough, Waco Brothers (from the Bloodshot Records release Going Down in History)

I’ll admit that I’m something of a late-comer to the Waco Brothers. I’ve known about them for years, but hadn’t really spent much time with their music. There’s no real explanation for this but let’s just say that I’ve got some catching up to do.

Their latest release rocks with abandon, filled with fist-pumping anthems and rambunctious rock and roll. The lyrics may tend towards foibles and failures yet they somehow find a way to make spirited and infectious. I suppose that one could say that they’re rooted in country – the ethos is certainly there – but they engulf it in a wash of blazing guitars and pounding rhythms. Regardless of what you call it, one’s things for sure — it’s damn good.

Talk about an enticing collaboration: about a year ago singer-guitarist Johnny Irion took a break from his recent folk outings and, with the help of Tim Bluhm (Nikki Bluhm and the Grambers, The Mother Hips), cranked up his electric guitar. The two whipped up something special, an album that hearkens back to the 1960’s classic rock era yet does so without feeling dated. Each song on the resulting release is filled with an abundance of crunchy guitars and pristine harmonies. In doing so they strike a compelling balance between the freewheeling attitude that will appeal to the jam band crowd and the melodic polish that will attract the pop enthusiasts. The result is a sound that owes as much to the Beatles as it does to the Jefferson Airplane.

Only Sane Mother F*****, Henry Wagons (from the Metropolitan Groove Merchants release After What I Did Last Night)

Wagons may hail from Melbourne, Australia but he fits right in to Nashville, the town he visited to record his latest album. Backed by some talented local players, the singer-songwriter whips up some rowdy country music in his own inimitable style. He wraps his distinctive baritone around songs that range from the good time boogie of “Tomboy” to the 1970’s country flair of “Cold Burger, Cold Fries.”

His lyrics tend towards the colorful end of the spectrum. “Cold burger, cold fries, yes that’s all I deserve after what I did last night,” he sings on the aforementioned burger song, “I’m eating my just desserts.” He gets a bit more, um, spirited, on the boisterous “Only Sane Mother F*****.”

Ok, so maybe his colorful personality doesn’t fit Nashville quite right. I’m not worried, though. They’ll come around.

Right There, Mia Dyson (from the Black Door Records release Right There)

There are lots of dark shadows hanging over Dyson’s latest release. Heck, one of the songs is called ‘The Sad Part of Feeling Good.” Across five tracks she chronicles everything from teenage rebellion to strained relationships, the ache in her voice giving each song a brutal honesty. She sets these tales against melodies that are catchy and alluring, making the music as memorable as it is powerful.

Nigel Hall likes his music sweet and soulful, thank you. It’s a quality that has endeared him to a multitude of artists — including the Tedeschi Trucks Band, Pretty Lights and the Warren Haynes Band, to name just a few — who have invited him to play on their albums.

Here, however, he steps out on his own with a debut release that recalls Al Green’s and, on occasion, Earth Wind and Fire’s finer moments. The grooves abound as Hall, ably assisted by folks like Questlove and Ivan Neville, offers up a master class in classic 1960’s/1970’s R&B.

I Wanna Get Drunk, Silver City Bound (from the self-released Take My Picture)

The title of this song aside, NYC-based Silver City Bound are a party band in the truest sense of the word. Their songs are filled with catchy melodies and plenty of harmonies, rock-centered but flavored by country and zydeco along the way. It’s loose in all the right ways, calling to mind the Flying Burrito Brothers with aspects of Little Feat and the Band thrown in for good measure. This is the kind of music that beckons the listener to the dance floor, regardless of whether there is one around or not!