Charlie Musselwhite is one of those guys who has been around so long it’s difficult to picture a blues scene without him. Once among the first American white musicians to embrace the blues, Musselwhite now stands among the top living blues musicians of any color, and, along with James Cotton, one of the most accomplished blues harp players on the planet. 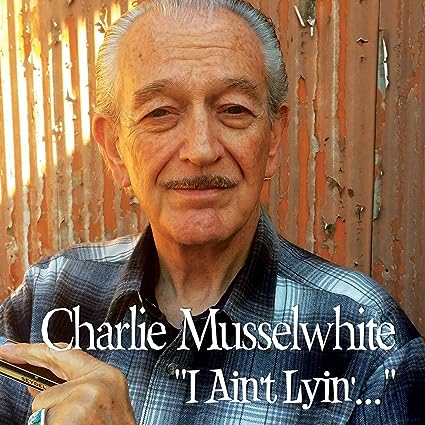 Along with contemporaries like Paul Butterfield, Musselwhite embraced the blues at a time in the 1960s when any white blues musician risked being labelled an imitator or, worse, an exploiter of the art form pioneered by African-Americans. But Musselwhite, originally from Mississippi himself, revered the music and earnestly pursued excellence. In 1967, when he was only 23 and already a fixture in the Chicago blues scene, he made his first album, Stand Back! Here Comes Charlie Musselwhite’s Southside Band, which is widely recognized as a classic.

Through many recordings, and many years of hard living, Musselwhite has persevered. He recorded steadily throughout the 1970s, but his productivity fell off in the 1980s. In 1987, he hit bottom and quit drinking, inspired by the courage of “Baby Jessica” McClure, the young Texas girl who captured the nation’s attention when she was trapped at the bottom of the well. (He tells the story in the song “The Well,” off the 2011 album of the same name.)

In the 1990s, Musselwhite made several outstanding albums, including Signature and In My Time, for Alligator Records, but he really hit stride in the 2000s, with his outstanding Sanctuary in 2004, and then Delta Hardware in 2006. After The Well, he collaborated with Ben Harper on the well received Get Up! in 2013.

I caught Musselwhite’s band in 2011 shortly after he released The Well and was charmed by the old pro Musselwhite, but my interest in his young whippersnapper guitarist Matthew Stubbs piqued enough that I tracked down a couple of Stubbs’ own Danny Gatton-like instrumental albums. Stubbs’ Soul Bender and Medford & Main show more than just potential – they are captivating in their own right.